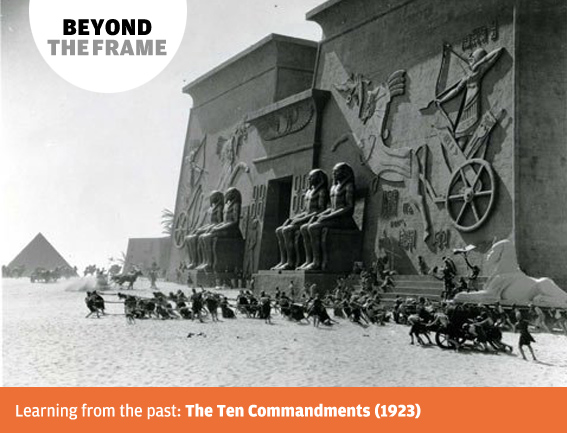 In our new feature, Chris Rogers explores the relationship between the built and filmed environments.

#1  Defining the Frame
Before visual effects, there was reality. The earliest films were shot on location, in and around the buildings that filmmakers were familiar with. Houses, factories, stations; all were used to tell stories. And by using everyday settings that an audience could immediately relate to, their understanding of those stories was fast-tracked, despite the shock of a new medium.

Soon, seeking more control, the set and the studio were created. Initially these environments copied their real-life counterparts, to still ground characters in a believable reality. Already, directors knew that certain types of space carry certain associations, and by their very form evoke a mood or a feeling. But reality was quickly exaggerated, extended, altered; supplanted by fantasy. With a far wider canvas at their disposal than in the theatre, a tantalising extra dimension could be explored. Ever since, architecture has been intimately linked to film.

As ambitions grew so did scale, and the grand architecture of major public buildings, whether neo-Classical town halls or Baroque churches, became favoured locations. These and sets were combined in imitation of other sites too expensive or too difficult to film, or used to bring to life fictitious places so convincingly that they seemed real. Conversely, where buildings used as locations no longer exist, film develops into architecture’s memorial, delicate celluloid preserving solid stone. 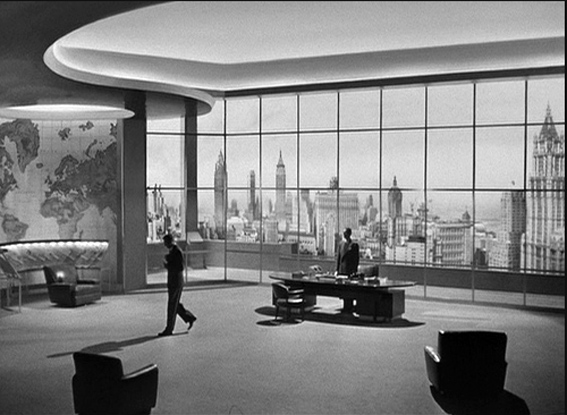 Sometimes the worlds of film and architecture collide delightfully. Century City was a new business district for Los Angeles built on part of Twentieth Century Fox’s backlot after box office returns slowed, yet it promptly became a useful location for the studio’s films for the next twenty years including Conquest of the Planet of the Apes and Die Hard. Frank Lloyd Wright, one of the world’s greatest-ever architects, was to design the buildings of fictional architect Howard Roark for King Vidor’s adaptation of The Fountainhead until he demanded a fee equating to a major portion of the entire production budget. The extravagant, near life-size reconstructions of Egyptian temples from DeMille’s The Ten Commandments were buried in the California desert for half a century but are now being excavated like the archaeological digs that brought the originals to the world’s attention. The Big Apple has been played with varying degrees of credibility by St Louis in Escape from New York, Pinewood studios’ backlot in Eyes Wide Shut and Milton Keynes in Superman IV.

In more than a century of film, directors have carefully sought out architecture with impact, resonance and texture, and responded to it superbly. Audiences have been equally eager to discover their own reactions to these choices  when entering that darkened cinema, and to learn what lies outside the window, through the door and beyond the frame.