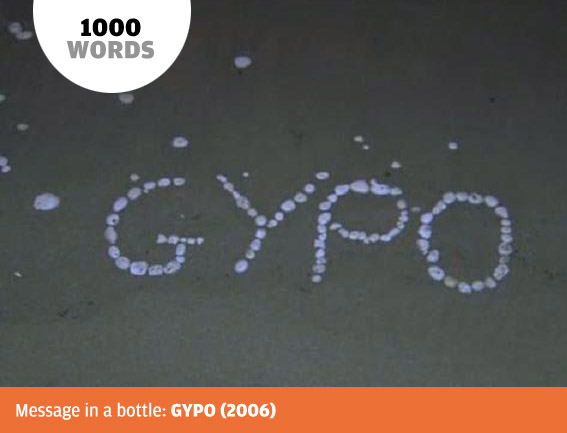 Picking up on the theme of transition in issue 14 of The Big Picture magazine, Jez Conolly looks back at three films concerned with the pre- and post-millennial influx of refugees into the UK. In each case the director elected to employ the liminal non-spaces of British seaside resorts as the setting for their stories of asylum seekers caught in limbo, thereby demonstrating how coastal locations can be used to lend a metaphysical and cultural emphasis to the plight of the characters temporarily ensnared within them.

The daytime exterior shots of the beach and promenade used in Michael Winterbottom’s I Want You (1998) show the fictional Farhaven (the film was shot in Hastings) bathed in an unnatural sulfurous yellow light, lending the locale a purgatorial complexion, one reminiscent of aspic or amber in which the characters are trapped. An early parallel between fossils hewn from the local rocks and the predicament of Farhaven’s inhabitants encased in its resinous margin emphasizes this.

Honda, a young Eastern European immigrant, and his older sister Smokey inhabit a dilapidated beach house set apart from the town. Smokey exercises her Catholicism and her sexual appetite with equal fervour, forging her energies as a nightclub singer on the isolation of the stage, enveloped in an otherworldly, blue aquatic light. Honda has been rendered mute by the death of his parents and attempts to make contact with the world with an array of listening devices and recording equipment. It is as though he is holding an ear up to the thin barrier that separates him from the world. 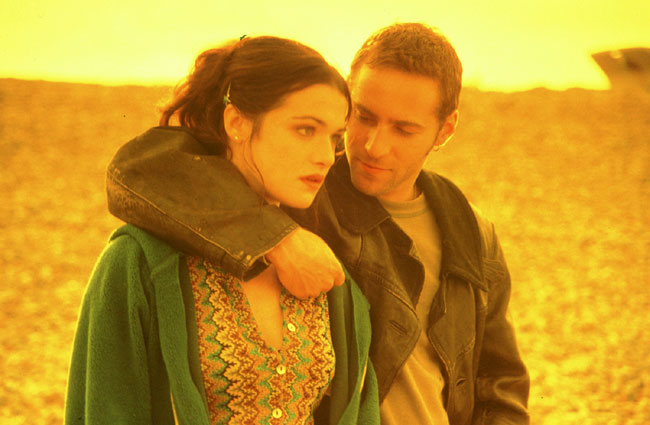 At one point he uses an electronic ear to penetrate the fly-specked windscreen of a car and hear its occupants, at another he is pressed against the thick glass in an aquarium attempting to detect the sounds of the creatures on the other side of the thickened glass. He even sticks microphones to a beachfront apartment window in order to listen to the conversation within, a metaphorical identification, acknowledgement and attempted penetration of the dividing ‘skin’. Several brief distorted replays of earlier scenes seen from the point of view of Honda’s mind’s eye punctuate the film, seemingly shot through a thickened, gelated lens to further emphasize the clotted, hermetic nature of Farhaven.

Pawel Pawlikowski’s Last Resort (2000) tells the story of Tanya, a young Russian woman, and her ten-year-old son Artiom, who arrive in England hoping to meet the man Tanya considers to be her fiancé. The fiancé fails to appear, and threatened with being sent back to Russia, Tanya impulsively claims political asylum. Mother and son are rapidly deposited in the fictional rundown South East coast resort of Stonehaven (doubling for Margate where the film was shot) to await the results of the processing of her asylum claim. Tanya and Artiom find themselves housed in a dismal high rise flat overlooking the bedraggled Dreamland funfair. 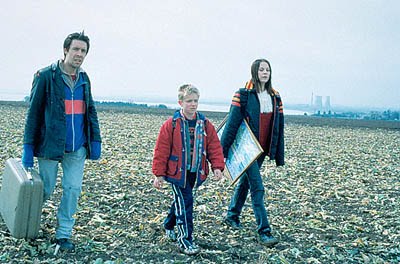 Last Resort positions its drama at the heart of the post Balkans conflict ‘moral panic’ surrounding the accommodation of immigrants from Eastern Europe. The cost of caring for asylum seekers fell heavily upon South East seaside resorts. Resentment among local residents in these places to the growing immigrant population was evident. Tanya’s story reflects the ongoing English national examination of identity in a post-imperial age that frequently concentrates on shoring up exaggerated or imagined venerated symbols of municipal pride and forces that which by its very existence would challenge the orthodoxy to the outer edges of debate.

Stonehaven is presented as an unremittingly bleak place; there are queues for the one working payphone, a slender lifeline to the outside world, and queues at the fish and chip shop, peddling battered fish with no fish inside the batter. The resort is a ‘designated holding area’ characterized by barbed wire fences, ubiquitous surveillance cameras and police canine units patrolling its perimeter. Tanya and Artiom’s means of escape is barred, not just by the physical and bureaucratic implements of containment but also by cultural and linguistic misunderstandings and obstacles.

GYPO (Jan Dunn 2005) shares much with, indeed owes a debt to, Last Resort. It is set amid the desolate off-season gaudiness of Margate, this time not allowed to have its blushes spared courtesy of a rechristening. Dunn employs a documentary visual style, albeit more aligned in tone to the mannered hand-held faux-naturalistic aesthetic of Dogme (in fact this was the first British film to be granted a Dogme95 certificate) than the Loachesque Brit Vérité –meets-skyscape poetry favoured by Pawlikowski, but enlivens the received reality grit with a narrative repeated three times from the perspective of a trio of central characters which serves to emphasize the roots of prejudice and unforeseen compassion. 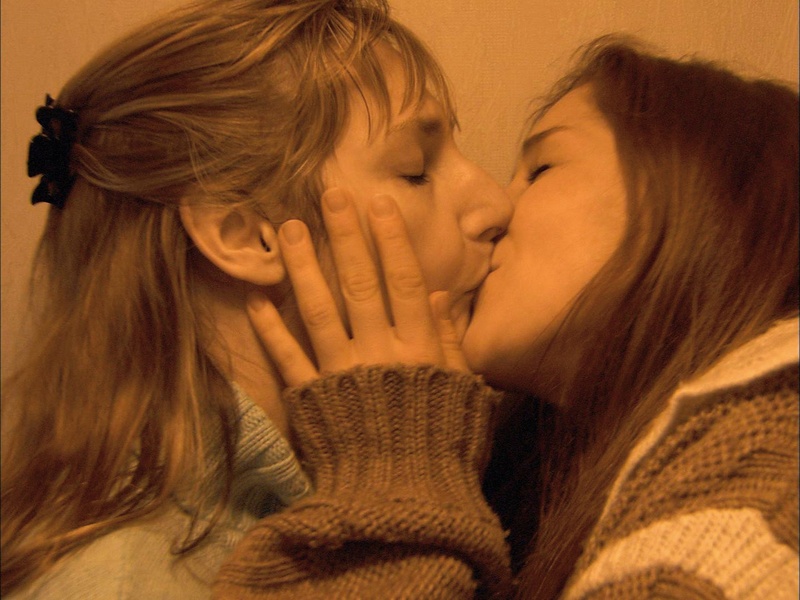 Each of the three ‘chapters’ is introduced with shots of the characters’ names written in pebbles on the beach: the working class couple Helen and Paul stuck in the rut of a loveless marriage and the Czech Romany refugee Tasha on the run along with her mother from a violent husband. All are at the mercy of tidal forces, washed up on the shore and marooned, lonely among the many. Where GYPO differs from Last Resort is that its story is as much about the residents’ response to the presence of refugees in their midst as it is about the refugees themselves. All three are initially stuck in the flypaper of Margate, destined to repeat their day-to-day existence ad nauseum in this Groundhog-Day-On-Sea limboland, a point emphasized by the replayed temporal loop of the characters’ respective points of view.

However all three are granted the liberation that they seek at the denouement; Paul is freed from his fear of change and the sclerosis of the poverty trap that he finds himself in, Helen is unfrozen from the monotony of her life with Paul and allowed to experience a sexual deliverance through her relationship with Tasha, and Tasha herself relinquishes her refugee shackles. In the iconic final shot she literally leaps off the tip of Margate into what we must assume will be a more secure future.