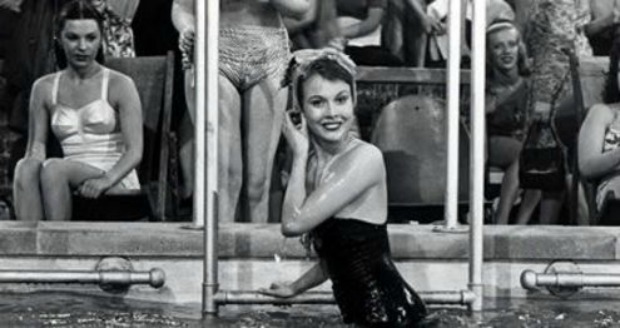 Jez Conolly plonks his deckchair on the beach, rolls up his trouser legs and dips his toes into Lindsay Anderson’s O Dreamland, a game-changing look at the British seaside holiday.

Films set in British seaside holiday resorts make for an interesting point of comparison if one is seeking to chart the course of national identity before and after World War Two. Two films from the 1930s and 1940s, Carol Reed’s Bank Holiday (1938) and Ken Annakin’s Holiday Camp (1947) portray holidaymakers cheerfully making the most of the permissive, liminal nature of their coastal destinations. By the time Lindsay Anderson, one of the co-founders of the Free Cinema movement, shot his 13-minute documentary O Dreamland (1953) in and around Margate’s seafront tourist attraction the jaundice of post-colonial decline is evident. 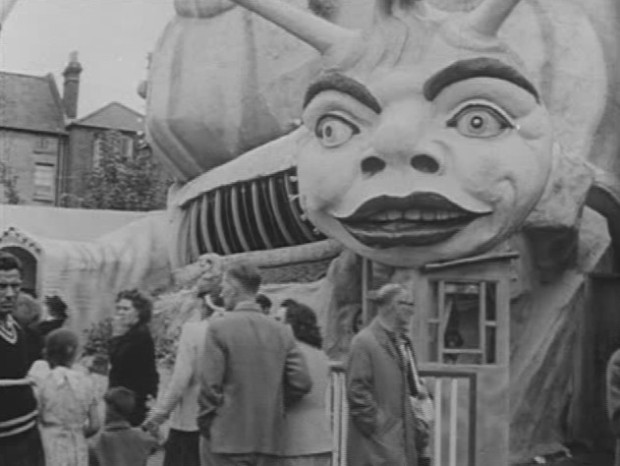 There are echoes in O Dreamland of the documentary footage crowd shots from Bank Holiday and mass entertainment activities featured in Holiday Camp, but instead of the hasty, high-spirited descent upon the resort we are shown in Reed’s film and the breezy ‘chin-up and enjoy it’ attitude of Annakin’s characters, we see packs of trippers, deposited by a troupe of charabancs and left to roam aimlessly around Dreamland’s arcades and attractions in a state of mute disengagement. Parents and children alike appear quite miserable, almost zombie-like; they disconnectedly gaze at the horrors of the wax museum, they drink tea and consume greasy food in a vast characterless canteen with little apparent sense of enjoyment or communality.

There is not much fun to be found at the fair, indeed the clear comment is that the people depicted simply do not know how to enjoy themselves. Almost nobody is seen to smile throughout the film, instead we see a cross-section of the weary, blank-faced post war masses practically herded from one corner of the funfair to the other by bingo callers, entertainment officials and stall-holders, shots frequently accompanied by an overlaid soundtrack of deeply ironic mechanical laughter sourced from the funfair’s resident ‘Laughing Policeman’ animated puppet, or the slushy jukebox intonations of Frankie Laine’s ‘I Believe’. 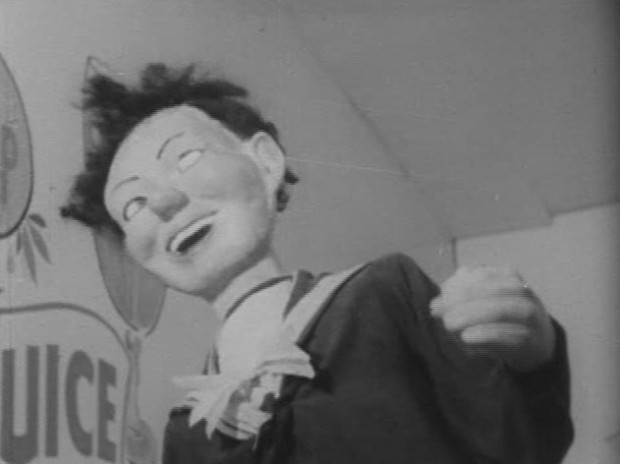 A common critical position on O Dreamland suggests that Anderson reflected a middle class condescension towards the working class, picturing them alternately as being exploited, or being complicit in their exploitation. For example, there are numerous shots of the holidaymakers’ feet as they shamble from one attraction to the next amid a maelstrom of litter suggesting that the people are only so much flotsam adrift in a mess of their own making. While this is fair criticism, it could be argued that the director’s position was borne as much out of a broader sense of disappointment, frustration and protest at what he perceived as the Nation’s post war social sclerosis, it’s peoples’ mass anonymity and apparent difficulty in shaking off its wartime ‘make do’ attitude and associated behavioural tropes.

However, rather than simply make scornful representations of the working class, he in fact reveals the peoples’ spiritual poverty and loss of identity and thereby their collective difficulty in finding amusement or pleasure even when it is laid out before them at the funfair. His venom is largely directed at Dreamland itself by presenting Margate and the tourist experience as shabby and superficial. 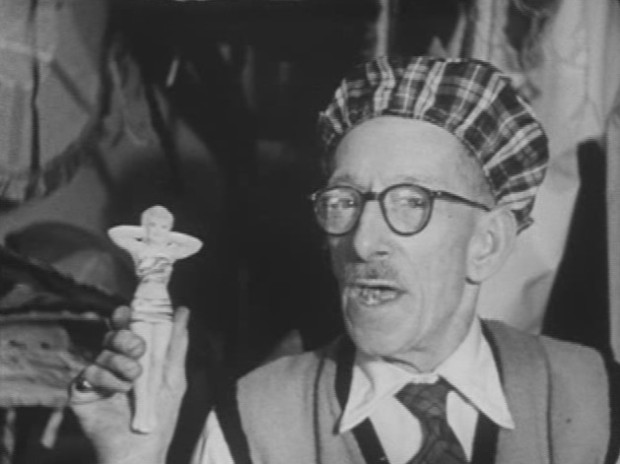 This cynical take on holidaymakers would be picked up some ten years later at a time when the traditional family holiday was beginning to fracture and the phenomenon of the empowered teenager was emerging. The rebellious youth cultures that developed in the 1950s and 1960s were inevitably drawn to the turbulent heterodoxy that the culturally ungoverned spaces of seaside resorts promised. Michael Winner’s The System (1964) steps inside the province of a group of young men headed by Tinker Taylor, a libidinous souvenir photographer played by Oliver Reed, who spend their summers working tourist locations by day and seducing young women by night. In The System we are not sharing in the collective gaze of the holidaymakers, instead we are privy to the point of view of Tinker and his colleagues as residents of the resort, complete with a hugely cynical assessment of the tourists that they prey on. At the beginning of the film Tinker educates a new member of his cabal by contemptuously referring to the tourists as ‘Grockles’ and defining them thus:

The Grockle is closely related to the Troglodyte. The troglodytes lived in a natural cave, stoned their grandparents to death and came out three times a year for food. A Grockle puts his grandparents in an old folks’ home, lives in a pre-cast concrete cave and comes out once a year to make a religious pilgrimage to the sea from whence he came. There he ceremoniously rolls up his trousers and dips his feet into the water.

Tinker and his cohort are not so much predatory as they are parasitic. They shamelessly live off the people who visit the resort in both a financial and cynically recreational sense. At one point Tinker reflects upon his approach to the visitors when in conversation with an associate: ‘We must take what we can from the tourists, gather nuts against a hard winter’. To compound this cynical attitude Tinker’s wider moral code is brought into question early on in the film when he coolly advises a friend, whose girlfriend is pregnant, to talk her into having an abortion rather than settle down as a family, even offering him the address of an abortionist. 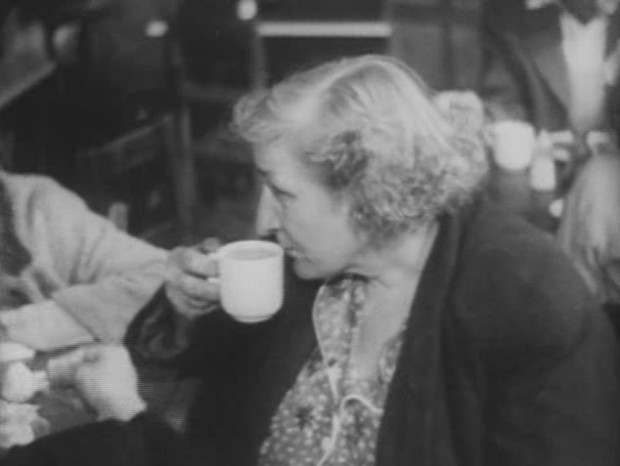 Yet despite this initially negative depiction Tinker is gradually revealed as a complex, restless individual and ultimately a sympathetic character who employs the roguish playboy persona to mask his loss of identity. He is not only trapped in the liminality of the resort but also caught in the space between class distinctions, belonging neither to the ‘Grockle’ set nor the Bourgeoisie, embodied by Society Girl Nicola (Jane Merrow) who captures then breaks his heart. The System is in part Anderson’s O Dreamland frustrations writ large, fleshed out in the form of Tinker’s ‘angry young man’ social exclusion and introspection. It takes the superficial social melting pot of the resort with the reliance on its rapid throughput of visitors and seasonal limitations to ensnare the character in a situation of disengagement and powerlessness leading to his crisis of identity. 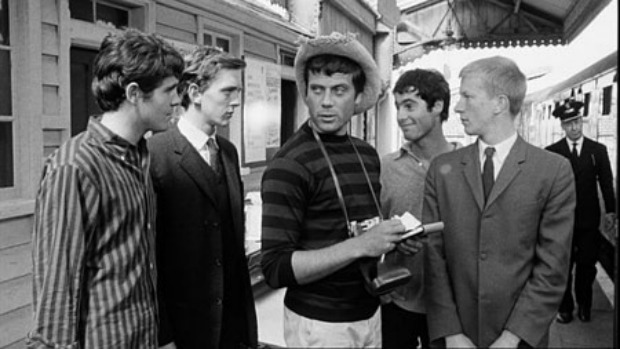