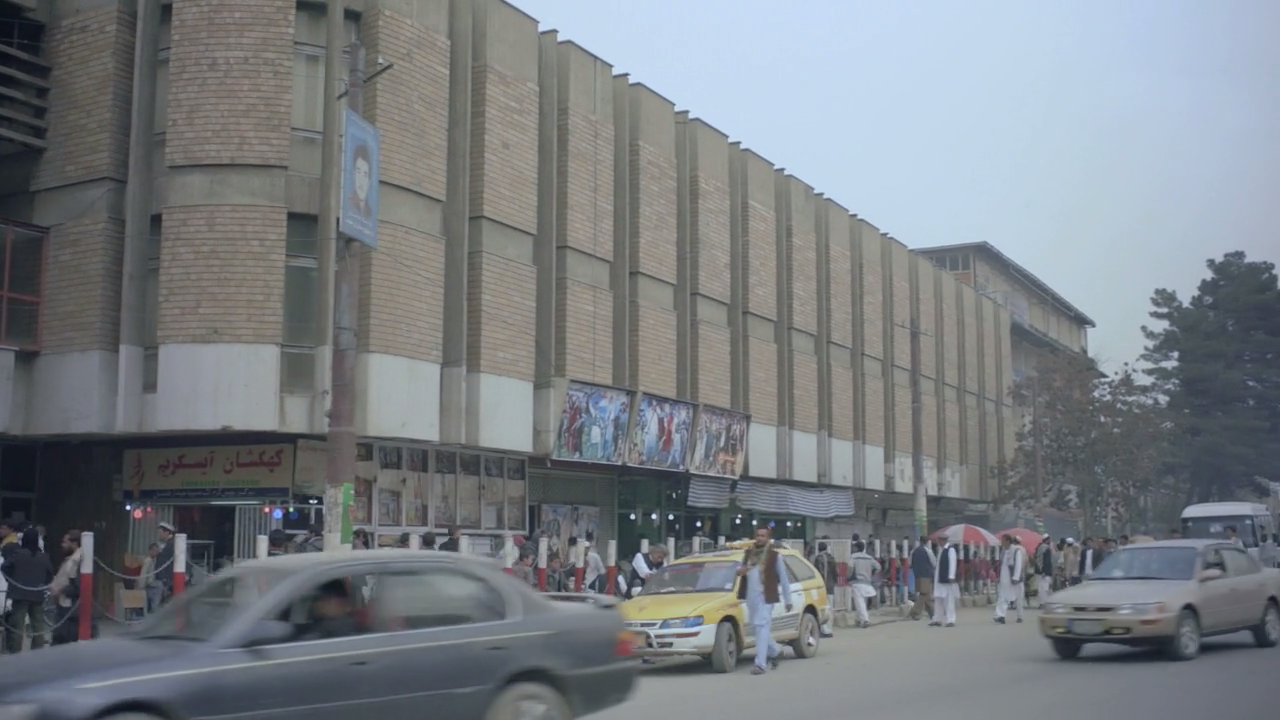 Martin von Krogh is an award winning photojournalist whose work for Newsweek took him to Kabul, the conflict-ridden capital of Afghanistan. Martin’s film Cinema Pameer is about the passion of those running and visiting the eponymous cinema, and their love of film in a difficult and frequently dangerous environment. With the help of Kickstarter funders, Cinema Pameer will screen at Cannes 2016.

We spoke to him about his Kickstarter campaign, and what it means to live, rather than merely survive, in a country scarred by conflict and on the brink of economic collapse.

Big Picture: Hello! How is your campaign going so far?

Martin von Krogh: This is my first Kickstarter campaign, I’m totally new to this. I’m amazed at how well it’s done so far, and the positive response we’ve received. So many people have reached out to us and backed the project, it’s really very humbling.

How did you get into photojournalism?

I started out in acting school, The Royal Dramatic Theatre School in Stockholm, and it went well up to a point. But by the age of 16, I’d had a life crisis and didn’t know what to do. I enjoyed the time I spent with the people I worked with, but hanging out with actors was difficult. Actors want to be seen, they need to be seen, and it was too much for me.

I wanted to do something more than just focus on myself. I’ve never been particularly academic (or a ‘study head’ if you were to directly translate it from the Swedish) but I’ve always been good with my hands. I thought about becoming a doctor, but before I pursued that, I discovered photography.

How did you come to work in areas of conflict, and why, for you, is it important to document these areas?

I’ve always been adventurous, so it stems from that. From travelling and taking photos, I went out to some conflict areas and discovered what photojournalists could do, so I kept on that track. I hoped that through my work, I could answer issues and questions. I began to learn the impact my photos had. I discovered that photography can be very powerful.

What drew you to Kabul?

I used to live in New Delhi, and I was covering that region – India, Sri Lanka, Afghanistan – as a photojournalist. Kabul came up as a routine assignment from Newsweek, all about the young suicide bombers over there. I decided to stay another week after the Newsweek assignment, and started to get to know the people and the place.

Why did you choose a cinema over any other community space? What was special about the cinema?

There’s not a lot of entertainment in Kabul, and this was the place I just happened to stumble into. I wasn’t looking for this story. This one is probably the ugliest cinema in Kabul; it’s a 60s, 70s build and looks really plain. But I became mesmerised by the cinema, the small details and the people.

How rare is it to find a cinema in Kabul?

It used to be a big thing, to go to the cinema in Kabul. Families could go. It was a big cultural thing, but not any more, after all of the conflict. Now, it’s not too common for people to go to the cinema because of the risk of suicide attacks; people are more likely to stream movies. But some people do still go to Cinema Pameer, and other cinemas. 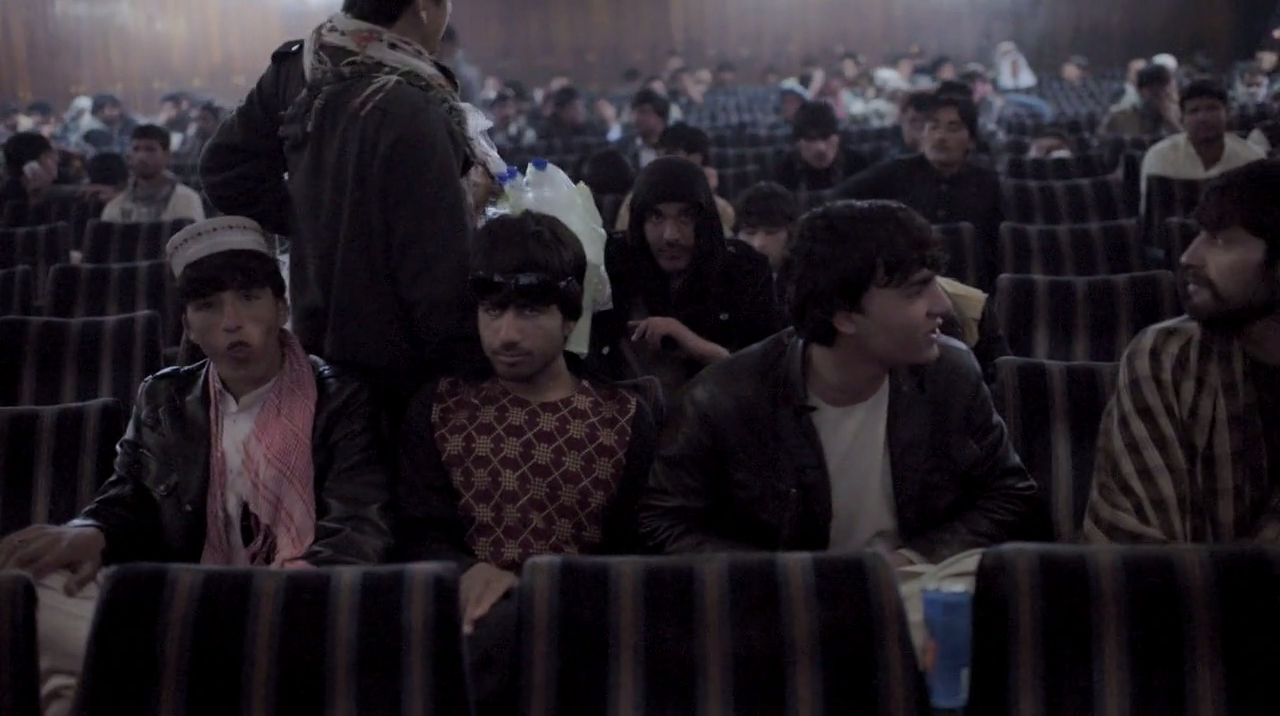 What does cinema mean to people in Kabul?

They want to go to the cinema for the same reason that we go. To see something new, to be entertained, to see friends. It’s a basic cultural need, the same as in London and New York. After a long day at work, it’s nice to settle down to watch a film, it doesn’t matter if it’s a silly film or a great film, it’s just a nice thing to do. It doesn’t matter that there’s conflict outside, that’s separate. But of course, you can tell there’s conflict there without even touching on the subject of war.

Political censorship and physical danger are all things that impact the daily running of the cinema. You said your aim isn’t to make a political film, but it will be, by its very nature, political. Do you want to actively steer people away from talking about politics?

It’s not a political film, and I don’t want to criticise the Taliban. I want to dig into people’s lives and discover what happened to the country. It will have layers of opinions, but it won’t be critical, it won’t criticise the US or the Russian invasion. Of course, you will inherently learn about history according to the Afghans, but I won’t give a strong speech about right and wrong. The film could’ve been filmed anywhere in this respect, it just happened to be filmed in Kabul. What’s interesting is the stories that emerge.

You will be letting people speak freely, yet it’s an area fraught with civil war. Do you have any measures in place to ensure the safety of your team and your subjects after the film has been released?

Yes. There are security concerns, and I’d prefer not to go into it at this stage. I’m very concerned, and I’m preparing. Of course there are things you cannot prepare for, but I believe that I’ve considered many potential problems, and have taken steps to avert these.

I will keep all opinions in the film. If a Taliban comes in to the cinema to watch a film, then I would like to hear his point of view as well.

Do opposing political groups go into the cinema together?

Yes. People get on in the cinema, and there are no real problems between different groups as far as I have seen. But I have a lot more to discover, and I don’t have all the answers yet. These things will be revealed during the filming process.

Has the cinema ever been threatened with closure?

It was closed during the Taliban uprising, but they’ve not since been threatened with closure, and not had any suicide attacks. But they constantly have a security guard on the door to check for bombs. 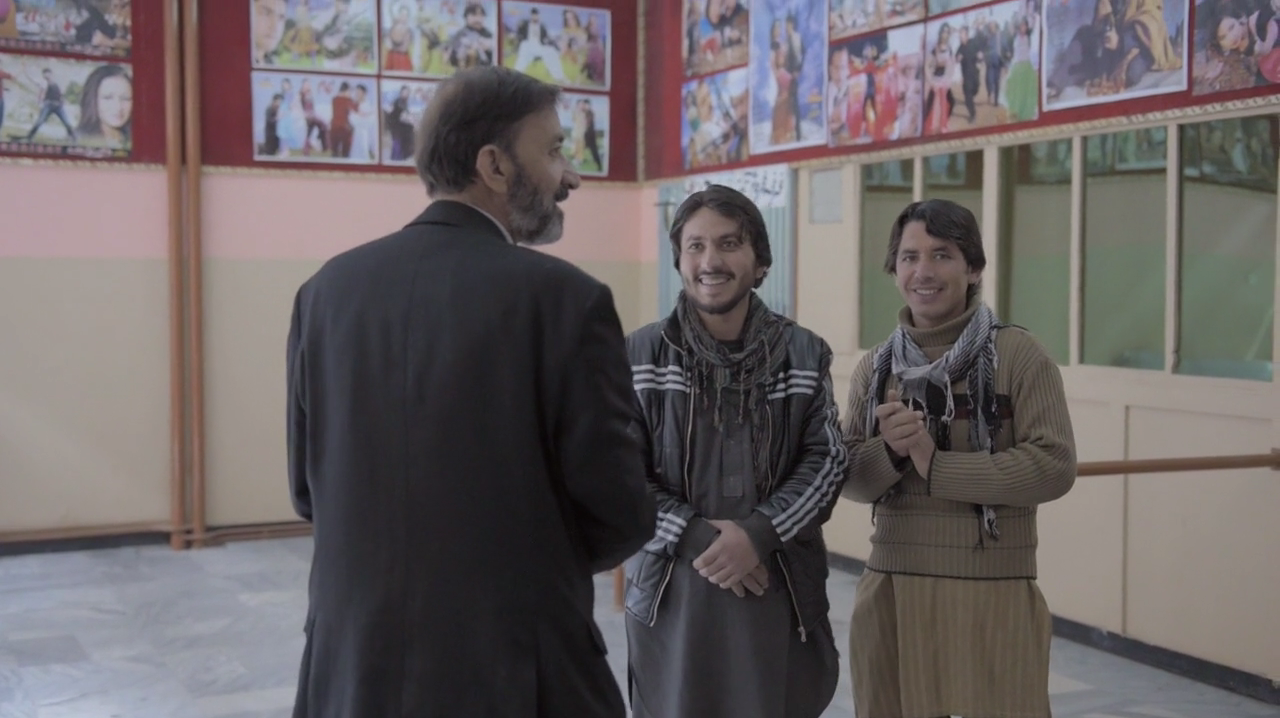 What will we learn from Cinema Pameer?

There is a civil war in Afghanistan. You’ll learn more about what it’s like to live in a conflict area. Usually, you’re looking at people in a refugee camp on the news, and thinking ‘poor them’, and it’s really hard to connect because it’s such a long distance from our reality. And how could we imagine what it’s like? That doesn’t make us bad people, it’s just difficult to relate. I hope that my film will narrow that gap down. I’d like to show that we’re not any different to them at all, our circumstances are just different. And I hope that through that, I can show that living and surviving are two different things. People in refugee camps and conflict areas have to live, as well as survive.

Can you tell us a bit about the characters we will meet in your film?

There will be six or so main characters. One of the main figures is Said Chaleh, he’s the manager. He used to work as a teacher at Kabul University, but he couldn’t continue with his academic career when the conflict started. He did several jobs during the conflicts, but Said was not fighting, or rather, he was ‘fighting’ with his pen. He was teaching Islam and writing poetry. So when his friend started up Cinema Pameer, he took the job as Manager. One of Said’s aims is to try and involve the less fortunate people of Kabul in the cinema. Even when he’s running the cinema, he makes sure that he’s taking care of the kids, teaching, making sure they’re not heading down the wrong track.

Then there’s the projectionist Ghulan Eshan, and his son. Ghulan has been in the trade 40 years. He started out as a projectionist in the military, then he worked in different cinemas around the country. He has a love-hate relationship with his role as projectionist. He works unsociable hours – he stays at the cinema 10 hours a day, which keeps him from his family. He says the only friends he has are projectors. At the same time, he brings in his son to train him up as a projectionist because it’s so hard to find a job in Kabul, but he doesn’t want him to follow in his footsteps. Its tough for the son too, he has to spend 10-plus hours a day with his father, and then head off to the school to study. 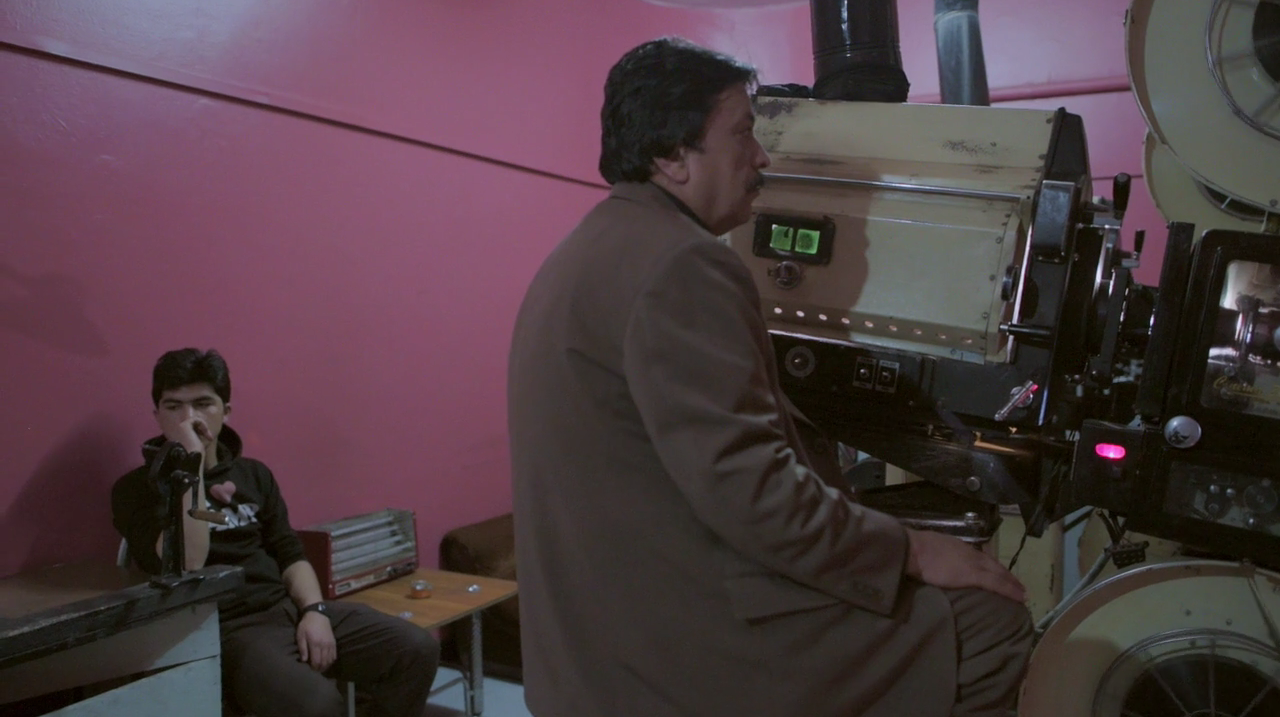 What stage is your film at?

We received funding in January from the Swedish Film institute, and that has been like a stamp of approval. I made a research trip in March with the money, interviewed locals and found a fantastic crew. The crew is small. We’ll be hiring five local people. I’ll be filming and directing, and flying down with my line producer.

Then I had another investor in the film, Anders Forssberg. I stumbled into Anders during the music festival Way out West. He’s a day trader, and this is the first film he’s invested in. He invested one million kroner (approx. £120,000) and this will allow us to film in Kabul for two months. During these two months, the staff at Cinema Pameer will be bringing reels from Pakistan to Kabul, a dangerous and expensive trip, and a crucial part of running the cinema. We started the Kickstarter to raise money so that we could cover this.

We’re going down for two months. Then we’ll go back again during the winter because I’d like to film in the snow. Then we’ll begin the editing process. Of course, nothing is written in stone, but the goal is to be finished in time for Cannes 2016.

Learn more about Cinema Pameer at its official website and donate to Martin’s Kickstarter here.

[…] Martin von Krogh is an award winning photojournalist whose work for Newsweek took him to Kabul, the conflict-ridden capital of Afghanistan. Martin’s film Cinema Pameer is about the passion of those running and visiting the eponymous cinema, and their love of film in a difficult and frequently dangerous environment. With the help of Kickstarter funders, Cinema Pameer will screen at Cannes 2016. Read more […]