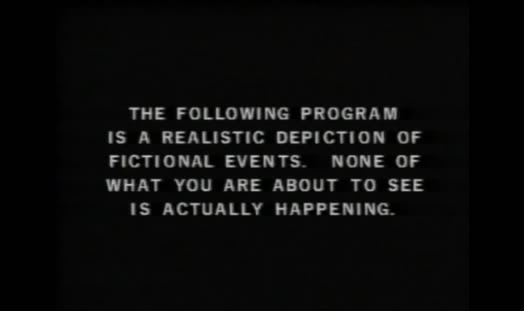 Catching up via the iPlayer whilst taking the train to work or tearing the plastic from the latest box set at home, it’s easy to forget a time just thirty years ago when the television landscape was radically different.

There was no internet and the hard drive recorder and DVD had yet to be invented. In Britain satellite television was an option only for fanatics or expatriates happy with giant dishes in their back gardens and a minimal cable network simply delivered the same three channels everyone else had (Channel 4 would not begin broadcasting until November 1982). Although subscription-funded cable channels in America were beginning to generate original programming, most content on both sides of the Atlantic was little-changed from the 1950s and was still dominated by the caution of the big commercial and public networks. The arrival in the 1980s of the ‘mini-series’, lavishly-funded over a short run, heralded the revolution to come, but the overwhelming majority of television drama was transmitted as episodic soap operas, formulaic medical or legal procedural series and the occasional play.

There was, however, one other form peculiar to the time: the television movie, a feature-length story specifically intended for small-screen viewing.

Though typically tame and derivative compared to its theatrical progenitor, occasionally the format yielded something that transcended its inherent limitations. One example was Under Siege (1986) starring Peter Strauss, whose original and unsparing depiction of Arab terrorism on American soil was effective in context even before the events of 9/11. Another was Special Bulletin (1983).

Ingeniously embracing the restrictions of the form and exploiting late-period Cold War tensions around nuclear disarmament, the film depicts the threat by a group of disillusioned scientists to explode a home-made nuclear bomb entirely as a series of realistic newsflashes, what would later be called breaking news reports. 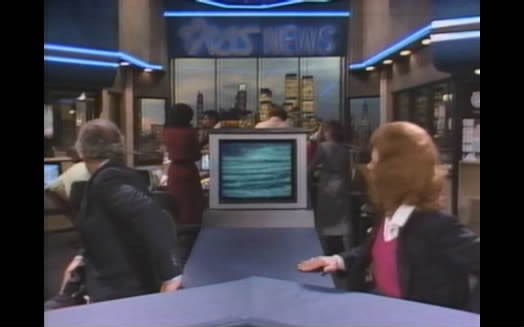 With no opening titles or credits, Special Bulletin begins with a persuasive sequence of trailers for a quiz and a soap showing on the fictional RBS network, accompanied by a jaunty jingle (“We’re moving up!”), before suddenly cutting to the newsroom. Anchors (played by Ed Flanders and Kathryn Walker) describe a gun battle on the dockside at Charleston harbour that results in dead and wounded coast guard personnel and an RBS news crew, there to cover a strike, taken hostage.

It’s a bravura start that sets the tone for the remainder of the production. Emulating the rapid pace of actual television news even then, we cut between the uncertainty of the reporters on the scene and the calm of the studio as events unfold in what seems to be real time.

The presence of the news crew on a boat seized by the scientists cleverly allows both sides of the story to be presented, and tension increases as the credibility of their threat is confirmed. The escalating conflict within the group amidst the claustrophobic surroundings is highlighted by the slow zooms of the television news cameraman and cutaways edited-in by the studio. The characters and the setting thus become the avatars of the actual writer and director and help intensify the experience. 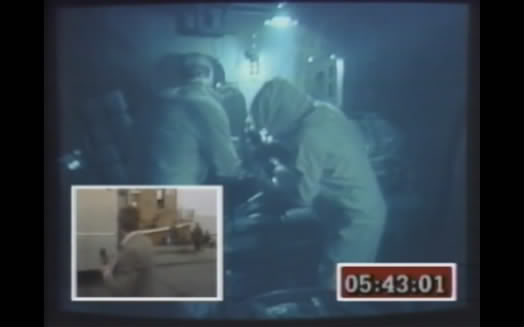 All of this, plus the unusual framing device and the fact that the film was originally shown on commercial channel NBC and thus punctuated by real-life adverts, rendered the final production of Special Bulletin so believable that it was interspersed with on-screen warnings as to its fictional status.

Flanders apart, the casting wisely eschewed major stars in favour of unknowns, though some – David Rasche, Lane Smith, Michael Madsen – would become staples in the following decade. Their performances are variable, with Walker’s awkward on occasion – disappointing given her key role. Christopher Allport, however, as the captured reporter and David Clennon as the lead scientist are particularly impressive, underplaying appropriately, and Roxanne Hart, soon to achieve worldwide fame as the female lead in Highlander, is naturalistic and empathic, shifting from the professional, detached young reporter to a jubilant celebrant to a powerless observer as the film progresses.

One critical plot twist is introduced with audacious suddenness in a single shot that sets the viewer’s heart racing, so obvious are the implications, and it is a credit to the film-makers that this arises perfectly organically from the situation as presented. When, eventually, the inevitable occurs, the film acquires additional weight, anticipating other landmark television productions of the era such as the daring The Day After, which would premiere six months later, the British drama Threads (1984) and Jack Sholder’s stunning By Dawn’s Early Light (1990).

Beyond this immediate concern with nuclear annihilation, Special Bulletin also explores the media’s complicity in criminal acts and our appetite for consuming anything that it presents, just as did Paddy Chayefsky with Network ten years earlier.

Only after the demand of the terrorists for a live broadcast to the nation is granted do the studio anchors, comfortably-armchaired like us, voice the obvious worry, and even then the dialogue is cut short: “We have to ask the question if the news media actually contribute to the very situation – ”.

But with onlookers gathering “as if coverage of the event is more important than the event itself”, perhaps the film’s final, prescient message is that television news really is just a passive observer, a window on the world, and what we see through that window is ourselves.