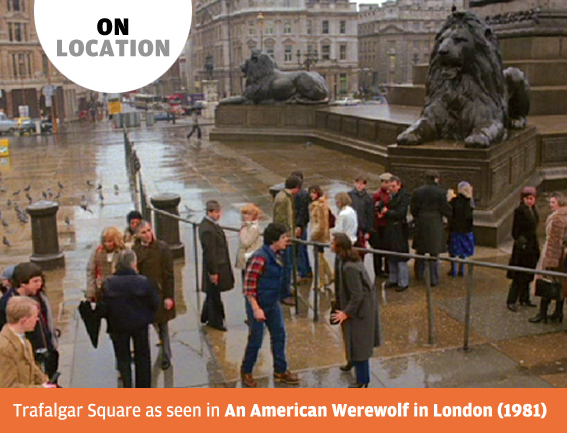 The World Film Locations book series – inspired by The Big Picture magazine’s ‘On Location’ feature – kicks off in a few months time with the release of titles for Tokyo, Los Angeles, London and New York. A highly visual exploration into the relationship between the city and cinema – each book will be chock full of scene specific reviews, maps and insightful essays that reveal how the city continuously plays a central role in film.

As the first in a tie-in series of articles to celebrate the series launch in July, we look at how Trafalgar Square acted as a perfect backdrop for a crucial scene in John Landis’ grisly crowd-pleaser An American Werewolf in London.

John Landis’s comic horror takes an affectionate swipe at British quirks and customs in its story of an American tourist, David Kessler (David Naughton), who mutates into a werewolf after an attack on the Yorkshire Moors.

The film is predominantly set in London, where David is convalescing after the attack. Towards the end of the picture David and his lover Alex (Jenny Agutter) take a taxi to the hospital where she works. During their journey they are informed by the stereotypically talkative London cabbie that six gruesome murders took place the night before. Fearing he is responsible, David asks him to pull over and exits the taxi at Trafalgar Square. 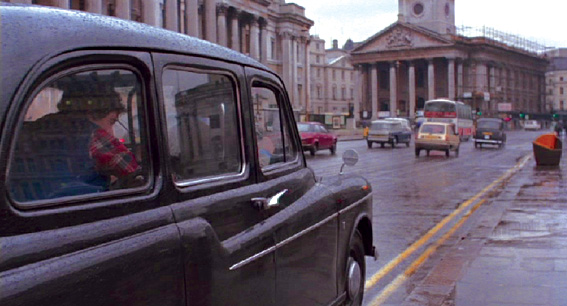 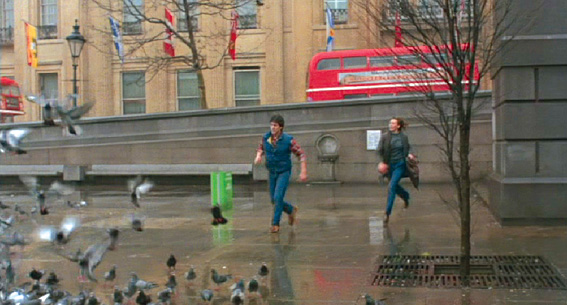 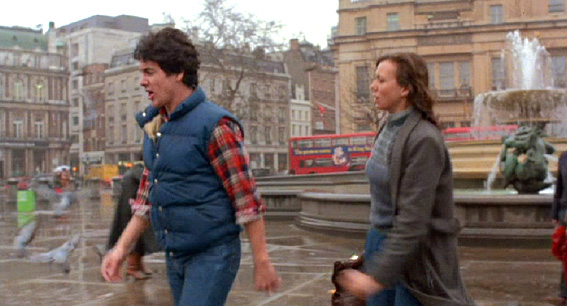 Despite Alex’s protestations, David immediately approaches a uniformed police officer − who is having his photo taken with two schoolchildren − and confesses to the crimes. The policeman is calm and incredulous and merely chides him on his language. In desperation David begins to shout, ‘Queen Elizabeth is a man. Prince Charles is a faggot. Winston Churchill was full of shit… Shakespeare was French’ before resorting to bald profanities. His hilariously pathetic attempts at provocation draw a crowd, but the policeman is having none of it and refuses to apprehend him. Frustrated he screams, ‘You people are crazy’ before professing his love for Alex and running off. 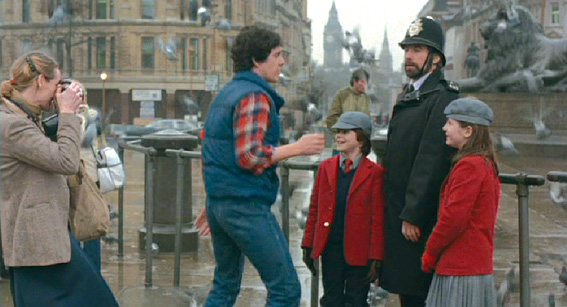 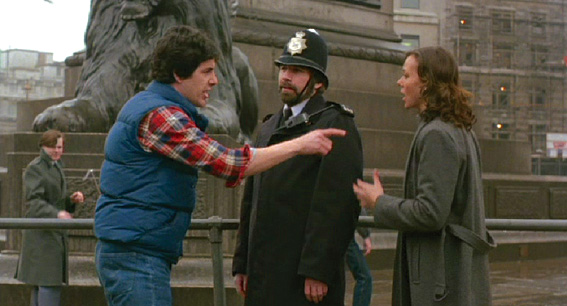 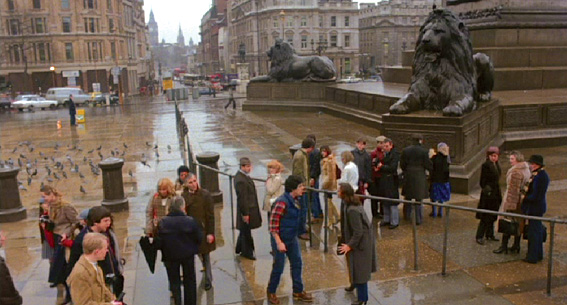 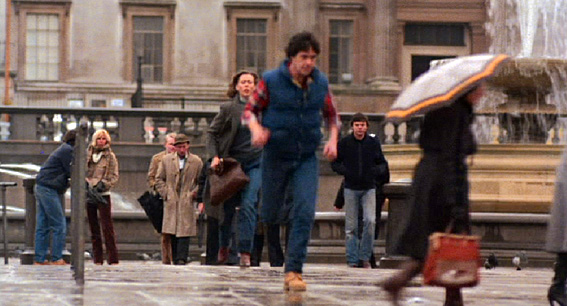 With Naughton acting as his mouthpiece, Landis combines an iconic London location with a tongue-in-cheek American view of what constitutes criminal behaviour in Britain, giving us a bemused outsider’s take on British culture.