As the bell chimes midnight on October 31st, the ghoulish period adored by so many horror aficionados ends and the countdown to Halloween’s antithesis – Christmas time – begins. Christmas-themed films have produced some globally admired and iconic pieces of cinema over the years, from classics such as It’s A Wonderful Life (1946) and Miracle on 34th Street (1947, to contemporary gems such as Love Actually (2003) and Elf (2003).

These films encapsulate precisely why Christmas is often described as the most wonderful time of the year: the ebullient music, the family-focused narratives, and the irresistibly saccharine stories of hopeful, magical yuletide – yes, these Christmas movies are a joy for most viewers. All hope is not lost for fans of horror, however, as there is a darker subgenre festering beneath the festive goodness of the mainstream Christmas movie: ‘Holiday Horror’ cinema. 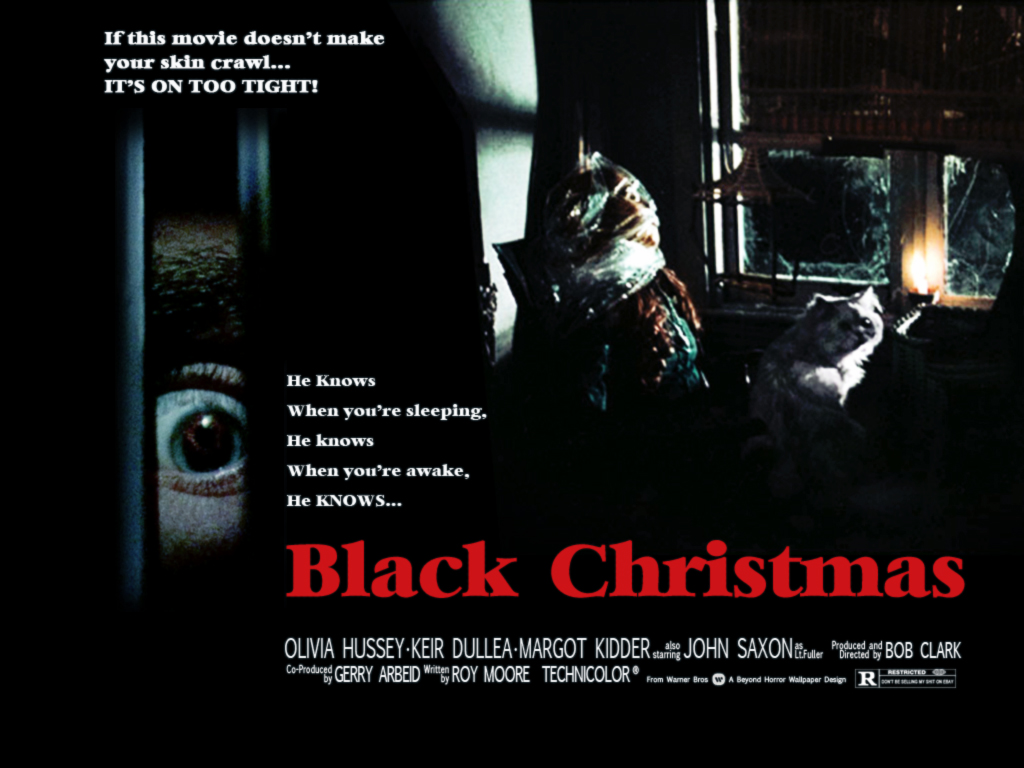 The genesis of holiday horror can be traced back to Bob Clark’s 1974 psychological horror Black Christmas, which is also considered to be one of the earliest slasher films. The film tells the story of a group of sorority sisters who are receiving threatening phone calls from an unknown assailant while being stalked and murdered by a deranged murderer hiding in the attic of their sorority house – all during the holiday season.

Said to be partially inspired by a series of murders in Montreal, Quebec, many have also speculated that the film was narratively catalysed by the urban legend of The Babysitter and the Man Upstairs. By combining the stories of real crime and contemporary myth with the seasonal joy of the Christmas setting, Clark’s film creates a tense and unsettling atmosphere, juxtaposed with the traditionally jubilant imagery of the roaring fireplace and tinsel décor.

This film, which would go on to inspire John Carpenter’s slasher masterpiece Halloween (1978), would also galvanise a wave of holiday horror films such as To All a Good Night (1980), Silent Night, Deadly Night (1984), and Elves (1989), in which the malevolent entities take the forms of Christmas’ most sacrosanct emblems: Santa Claus and his kindly elves. Many holiday horror films have been met with outrage from religious and parental groups, who condemn the bastardisation of Christmas and its wholesome, child-centric spirit.

Despite this, these films continue to be a popular addition to the sub-generic canon of the horror genre, with many preferring these dread-infused holiday films to the conventional options. Horror has always existed on the margins of the mainstream, flirting with sex, death, and all things transgressive and taboo. What could possibly be more transgressive and taboo than to corrupt the seemingly unimpeachable season of Christmas time? 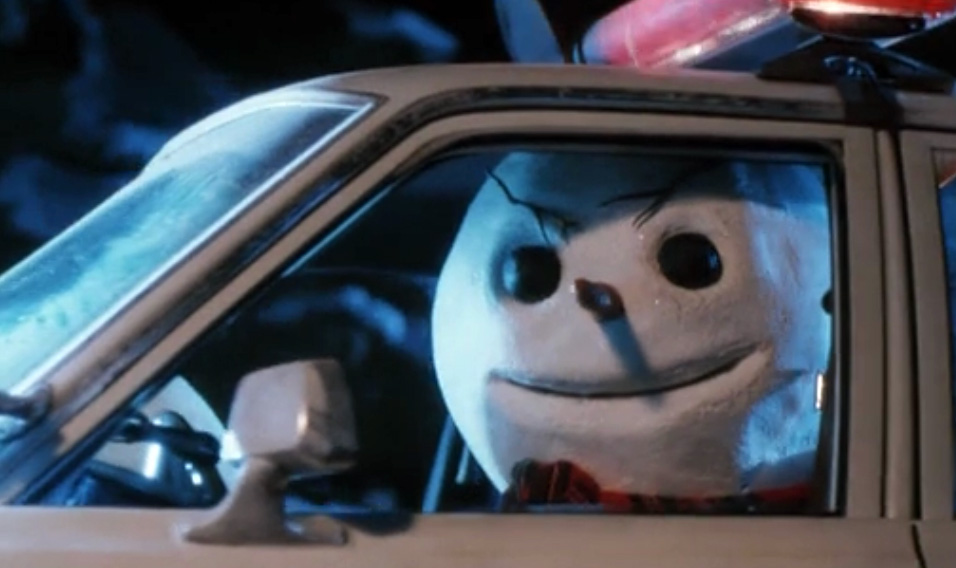 The holiday horror film is not strictly a psychological/slasher affair, with many comprising of elements of comedy-horror, suffused with a Christmas setting. In 1997, a year before the beloved Troy Miller film was released, there was a comedy-horror film (revolving around a mutant, killer snowman) also named Jack Frost.

The movie takes place in the fictional town of Snowmonton, where a serial killer named Jack Frost is being driven to his execution. The transfer crashes into a genetics truck and the genetic material causes Frost’s body to mutate and fuse together with the snow on the ground. Jack is presumed dead and his body melts away. However, he comes back as a killer snowman and takes revenge on those who wronged him.

Films of this ilk, another being the campy Gingerdead Man (2005), tap into another beloved Christmas subgenre: the Christmas comedy. An evil yet adorable gingerbread man comes to life with the soul of a convicted killer (think Child’s Play but with a culinary spin) and wreaks havoc on the girl who sent the killer to the electric chair.

These films up the ante in terms of camp and absurdity, replacing the Santa Claus-inspired killer for snowmen and gingerbread men. By personifying these symbols of festivity as agents of evil, these films displace the traditional meaning of Christmas time with one of irreverence and B-movie theatricality. The construction of a snowman is one of the most magical moments of the Christmas period, as is the consumption of ginger-based treats. As with the holiday-slasher film, the holiday-horror-comedy pries open a space for these paradoxical pleasures to be negotiated and enjoyed. 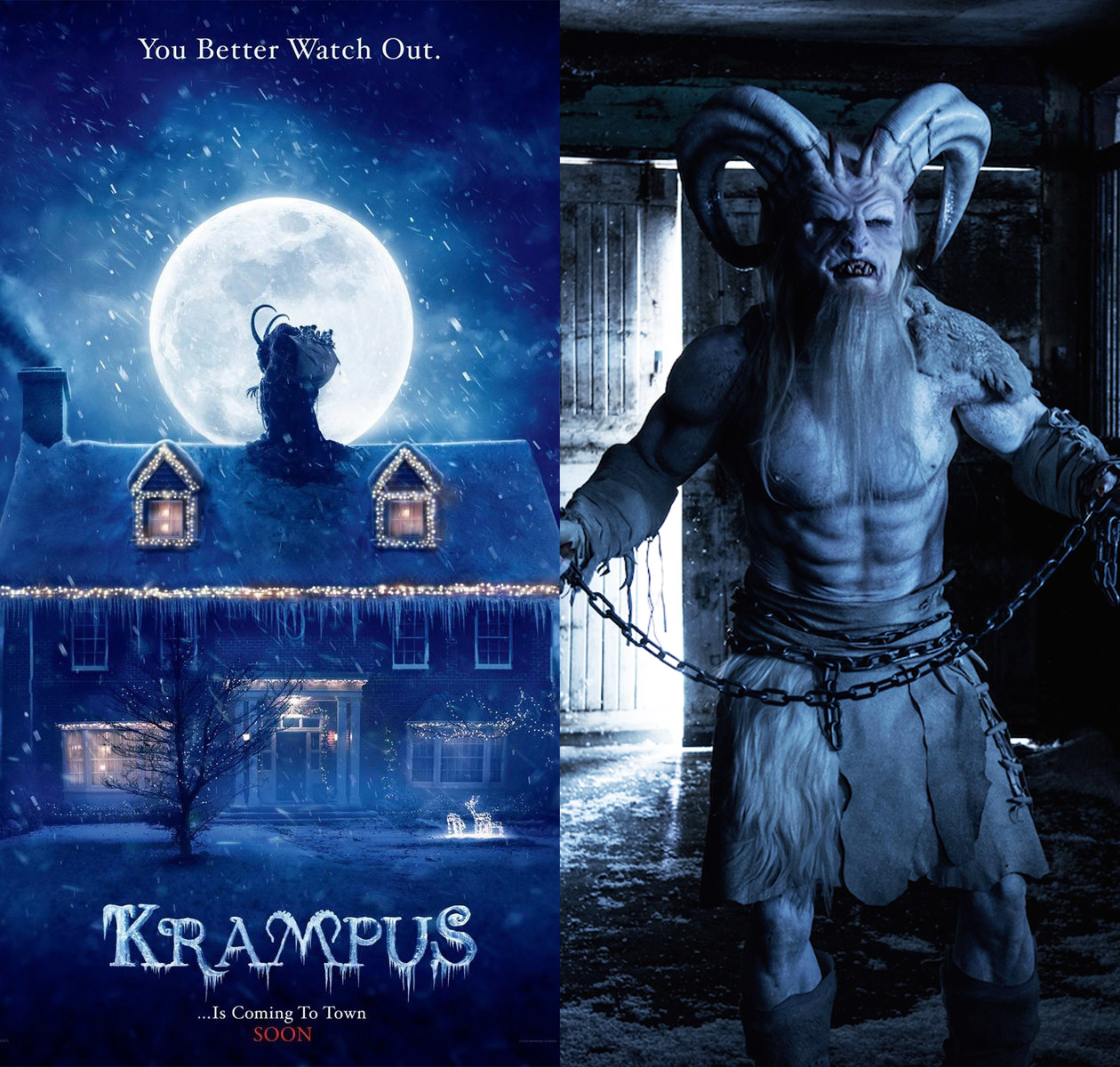 Although holiday horror is hardly a thriving subgenre, the last few years have seen the release of some impressively crafted tales of holiday horror mayhem, several of which feature the character of Krampus – the ‘anti-Santa Claus’ of Austro-Bavarian alpine folklore, a horned, anthropomorphic figure described as “half-goat, half-demon” who punishes children who misbehave.

The first is holiday-horror-anthology A Christmas Horror Story (2015). Although all four segments are unquestionably enjoyable in their own way, the segment that involves Krampus is the definitive standout. While preparing for Christmas, Santa Claus discovers that his elves and Mrs. Claus have been turned into zombies. He manages to, ostensibly out of mercy, kill his helpers but is then forced to fight against his arch-nemesis, Krampus. This segment has a remarkably deft twist ending, which only makes the combination of holiday cheer and fantastical horror that much more grisly and paradoxical.

Another film inspired by the legend is the 2015 Krampus. When his dysfunctional family clashes over the holidays, Max becomes increasingly disillusioned with Christmas. Unbeknownst to the family, this lack of festive spirit has unleashed the wrath of Krampus, who, with his assemblage of wicked little helpers, lays siege on the family’s home, forcing them to mend their fractured relationships and fight together if they hope to survive. 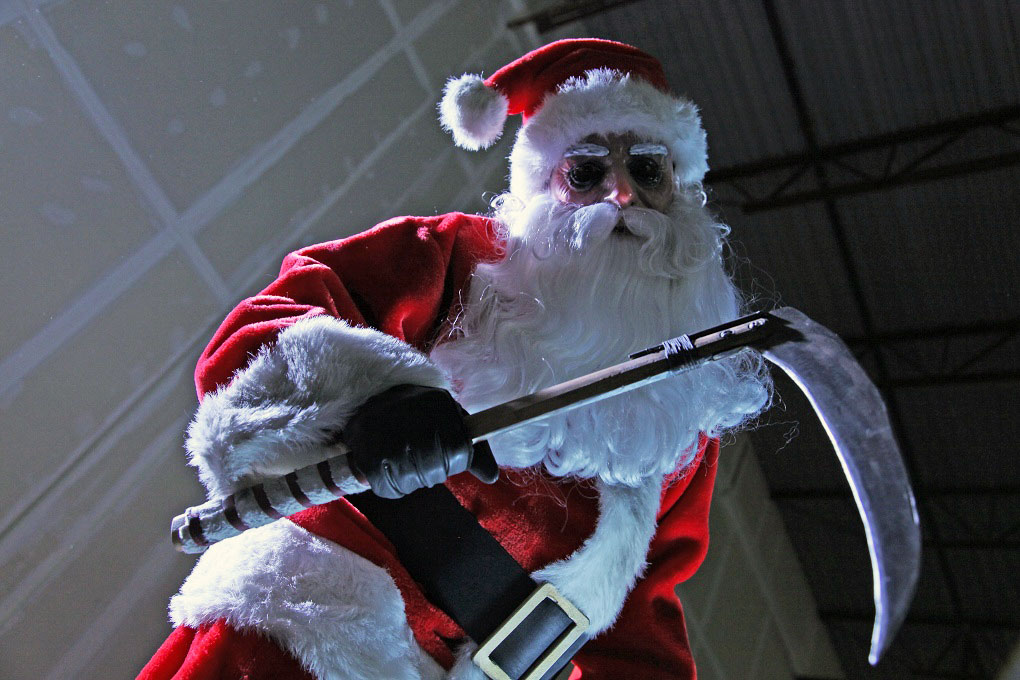 Films such as these typify the pleasures that can be gained from holiday horror cinema. They are both holy and hellish, balancing and contrasting the light and dark sides to everyone’s favourite holiday. Like some of the more socially cognizant Christmas films, many holiday horrors have a socially aware commentary lurking beneath their gory façade. Perhaps this is the reason why so many of us find comfort in the grotto of holiday horror, as there is something deeply unsettling about the contemporary perversion of Christmas.

As the 2015 version of Krampus reminds us, Christmas is not about materialistic consumerism; it is a feeling of joy and gratefulness to one’s family, friends, and health, some of which so many of us are unfortunately without. Holiday horror exists to remind us that, even in the lightest of times, there is darkness – a darkness which, if succumbed to, can eclipse even the most joyous of holidays.