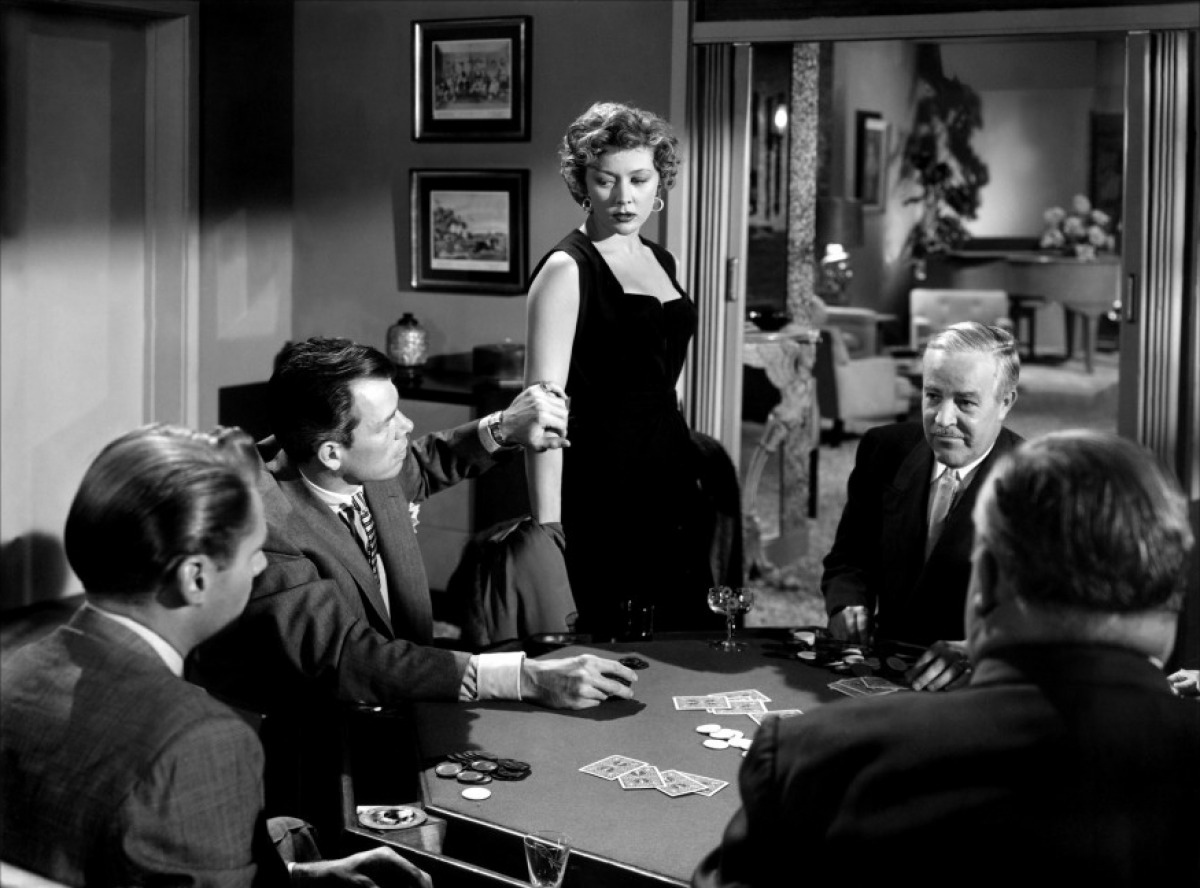 The family has always been a notable thematic absence from the shadowy, suspicious world of classical American film noir. To understand why this is the case is to understand the impact of the second world war upon Hollywood and the nation at large, but these are broader concerns than shall be addressed here. If film noir can be crystallised as any single idea, it is the erosion of social values that can be identified as fallout of said war; the idea, as suggested by writer and noir scholar Eddie Muller, of “people who know they’re doing the wrong thing and do it anyway”.

Figures in the world of noir are those that seek personal gain and little else; even the so-called anti-heroes among them – the Philip Marlowes and Sam Spades, purged from the pulp fiction pages of Raymond Chandler and Dashiell Hammett – are chiefly interested in their own skin, and all that must be done to keep it in one piece. While they may exhibit the occasional interest in financial security and future comfort, they are but lone wolves upon a desert of decay and disorder – so far removed, in fact, from the idea of family that we can be forgiven for forgetting about its existence altogether. 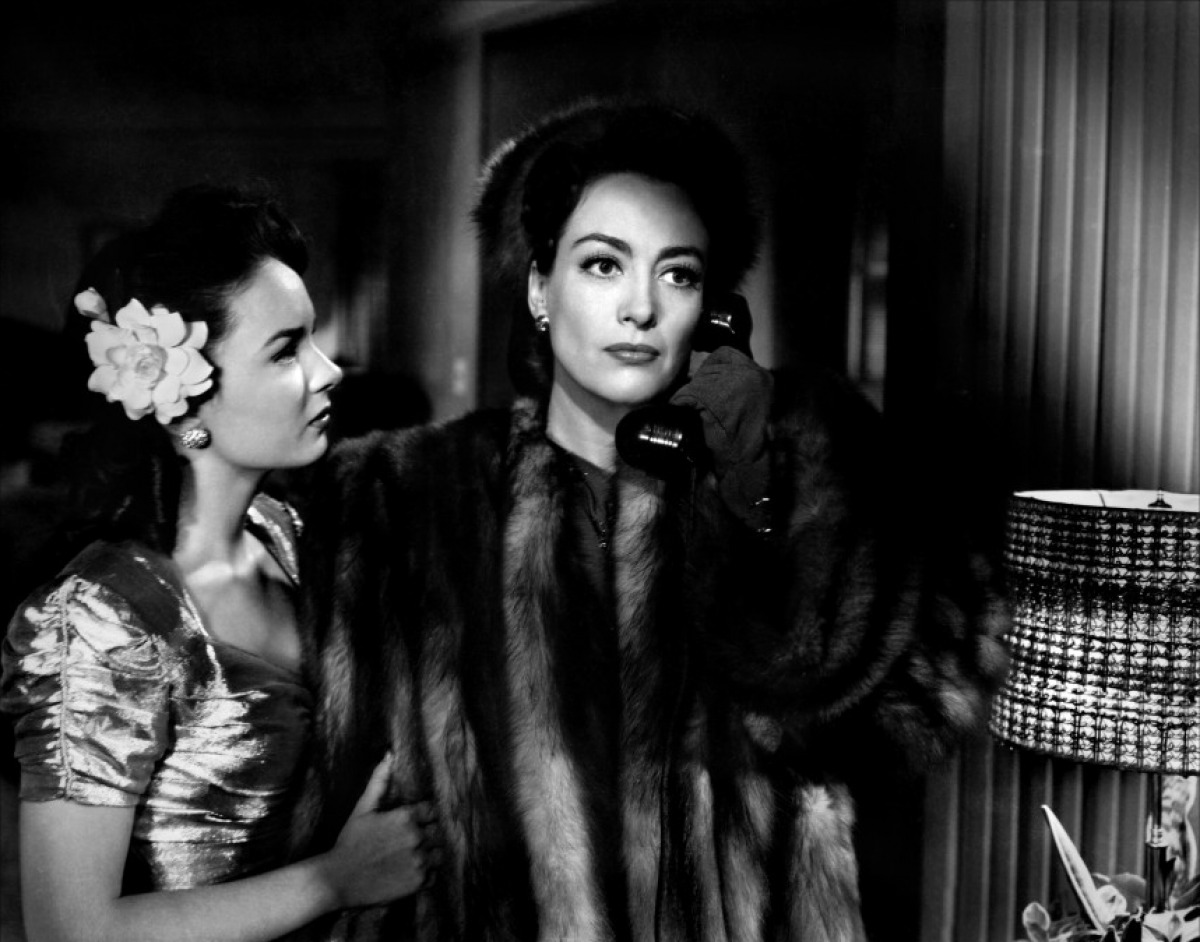 Idealistically, the flower that is family requires the seed of romance in order to grow, and while the male noir protagonist will typically foster some kind of romantic interest or attachment, the object of his desire is often far more individualistic and self-seeking: the dangerous femme fatale.

Broadly speaking, film noir tends to reduce its female characters into several distinct though often shallow categories: foremost of which is the femme fatale or spider woman, an ambitious, seductive figure who seeks individual social or financial gain above all else, and will often use the weapon of sex as a means to achieving this. As a counterbalance, there is also what film theorist Janey Place has referred to as the “rejuvenating redeemer” or good woman, who often appears to the male protagonist as some kind of guiding angel; a representation of the ideal, but also of the unattainable. And there is but another typical female figure in film noir, described in many texts as the “marrying type” – a woman who appears to exist solely to apply unwanted pressure to a male character, pushing him to adopt his traditional role as husband and provider and eventually father. 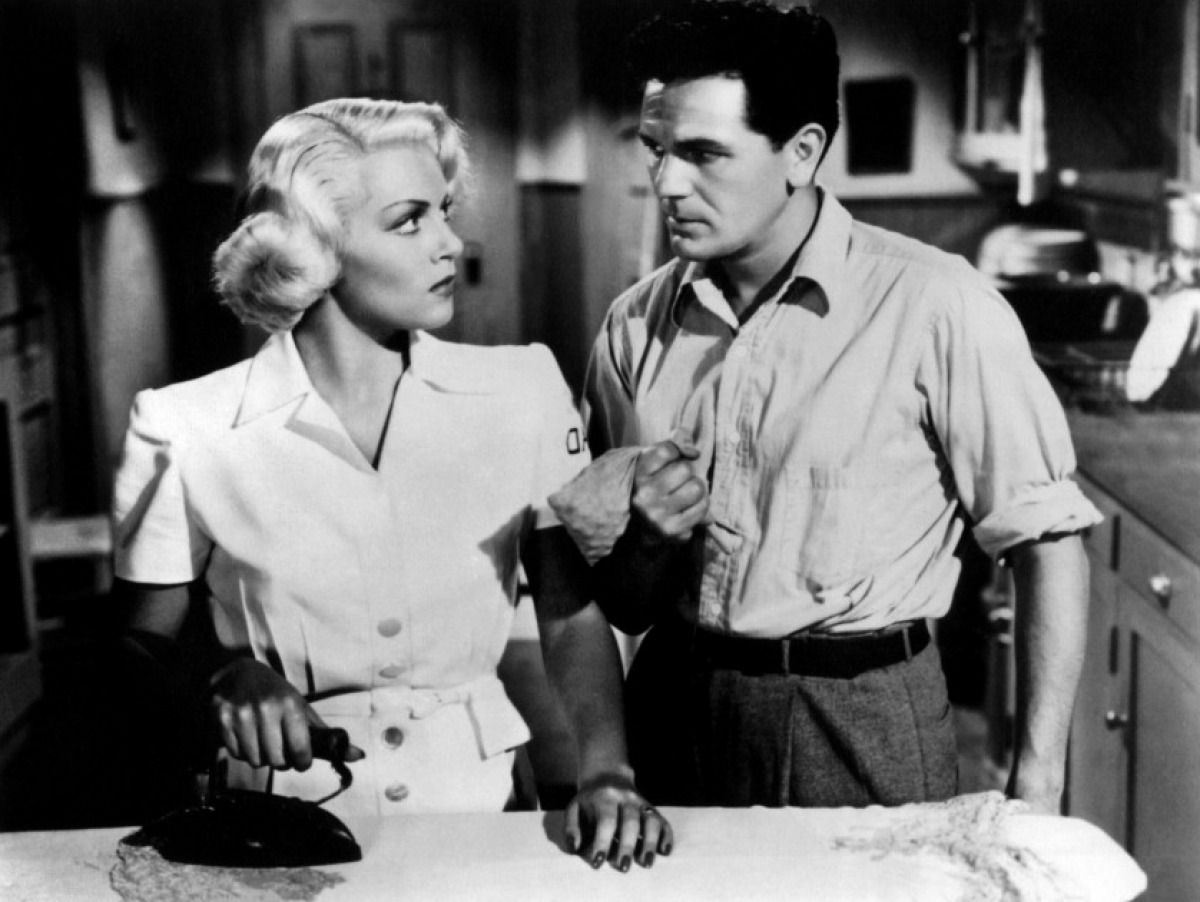 These characters may vary slightly in their relative ideas and motivations, but their general function is clear: women exist in film noir as a way to express an underlying skepticism and mistrust towards the idea of the traditional family as it is commonly regarded by society. That, by falling for one of these women – whether it be the opportunistic kind that uses seduction as a tool to move up in the world, or the good-natured kind who promises a far-off world of stability and safety – the male protagonist will by definition be formally renouncing his various liberties, in favour of a life lived in meek subservience.

Occasionally, film noir collides with melodrama – a genre in which romance and family play key roles – in a way that all but entirely disrupts the rules posited above. Two stirring examples of this are Mildred Pierce (1945) and The Reckless Moment (1949), made by Michael Curtiz and Max Ophüls respectively. 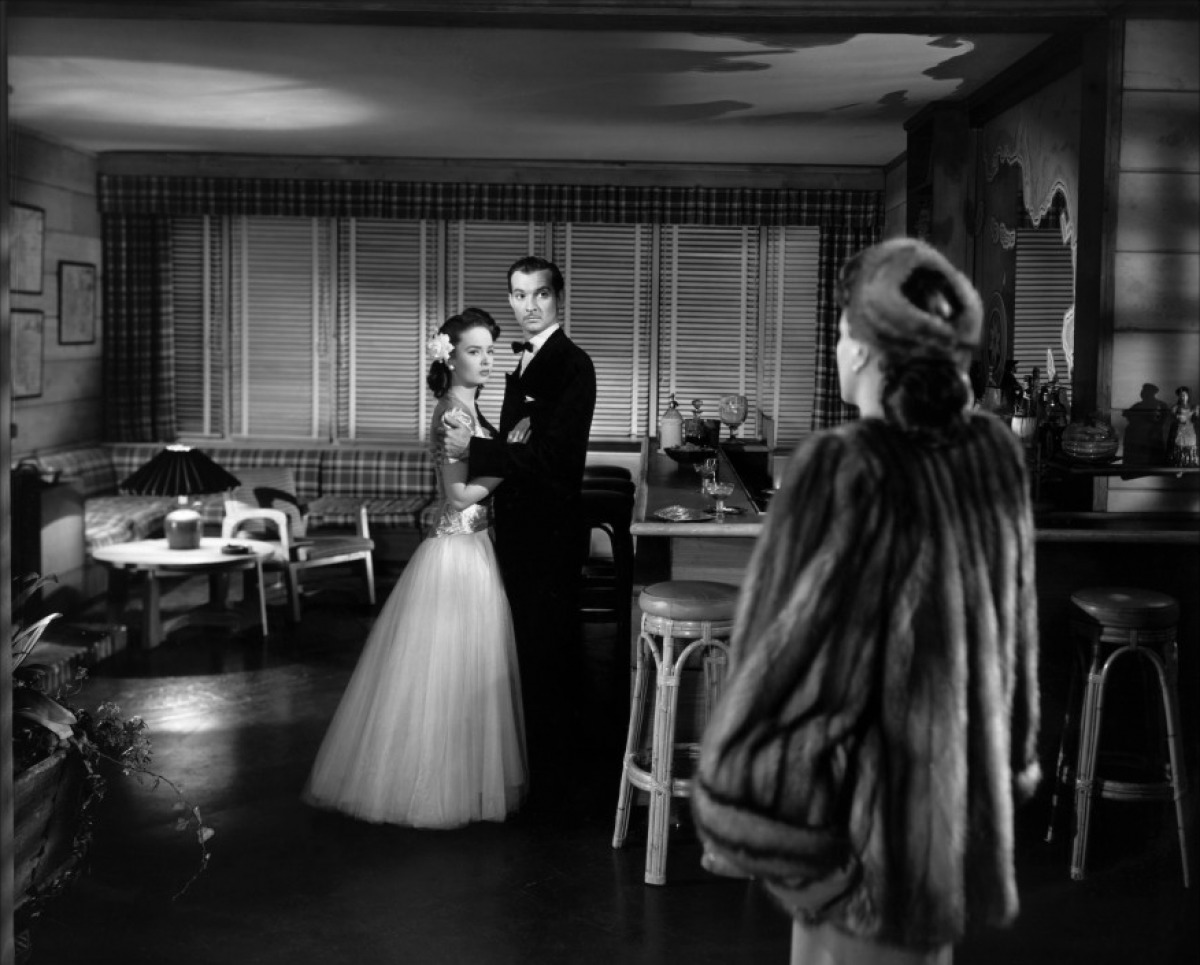 The former, adapted from a novel by hardboiled writer and perennial noir figure James M. Cain, stars Joan Crawford as an embattled single mother who must make ends meet while caring for her unruly daughters. It is a tale that conforms to many of film noir’s most integral themes, such as greed and money and betrayal, but also female independence. And while noir typically subverts the classical Hollywood narrative by denying its characters a happy ending, it can be seen that Mildred Pierce does quite the opposite: it is the traditional, patriarchal marriage that prevails in the end, despite Mildred’s solitary and successful furrowing. 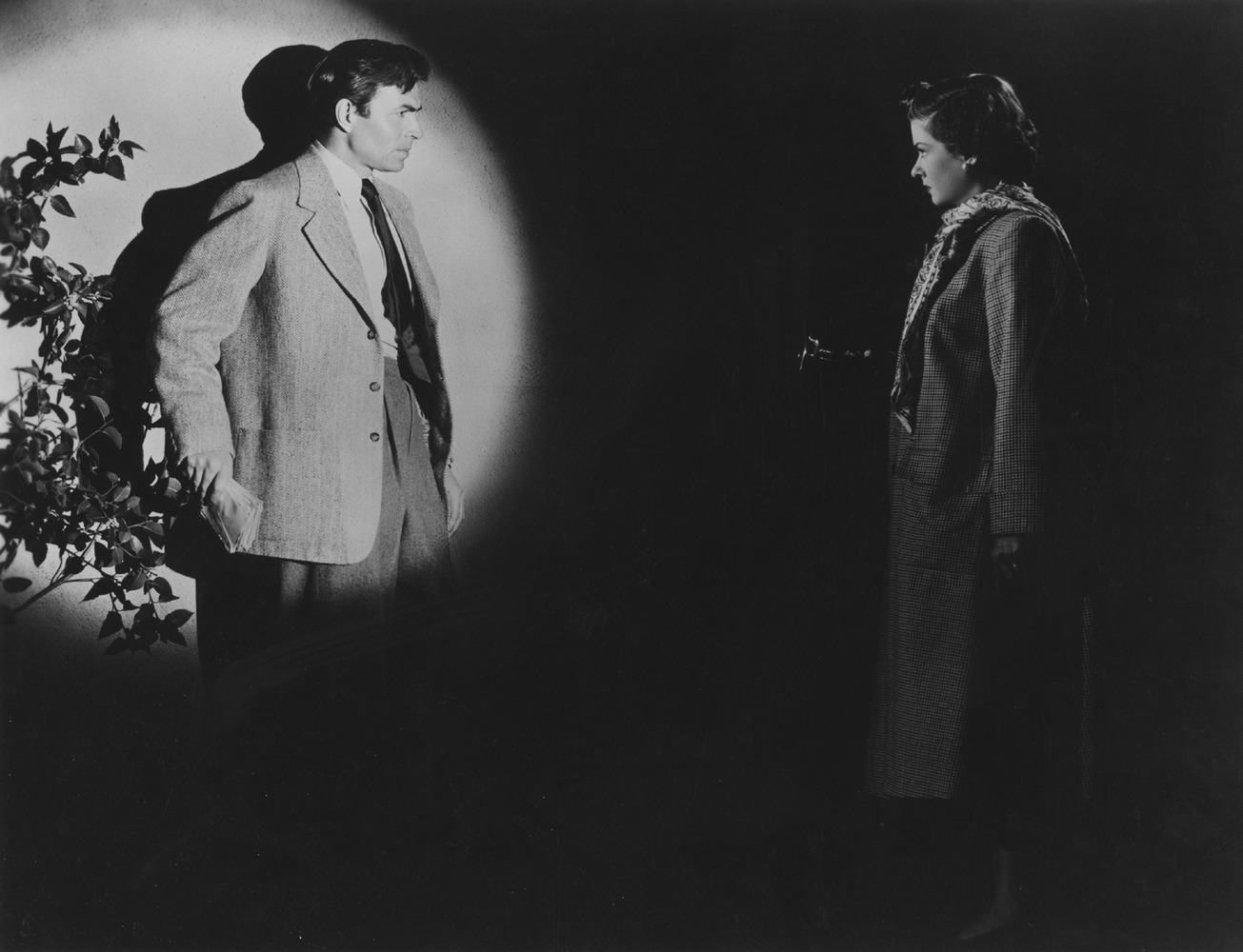 Likewise, The Reckless Moment (made some five years later, the great Ophüls’ final stateside production) presents the family domain as something to be cherished and protected; at risk from an illicit and all-enveloping grey cloud of crime and danger – a meeting of light and dark that is a feature of film noir and was often displayed stylistically. Here, for example, the family home becomes not a place of comfort and security but one of dark corners and foreboding noises; the bars from a wooden staircase casting long shadows across a room, as though imprisoning its inhabitants. 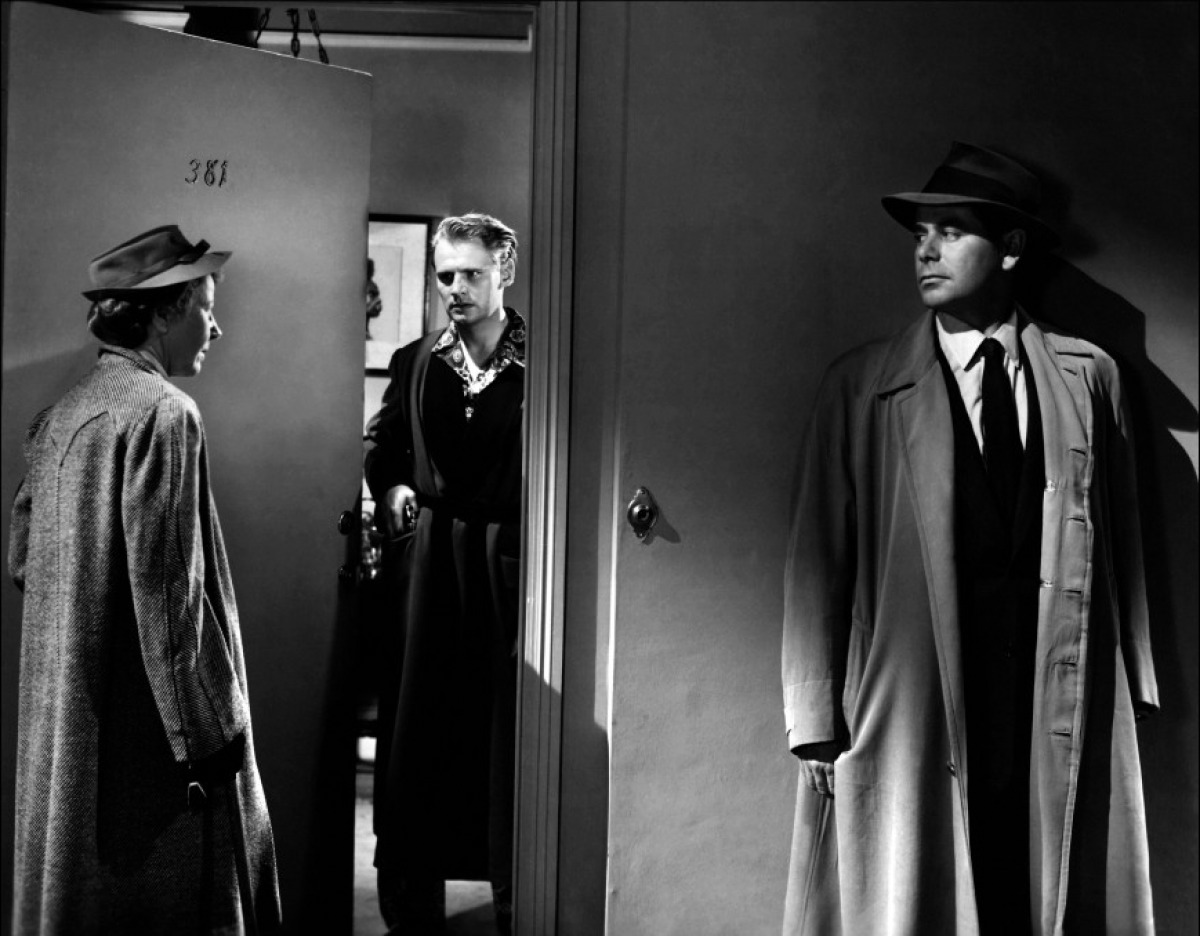 Similarly under threat from swirling external forces, obscure and unseen, is the family in Fritz Lang’s The Big Heat (1953). Here, Glenn Ford’s overworked Detective Sergeant Dave Bannion must rid a town of corruption almost single-handedly, consciously aware of the risk that this uphill venture poses to his young family. One might expect Lang to use the few images we see of Bannion at home to elaborate on the serene, leafy suburban life that he is striving so hard to protect, but the German director goes even further. In what seems a rudimentary scene towards the beginning of the film, he compliments his daughter on her building block creation as “the most beautiful castle in the whole world”, only to be told that it’s not a castle but a police station – a construction that he then accidentally sends tumbling with a shaking hand.

The Big Heat is also a good example, given Gloria Grahame’s character, of another typical though somewhat contradictory noir device that relates to family: the idea that external figures, whether male or female, will usually be punished (sometimes fatally) for their transgressions against the traditional family unit, however minimal. 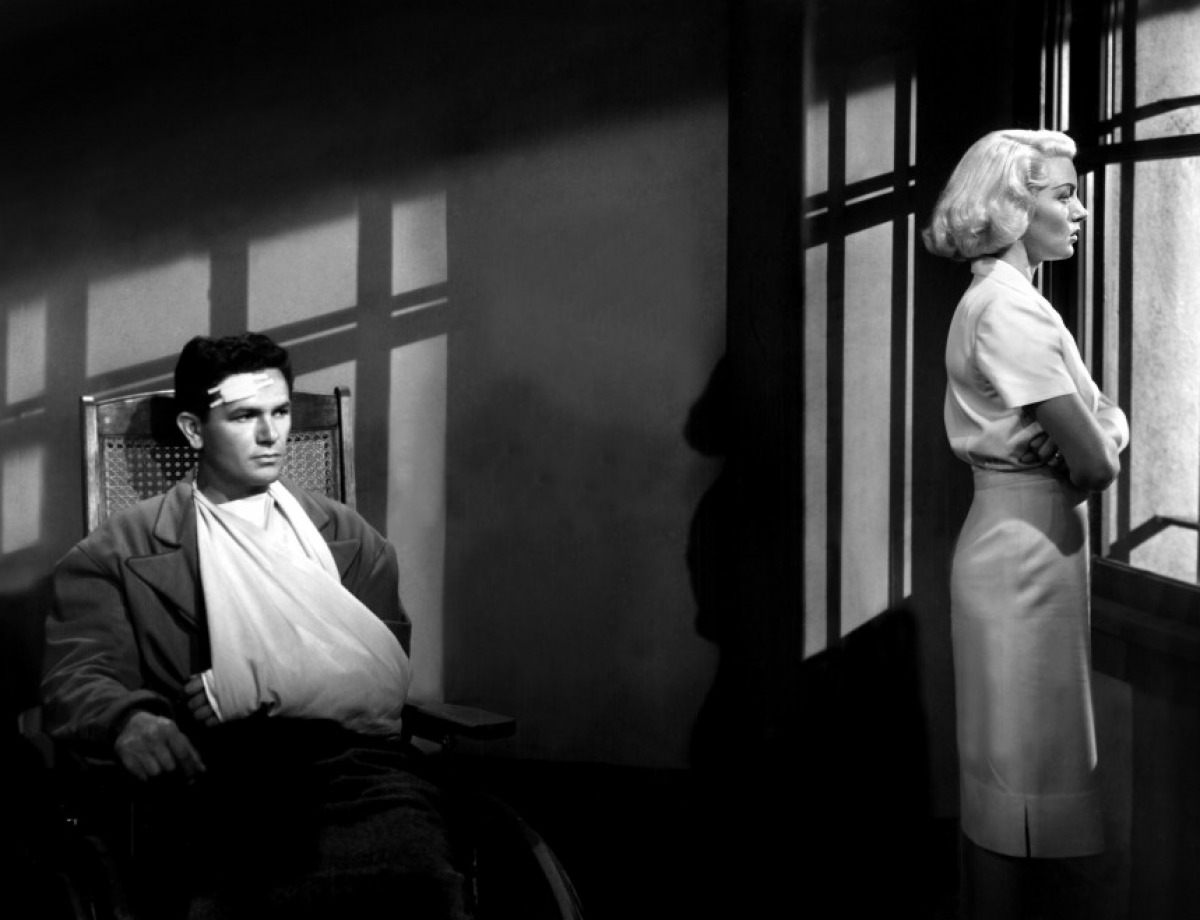 This can be seen, albeit in more simplistic terms, in such noir classics as Billy Wilder’s Double Indemnity (1944), Tay Garnett’s The Postman Always Rings Twice (1946) and Jacques Tourneur’s Out of the Past (1947). Often, this transgression will take the form of infidelity as committed by a woman: by definition, a threat not only to the familial institution but the patriarchal status quo, and will usually be punished accordingly.