Youth, the nascent and ephemeral period situated precariously between the poles of adolescence and adulthood, is the thematic heart of the coming-of-age subgenre within the familiar dramedy narrative. These narratives are typified by the ‘everyman’ protagonist finding themselves trapped within the paradoxical malaise of youth; no longer a child but not yet an adult.

This transitional phase is commonly signified by a personal journey or trajectory of sorts, with many coming-of-age narratives physicalising this time in the form of the ‘road’ movie. It is on the road that our protagonist finds themselves at the intersection between youth and adulthood, often rebelliously exploring (or ignoring) the limitations or boundaries of their youth. These character arcs can be viewed as a kind of fantasy or reverie-like state, with many protagonists going through a process of depersonalisation from their ‘true’ self, as if the limitations of reality are meaningless within the inherently ephemeral narrative of youth.

The fragile identity of youth, and its coalescing with depersonalisation and ephemerality, are a significant part of Cameron Crowe’s 2000 semi-autobiographical coming-of-age film Almost Famous. However, youth is not only literalised in the form of the teenage characters, but also represented symbolically in the adult characters who live in a depersonalised and ephemeral state of musical fame, especially in such a volatile time of cultural, economic, and political change as 1970s Middle America. 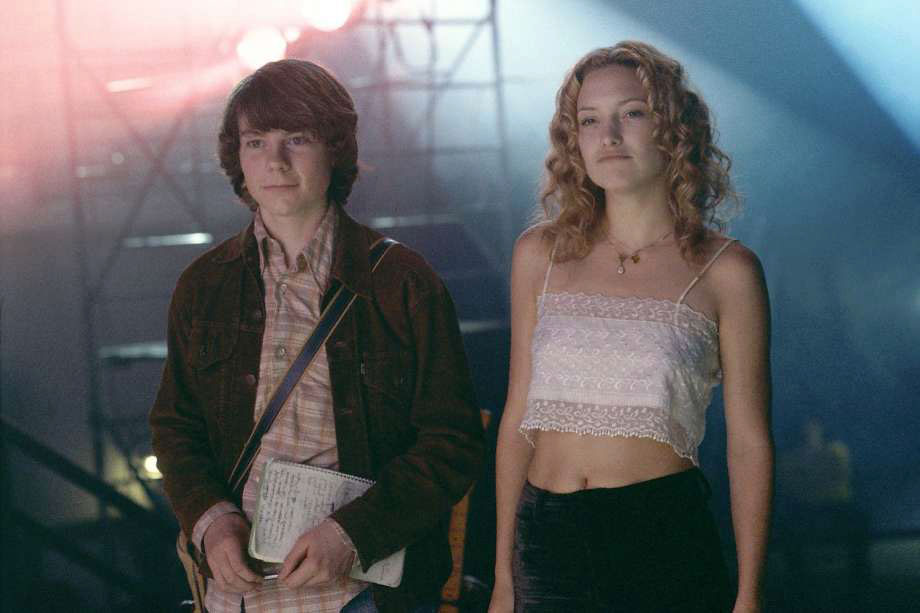 The film’s main character (and the primary embodiment of youth) is William Miller (Patrick Fugit), an unassuming but driven 15-year-old who aspires to become a rock journalist, despite the concerns of his overbearing mother. William, desperate to elude his mother’s desired future for him as a lawyer, manages to obtain a job writing for Rolling Stone magazine – his first feature being on the mid-level band Stillwater.

William’s newfound responsibility, however, is one based on deception: he has lied to his editors about his age, stating that he is a college student, knowing that they could not (morally and legally) employ a 15-year-old to go on tour with a rock band. Here, William constructs himself a new character, an older version of himself, in order to pursue his dreams.

While on the road, he meets the mysterious and effervescent Penny Lane (Kate Hudson), Stillwater’s main ‘band aid’ (an endearing term for a groupie). William and Penny share a moment of genuineness within the almost fairytale realm of the road when she asks how old he is, to which he replies that he is 17. She says, “Me too”. William then tells her that he is actually 16, to which Penny offers the same reply. He finally reveals his true age of 15 and she offers, once again, the same reply.

This moment of truthfulness exposes the artificiality of the road environment, and how it renders constructs such as age and youth meaningless. This exchange also lends itself to the idea of depersonalisation within Almost Famous, with the characters ‘performing’ as who they wish to be, not as who they truly are.

For William, this means an older, more confident version of himself. For Penny, performing as anybody but herself appears to be her modus operandi, later revealing to William that Penny Lane is a pseudonym which she assigned herself. By reconstructing parts of themselves that have been given to them by others, they are able to perform their youth through the ephemeral artifice of the road. 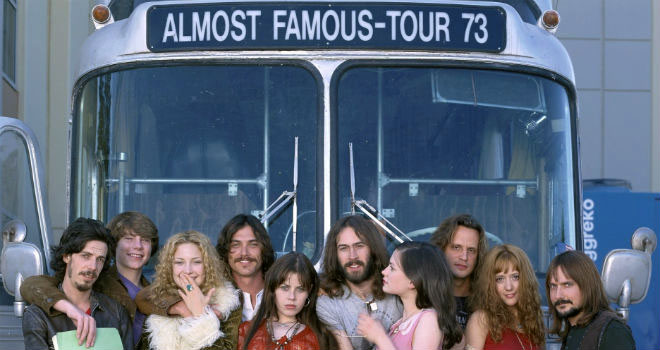 The older characters in the film, the actual band members, are also indicative of this depersonalised and ephemeral state, albeit not directly connected to their own youth, but rather the youth of those around them. The band struggle with their rising fame and its detrimental effect on their personal relationships.

They, like William and Penny, have constructed personas for themselves, ones which are entirely incongruous with their lives ‘off the road’. Russell (Billy Crudup), the lead guitarist, tells William that he cannot document everything that he sees during his time on the road; it would be ruinous to certain band member’s lives because some of them have wives and girlfriends waiting for them back home.

This depersonalised state of ephemerality is unstable and the characters are aware of this. They relish in the artifice they have constructed until they cannot do so any longer – i.e. they cannot travel any further and must return to the point of departure (their homes/true selves).

This moment is allegorised when the band decide to abandon their tour bus for a private plane, which, on its first journey, begins to plummet. Within moments, the world these characters have created for themselves is shattered, causing them to reveal their true feelings and motivations, ones which they have concealed or repressed within the performative realm of the road. It is within these moments of revelation that the characters realise how depersonalised their identities have become.

The plane stabilises, however, and they are then able to go forward and readjust their desires and personal identities based off these experiences. They have learned that the artifice of the road, while being different to that of home, is another kind of home, and that they should not allow themselves to become depersonalised because of this. Youth and the road environment are undoubtedly ephemeral; what the characters take from this time, however, does not have to be.