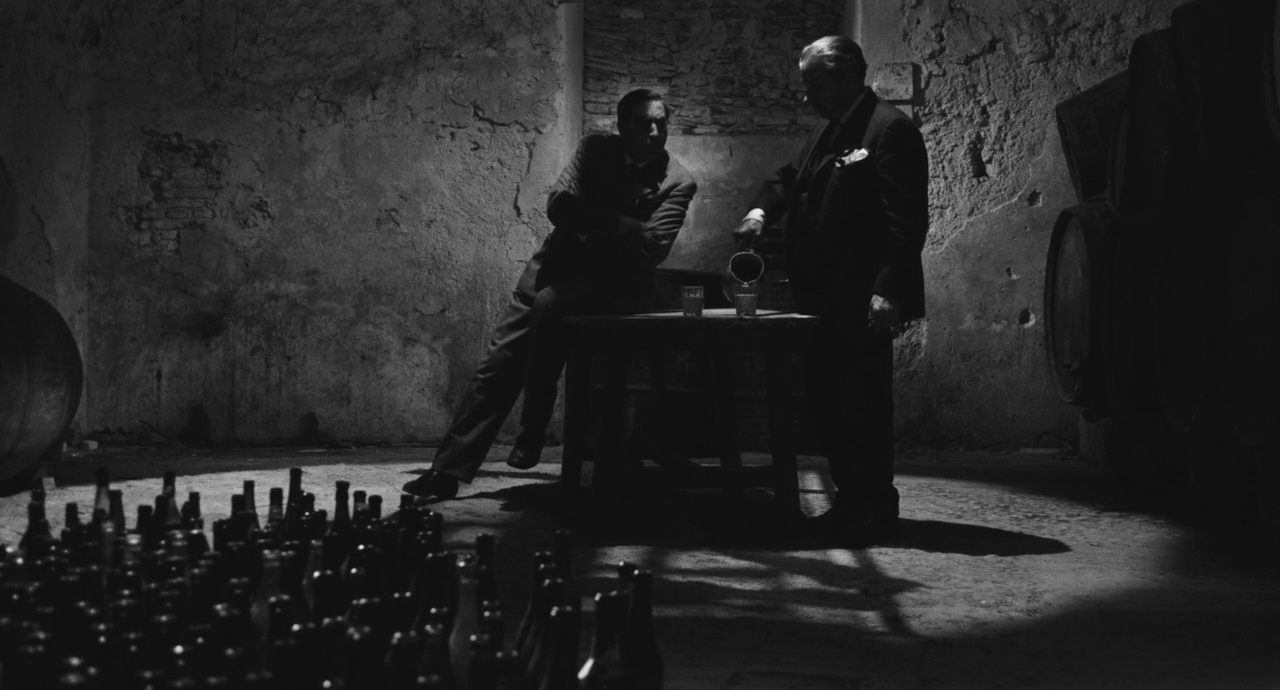 When it comes to the golden age, or l’età d’oro, of Italian cinema, there appears these days to be some general discord over when this period actually took place. There is the argument, and perhaps it is a sound one, that the neorealism of the 1940s represents the true quintessence of Italian film at its uppermost heights: a pure, unblemished form of cinema that stripped away all artifice and left us with the untampered truth. This was, after all, a cinema born out of hardship: images and ideas conceived as the product of great suffering, just as the correct oppressive force and heat applied to carbon atoms will produce diamonds.

Diamonds, yes, but what about gold? None would ever consider associating the motivations of neorealism with such a vibrant substance or colour. Yet it could be applied much more neatly to the gilded interiors and shiny material wealth of the 1960s and its films. La dolce vita, a sweet life in the fast lane; Hollywood on the Tiber, big studios and stars flocking to the Mussolini-built Cinecittà, and all the glitz and glamour that comes with such an association.

While so very different, these various golden ages of Italian cinema couldn’t exist without each other: with the economic boom of the 1950s as the landscape-altering elevator linking one period to another, where the crumbling ruins of a post-war capital seen in Roberto Rossellini’s Roma, Città Aperta (Rome, Open City, 1945) are replaced by the shiny, alien exteriors of Michelangelo Antonioni’s La Notte (1961).

There is however another, somewhat smaller movement within Italian film that could almost be seen as a product of these two distinct periods, though for different reasons. Just as neorealism was almost a gritty counter-reaction to the telefoni bianchi comedies of the 1930s, post-boom Italy saw the arrival of certain films that would shun such elements as western consumerism and the domestic bourgeoisie. These films, so labeled the cinema d’impegno civile, would instead take the country’s burgeoning industry and wealth to task, grappling in earnest with the dangerous implications of political corruption and greed. As with most notable and historic filmic movements, it is difficult to come up with a definite starting point; an immediate precursor, or influential piece whose crunching through a wall would leave clear an inviting path for those that followed.

Rather than films, it is perhaps better to think in terms of filmmakers; one of the most iconic of whom, Pier Paolo Pasolini, is much harder to categorise than the rest. His approach to engaging an audience in politics, at least to some degree, could be described as more akin to that of Jean-Luc Godard – with a general contempt, if you’ll excuse the pun, for the political fiction films of the time. One thing that does link Pasolini with his political counterparts of the period, however, is their shared origins and influences: a steady diet of neorealist films during their formative years, and upon which many of these directors were lucky enough to cut professional teeth.

Francesco Rosi, who was born the same year as Pasolini and began his career as an assistant director on Luchino Visconti’s La Terra Trema (1948), would go on to become one of the great figures in this new era of political film. The two works he would go on to release at the very beginning of the decade, Salvatore Giuliano (1962) and Le Mani sulla Città (Hands Over the City, 1963) not only represent key early entries, but are also two of the more accessible today. Both have been released by The Criterion Collection in the United States, and subsequently restored to 4K resolution by the Cineteca di Bologna and the Cineteca Nazionale in Rome respectively. 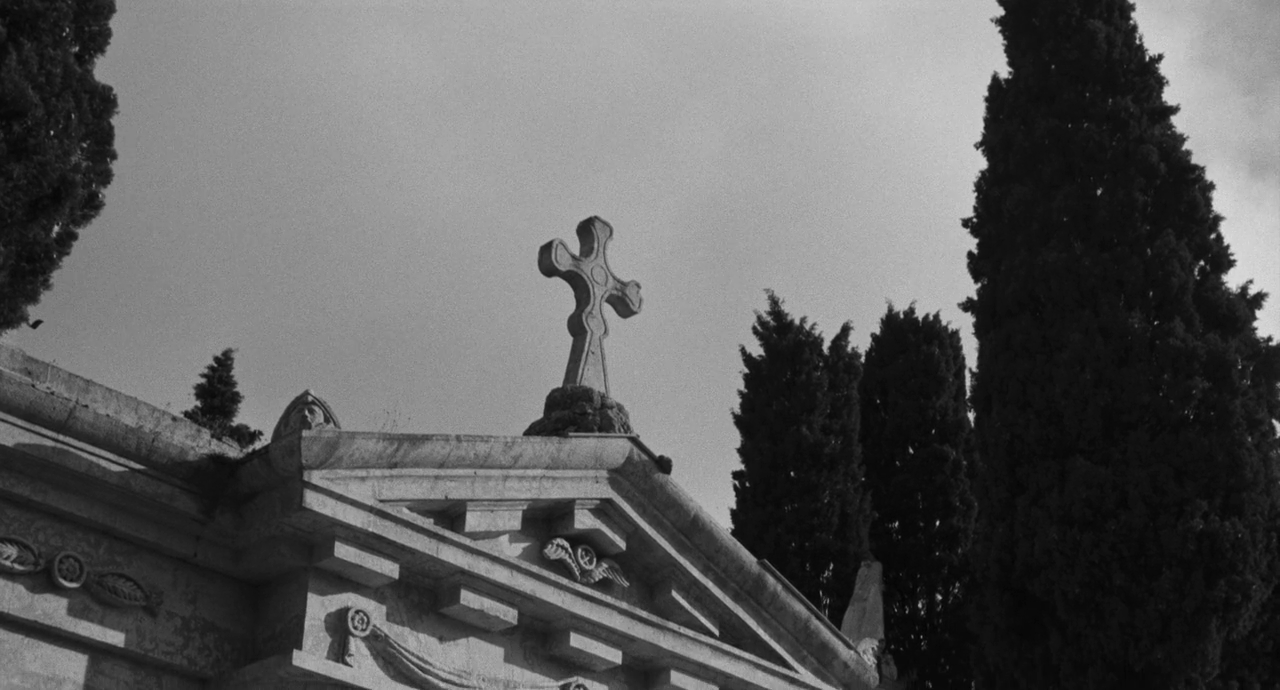 Salvatore Giuliano (above) alights upon a barren Southern landscape, a region riddled with poverty and exploitation that would dominate much of Rosi’s work. The eponymous figure here is that of a real life Sicilian bandit, whose prone form we glimpse sprawled across a bloody courtyard at the film’s opening, then on a cool white slab while figures crowd around. His lingering absence is both a systematic dismantling of the biopic as we had come to know it, and a theme that continues into Rosi’s follow-up, Le Mani sulla Città (below). Here, rolling hills are replaced by rumbling industry; the late, iconic bandit replaced by Rod Steiger’s hulking, withdrawn land baron who faces political ruin after one of his cheap buildings similarly crumbles to dust. 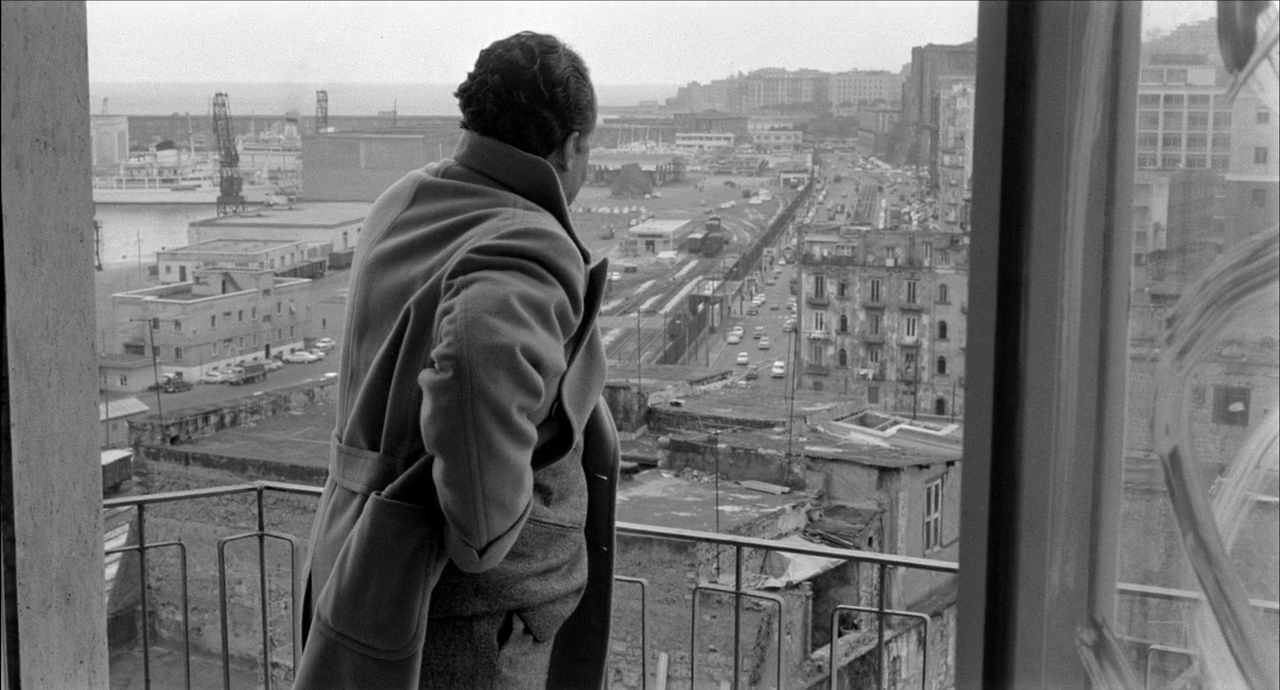 While there is clearly some external influence here, from the crime fiction of messrs. Kazan, Huston and Dassin in particular, the main source of inspiration remains domestic. A common thread can be found in the varying exposure of such directors as Pasolini, Visconti and Bertolucci to the cultural and political leanings of Antonio Gramsci, founder of the Italian Communist Party. This is evident in the work of brothers Paolo and Vittorio Taviani, too, whose Un Uomo da Bruciare (A Man for Burning, 1962) also documents one man’s war against the Sicilian mafia, and can be paired with Mario Monicelli’s I Compagni (The Organizer, 1963) as two of the great films about organised activism in the face of corruption. The former also represents the first foray into political cinema of celebrated actor Gian Maria Volonté, who would become one of its central figures. 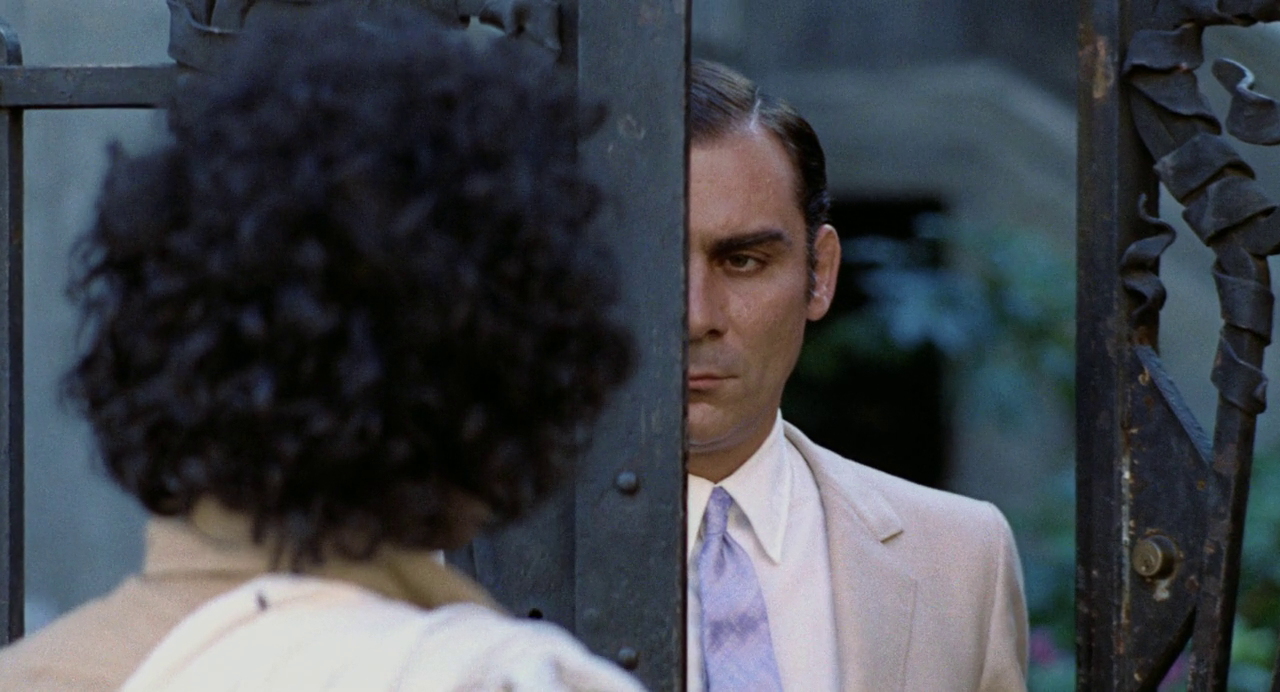 Director Elio Petri, who began as a newspaper critic collaborating with neorealist icon Cesare Zavattini on Roma, Ore 11 (Rome 11:00, 1952) would call upon Volonté’s hardened demeanour and flashing eyes in recurring fashion, first for A Ciascuno il Suo (We Still Kill the Old Way, 1967) and then the fantastically titled Indagine su un Cittadino al di Sopra di Ogni Sospetto (Investigation of a Citizen Above Suspicion, 1970, above). Volonté is scintillating, shape-shifting here in the leading role of a psychologically unsound, morally bereft Roman police inspector. Set to the jaunty bars laid down by Maestro Ennio Morricone, the film is both a wilful deconstruction of the detective/procedural genre and a fierce critique of the authoritative, oppressive powers that be.