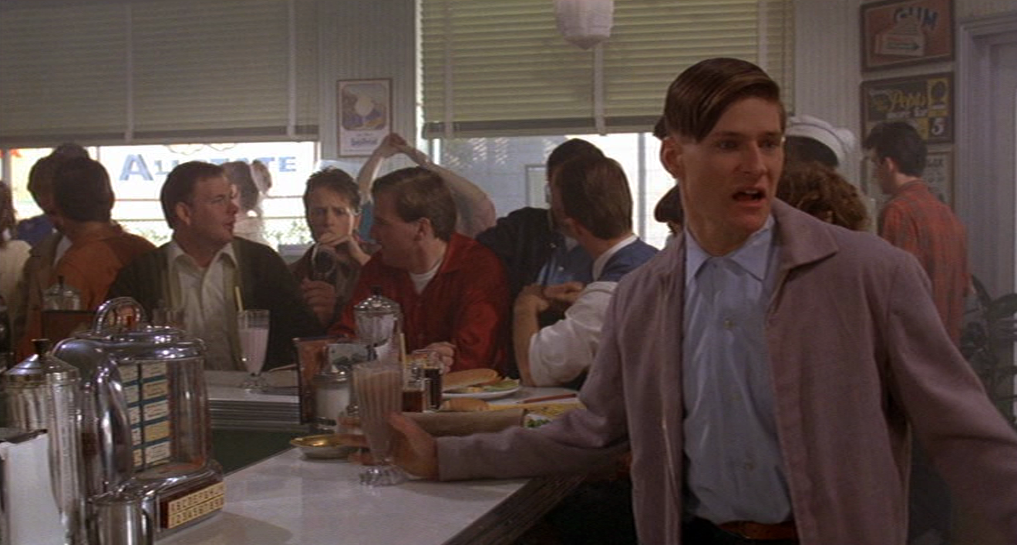 Beverage of choice for children everywhere, the milkshake is a potent and instantly recognisable American icon: a pillar of blended milk, ice cream and sentiment, offering even the most jaded adult a fleeting taste of youthful abandon. To utter its name alone is to evoke longing for lost innocence, be it Indy (Harrison Ford) reflecting on the last time he and his estranged father sat down for a drink in Spielberg’s Indiana Jones and the Last Crusade (1989); the destitute street poet (Dominik Castell) using the word as the fulcrum to an impromptu paean to romance in Richard Linklater’s Before Sunrise (1995); or Daniel Plainview (Daniel Day-Lewis) cementing his intensely personal defeat of Eli (Paul Dano) with the taunt “I drink your milkshake,” in Paul Thomas Anderson’s There Will Be Blood (2007).

The milkshake provides moral support in times of need. Back to the Future (Robert Zemeckis, 1985) sees George McFly (Crispin Glover) catch and swig his chocolate milk like a cowboy gulping whiskey, Dutch courage as he prepares to woo his future wife. The gesture may highlight his immaturity and lack of machismo, but nonetheless it confirms the sincerity of his desire, and determination to act thereupon. In American Mary (Jen and Sylvia Soska, 2012), the eponymous anti-heroine (Katharine Isabelle) is spiralling into mental illness as she sinks deeper into a brutal criminal underworld. The gift of a milkshake from her new partner in crime, gangland heavy Lance (Twan Holliday), is at once a respite from her despair, and a means by which she makes peace with her new lot in life, albeit briefly.

If the milkshake embodies our most personal well of comfort – a surrogate mother’s breast with extra foam and syrup – then to accept it as a gift from another as Mary does is to acknowledge a kinship and intimacy with that person. This is even more pronounced when a milkshake is shared, as demonstrated in Tarantino’s Pulp Fiction (1994). Though Mia (Uma Thurman) is visibly apprehensive when Vincent (John Travolta) requests a taste of her $5 shake (oh, for the days when that seemed extortionate). She agrees, signaling trust, leading to mutual understanding once Vincent concurs it is “a pretty fucking good milkshake.” Of course, given that the two have effectively swapped fluids by knowingly using the same straw, there is also a clear sexual overtone to the exchange. 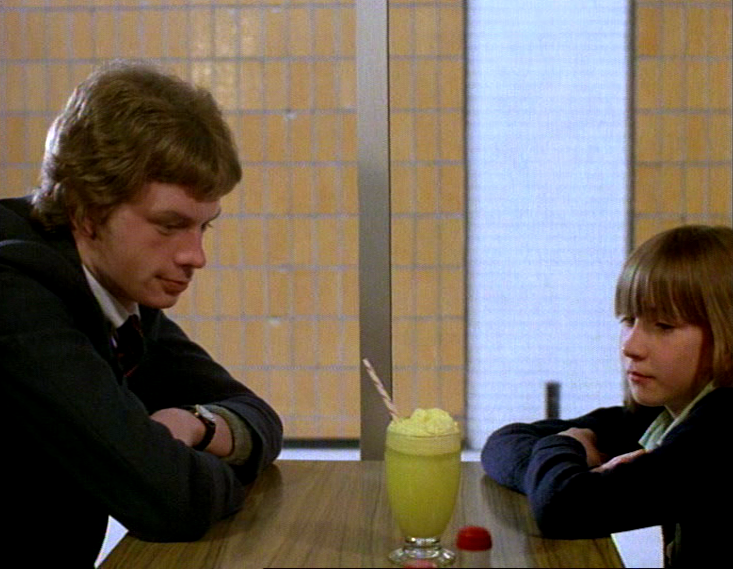 Whether the relationships forged over these milkshakes stand the test of time or prove as short-lived as the drink itself, perhaps what the milkshake underlines most is how such momentary states of joy and revelation can only ever be ephemeral, therefore must be savoured.  As young Madeline (Allison Forster) says in Gregory’s Girl (Bill Forsyth, 1981), prior to indulging in her (regrettably milk-free) ginger beer and ice cream, “The nicest part is just before you taste it; your mouth goes all tingly. But that can’t go on forever.”