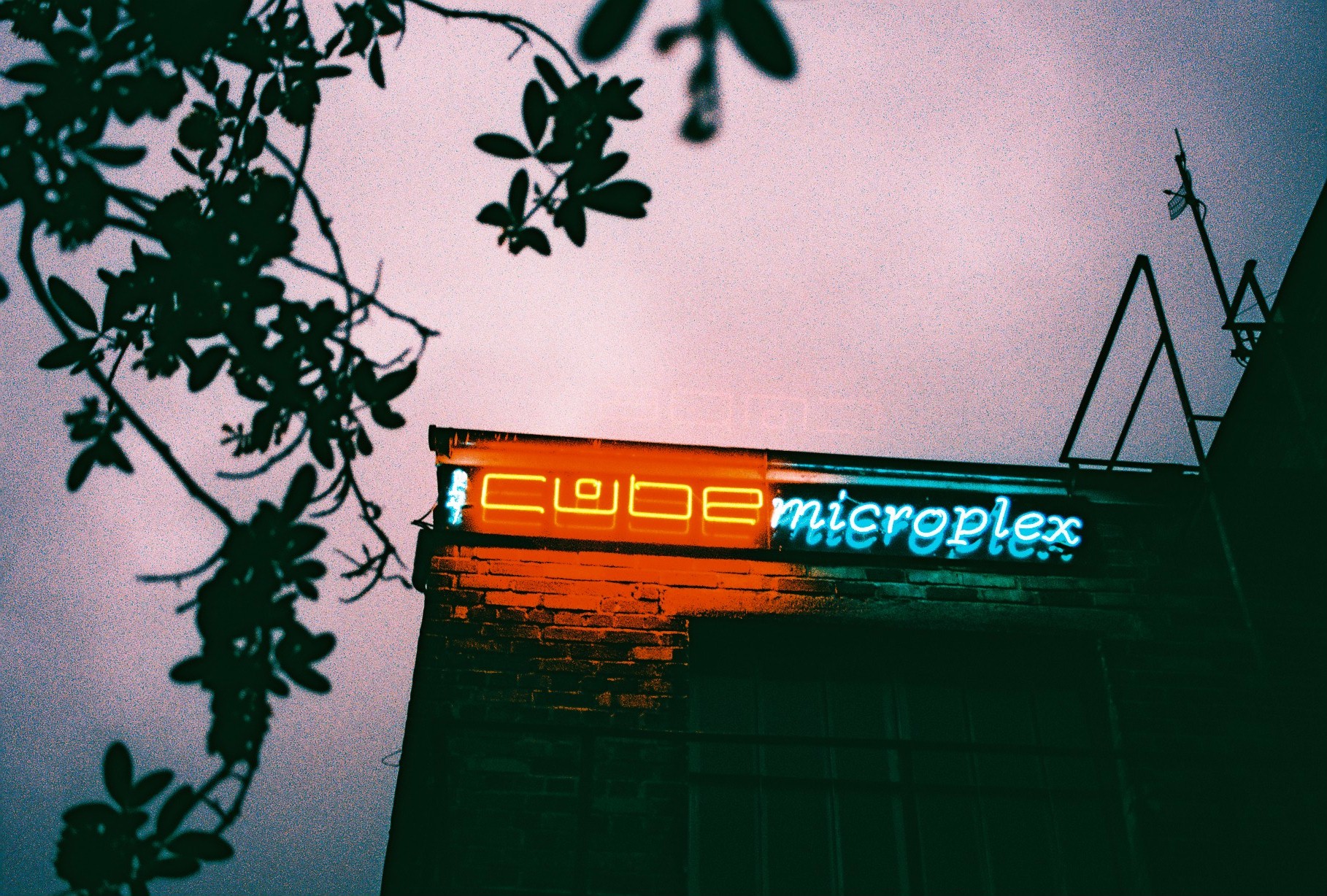 Bristol’s Cube Microplex, tucked away off King’s Square close to the city centre, has been banging the drum for Alternative Cinema in all its varied forms for many years. One regular programme entry is the Hellfire Video Club which seeks to screen some of the more esoteric videotape releases of yesteryear for the edification of its audiences.

What’s the prehistory of the HFVC?

MATT: I’d been involved with the Cube for several years programming various bits and pieces. Around 2009 I started a night of ‘would be’ cult films – stuff that ticked those boxes in every sense other than the fact that they were relatively obscure, unseen or undiscovered. Those nights were kind of sporadic, so when Joe got in touch, proposing a night that was at its heart basically similar, but (mostly) dropped the ‘difficult’ aspects, it just seemed to make sense.

JOE: The driving force for me was the idea of seeing this stuff on the big screen. It also fills a valuable hole in the Bristol scene that previously was uncatered for: You can watch dogshit at the multiplexes, or interesting world/arthouse stuff at the Watershed – but there was no trash, exploitation or weirdness anywhere!

The DJing aspect of the night is important too – we bloody love old records and before/between and after each film we play stuff that fits the vibe of the films, to make sure people’s brains are warmed up (or worn down) before imbibing the films. It’s fun to get stuck into the collection to find the mad stuff that we wouldn’t normally get to play out anywhere else… lots of weird soundtracks, library gear, synthesized sounds and strange pop.

MATT: We also liked the idea of doing double bills. Taking a thematic link and running with it. You get a lead film and a second ‘surprise’ film, which somehow gives you more of the same, but different. On a good day this would mean expanding or riffing on the themes of the first film. On other occasions it might just mean something more idiotic than the first. 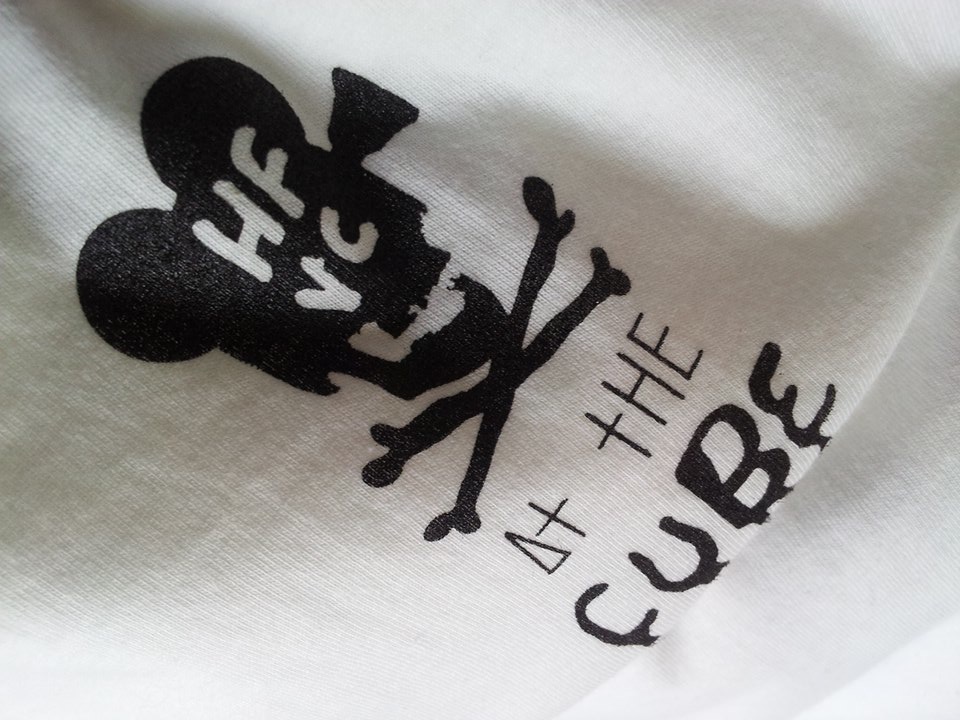 How does a film qualify for a HFVC screening?

MATT: It’s likely to be from a certain period. Broadly speaking roughly mid-sixties to mid-eighties. We’ll argue a lot amongst ourselves as to how far we’ll go beyond that.

JOE: We know it when we see it – the alchemy is something like: one part weird/ one part naïveté/ one part awesome, and must hold the interest of a partially boozy crowd.

MATT: It has to have a quality that makes it somehow different. Ideally slightly out of step with itself, and its contemporaries, whatever they might have been. So it could be anything from a mainstream film that just flies right off the handle (Zardoz, Altered States), to a low budget mess that resembles some kind of baffling outsider art.

I think it’s probably fair to say we both have a liking for stuff that appears to have accidentally come out all wrong, somehow. And two wrongs make a right! Maybe.

How do you manage to source these video rarities?

MATT: It is quite tricky sometimes. To some extent what we can show is dictated by what’s available. There’s a mountain of amazing stuff that has just never seen a release in this country, so finding and clearing rights for screenings can be difficult and time consuming. Usually involving lots of emailing – waiting, chasing and negotiating.

Difficult to answer perhaps, but which of the films that you’ve screened would you consider to be the weirdest?

MATT: Ha. I’m not sure we’ve even got to screen the really crazed stuff yet. I’m still waiting for the day we can subject a packed house to something like ‘Sweet Movie’, or ‘Boardinghouse’.

JOE: There’s no going back either, as once you’ve seen some of the madder gear like ‘The Boxer’s Omen’, most current Hollywood releases won’t hit the spot. You’ve got to keep chasing the dragon!

Could you describe a typical HFVC customer?

You’re consciously anti-multiplex, but which movies have proved to be your ‘blockbusters’ in terms of ticket sales or repeat screenings?

JOE: ‘The Man Who Saved the World’ (more commonly referred to as ‘Turkish Star Wars’) last year was defo the most people we’ve had crammed in the Cube. I’d like to think word of mouth spread about a killer-sounding Turkish film, but it was probably because it said “Star Wars” on the poster…

MATT: It was definitely our ‘blockbuster’. It is kind of extraordinary though. It moves completely beyond this idea of a ‘bad film’ into something beyond.  It’s just really strange, lopsided. All this stolen footage and music, excessive sound effects and weird editing. It sort of pushes you into a corner and pins you there.

What does the future hold for the HFVC?

JOE: We’ve been attempting to use some of the more fringe films as a ‘gateway drug’ so we can screen some proper mindfudgers, but whenever we go too niche (Richard Harrison night… anyone?) our audience numbers drop a little – we’ll keep ploughing away though.

MATT: In a way we’re still playing around with the format – we’re trying a few weekday screenings now. I’d also be quite into doing an all dayer/nighter, at some point. Might be fun…

Next thing for the Cube itself is the business of raising funds to buy the building. We need to secure its future as a progressive community arts space in perpetuity, and who knows after that…

What are your current top fives?

Pastoral: To Die In The Country (Shuji Terayama, 1974)