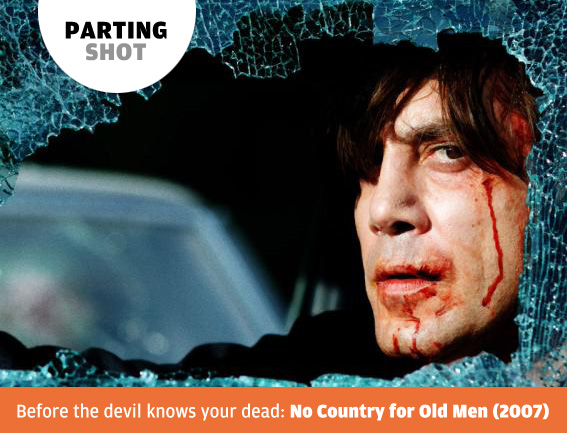 Sean Wilson roots out a common thread running through the Coen brothers films and examines the varying degrees of devilish interplay at work in the battle between good(ish) and evil.

‘For a little bit of money’, says the resolutely decent Marge, pregnant and with a loving husband who paints designs for stamps. ‘There’s more to life than a little money …don’t you know that?’

The stony Grimsrud doesn’t reply, or perhaps can’t, so locked into an inscrutable mindset is he. Glancing in the rear-view mirror, Marge is staring right in the face of something she’ll never understand. 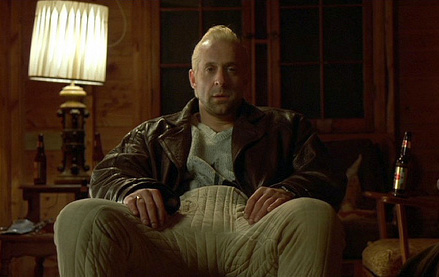 Stormare’s chilling portrayal of the relentlessly monstrous Grimsrud calls to mind a regular theme arising in the other films of Fargo directors Joel and Ethan Coen: that of an elemental battle between good and evil. For all their (in)famously quirky dialogue, cruel manipulation of the viewing audience and blending of comedy with horror, strip away all the defining ‘Coen-isms’ and there’s frequently a straightforward idea at the core.

Take their most successful effort, No Country for Old Men. Although they made a surprise, stunning fit with Cormac McCarthy’s already stripped-to-the-bone prose, what’s remarkable is how they use the source material to expand on their familiar themes, namely a one-on-one struggle between Josh Brolin’s decent (if flawed) Llewellyn Moss and Javier Bardem’s terrifying, unstoppable Anton Chigurh.

Moss, a Vietnam-vet, makes the daft, but undeniably human, decision, to abscond with $2 million in drug money; his motives are greed but he intends to hurt no-one. Chigurh on the other-hand is seemingly not of this Earth, more an angel of death, a satanic figure, who strides through the Texan border towns killing anyone who ventures across his path and, most importantly, who refuses to judge his own actions, often leaving it to a coin toss. One nail-biting battle takes their bloody conflict to the extreme, onto the night-time streets of Del Rio. 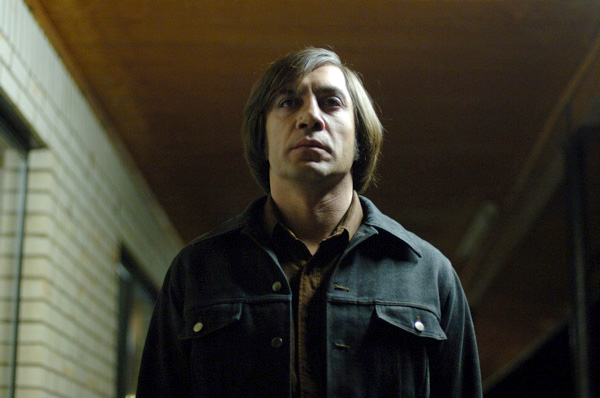 A more stark contrast arises late in the film between Bardem and Tommy Lee Jones’ amiable sheriff Ed Tom Bell, one of the old men implied in the title, whose ‘country’ he is no longer fit for. Bell is told: ‘You can’t stop what’s coming’. All he can do is hang onto his sense of decency in the face of surmounting evil.

Truthfully, the Coen’s toy with the idea to varying degrees, often rendering it delightfully silly in their own inimitable fashion. Raising Arizona sees the nature of the Devil at its most satirical, represented by Hells Angel’s biker Leonard Smalls (Randall ‘Tex’ Cobb) who emerges out of the desert landscape to track down the baby Nicholas Cage and Holly Hunter have abducted to call their own. Leaving flaming tire tracks and obliterated bunnies in his wake, the film climaxes in a classic yet rib-tickling OTT showdown. 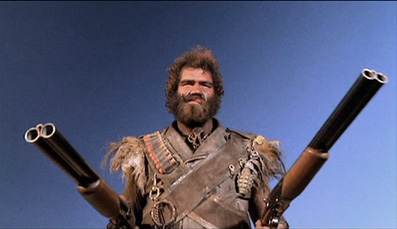 More often though, the Coens’ darker characters are deeply sinister. Blood Simple, their debut, is their most straightforward film, closely approximating a horror story in its themes of Texas-based adultery, murder and (again) money. Although Frances McDormand’s marked, cheating wife can hardly be described as ‘good’, she surely comes off more sympathetic when faced with M. Emmet Walsh’s sleazy and creepy investigator, Loren Visser, whose climactic attempt to break into her apartment through the window is agonisingly tense. Again, Walsh is the looming, devilish, seemingly inevitable figure who will always rise up in Coen films whenever someone steps off the straight and narrow. 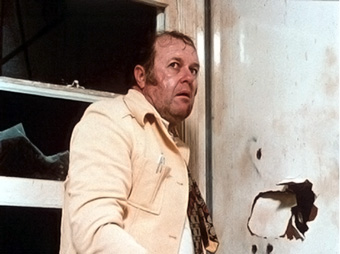 Other efforts toy with the notion to an extent (John Goodman’s toad-squishing Bible-basher in O Brother; Fred Melamed’s insidious Sy Ableman in their most recent, A Serious Man), but the most explicit representation has to be in Barton Fink, itself a reworking of the Faustian tale. John Turturro’s titular New York playwright, keen for success beyond mere artistic credentials, arrives in Los Angeles where he is drafted to write a crass Wallace Beery wrestling picture, something that’s clearly below his standards. Naively believing he can bring art-house integrity to a formula-led industry, there’s also the issue of his neighbour, Charlie Meadows (Goodman again), outwardly loveable yet increasingly unnerving as the film wears on.

Somehow it all ties into the spooky hotel he has wound up in, a roasting hot place where the wall-paper is constantly peeling. The astonishing fiery climax, blending the real and the surreal in Hellish fashion, sees Goodman’s imposing character reveal his true colours, offing two detectives with a shotgun to the sound of ‘Heil, Hitler’. Baptised in flame, Charlie Meadows aka ‘Mad Man Munt’ nevertheless threatens to come off more sympathetic than Turturro’s Fink, a malevolent yet afflicted soul who bellows that Barton has never valued their friendship or conversation, while simultaneously opening up a whole tub of capitalist worms by claiming the privileged Fink is a mere tourist in LA, there to exploit the little people. 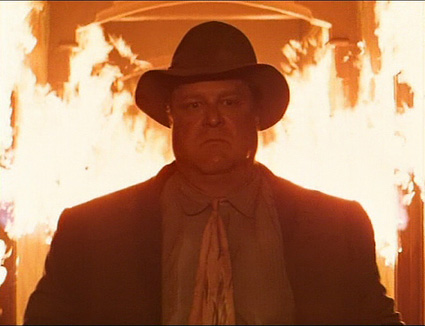 Well, it’s never straightforward with the Coen’s, is it?

Yet, the central give and take very often is straightforward; it’s just the film around it that threatens to get more complex. Maybe this is why the Coen’s are so beloved by audiences around the world: their films, at heart, contain decent principles, and provide a noteworthy element of human struggle against the forces of darkness. After all, who doesn’t feel moved at the end of Fargo when Marge snuggles up next to husband Norm (John Carroll Lynch), claiming it’s only ‘two more months’?

Maybe Joel and Ethan are more warm-hearted than they appear.