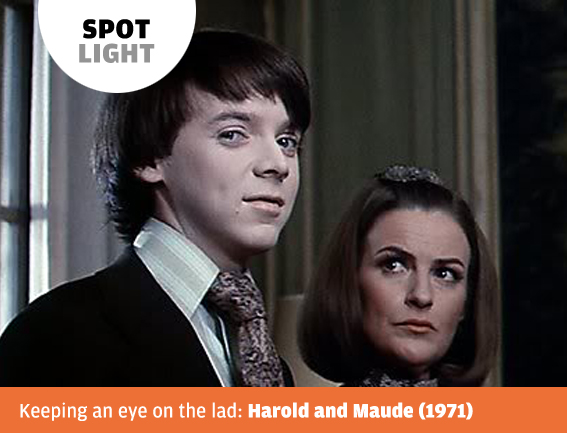 As a continuation to our cover feature on Maniacal Matriarchs in Issue 7 of The Big Picture magazine, Emma Simmonds looks at more memorable movie mothers who exert unholy influence over their offspring. 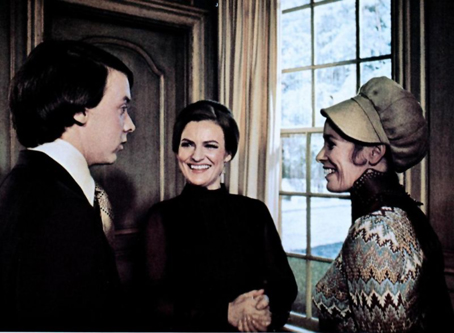 When we first see Mrs Chasen (Vivian Pickles) she is reacting to the apparent suicide of her son (Bud Cort) with disturbing nonchalance. It quickly emerges, however, that staging mock suicides is, in fact, a macabre hobby of Harold’s. As he hangs from the noose, fake blood dripping from his mouth, she tells him curtly, ‘Dinner at eight, Harold, and do try and be a little more vivacious.’ An uptight society lady, driven to distraction by Harold’s antics, Mrs Chasen makes for a perfect comic foil. She repeatedly attempts to whip the idiosyncratic Harold into a more conventional shape – by signing him up with a dating agency, replacing his hearse with a sports car, enlisting him in the army – and is largely oblivious to the futility of her efforts. Perhaps it is no coincidence, given the absence of motherly compassion and understanding on offer, that Harold finds companionship, and eventually romance, with a significantly older woman, Ruth Gordon’s cheerful kleptomaniac, Maude. 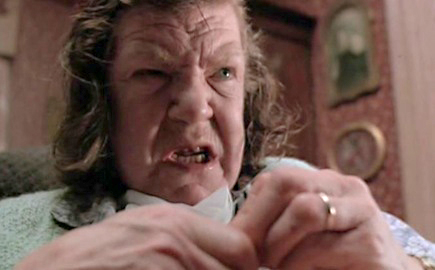 Professor Larry Donner (Billy Crystal) ia consumed by ill will toward his vainglorious ex-wife and, worse, is suffering from writer’s block. His student, Owen Lift (Danny DeVito), is a middle-aged man desperate to extricate himself from the clutches of his wicked mother. Larry’s advice on Owen’s murder story plants a seed; one trip to see Strangers on a Train later and the ‘criss-cross’ murder exchange narrative is established. Owen’s mother is played by Anne Ramsey, already the stuff of children’s nightmares after her terrifying appearance as another monstrous mumbling mother, Mama Fratelli, in The Goonies. Here, as there, she is a gnarled, hunched, paranoid and irritable creature whose barely coherent commands (“Move it, fat boy!”) and endless belittling (‘You’re sat there typing again like a fat little pigeon’) are infrequently interspersed with slurred sentimentality. With a ferocity that belies her physical rigidity, she’s a grotesque and yet still plausible creation.

Stop! Or My Mom Will Shoot (1992)
Dir. Roger Spottiswoode 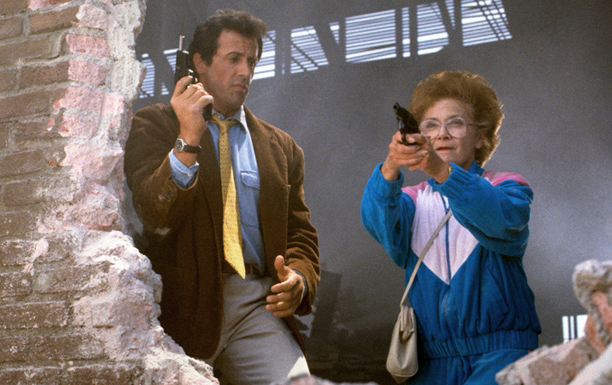 This ‘odd couple’ caper is a lowbrow look at mother-love, and as cheesy as a Wotsit. Estelle Getty plays Sylvester Stallone’s physically diminutive, but jaw-droppingly overbearing, ‘mom’. A serial embarrassment, compulsive critic and impressive trash-talker (‘His ass was grass and I was the lawnmower’), Mrs Tutti Bomowski packs a pistol, a suitcase devoted to cleaning products and a string of baby pictures. Tutti is a woman with no concept of boundaries, forcing herself into the of her police officer son. (He wakes up to find her pointing a gun at him only for her to deliver the line, ‘Go ahead… make your bed’.) She interferes in his relationship and improbably, yet oh-so-inevitably, partners with him on the job after witnessing a drive-by shooting. Despite his best attempts to shake her, she repeatedly returns to offer her own brand of ‘assistance’ until Sly exclaims, ‘Her love is driving me nuts!’