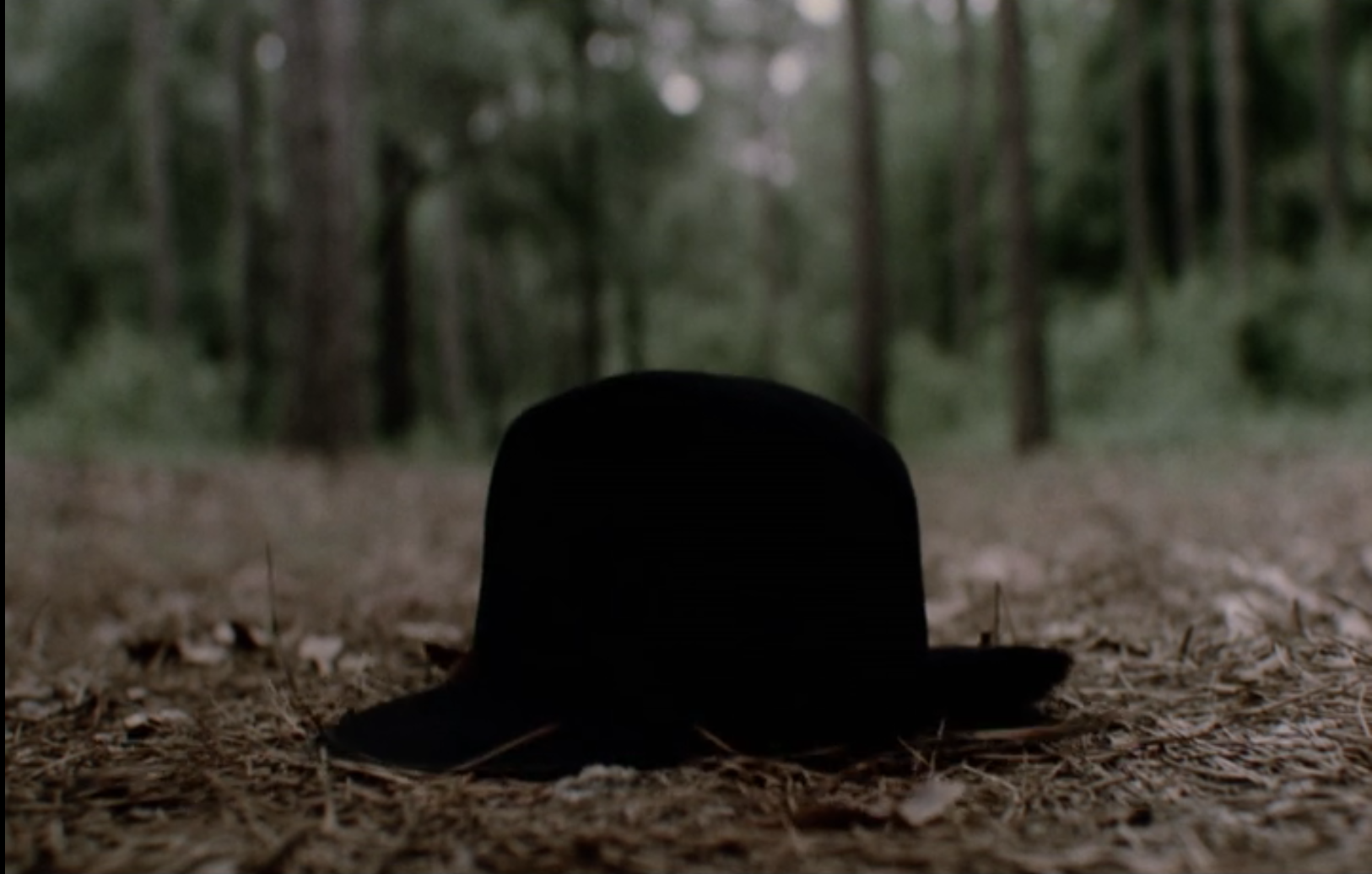 Inspired by the novels of Dashiell Hammett, and featuring corrupt cops, Tommy gun hits, and that typical fixation over loyalty, Joel and Ethan Coen’s Miller’s Crossing goes all out to embrace the mythology and imagery of the gangster noir. And what gangster’s image is complete without the iconic fedora?

Though the story follows the war between gang leaders Leo O’Bannon (Albert Finney) and Johnny Caspar (Jon Polito), both seen wearing such a hat, the focus is on Gabriel Byrne’s Tom Reagan, an advisor for O’Bannon who switches sides to work for Caspar after admitting to sleeping with O’Bannon’s girlfriend Verna (Marcia Gay Harden). 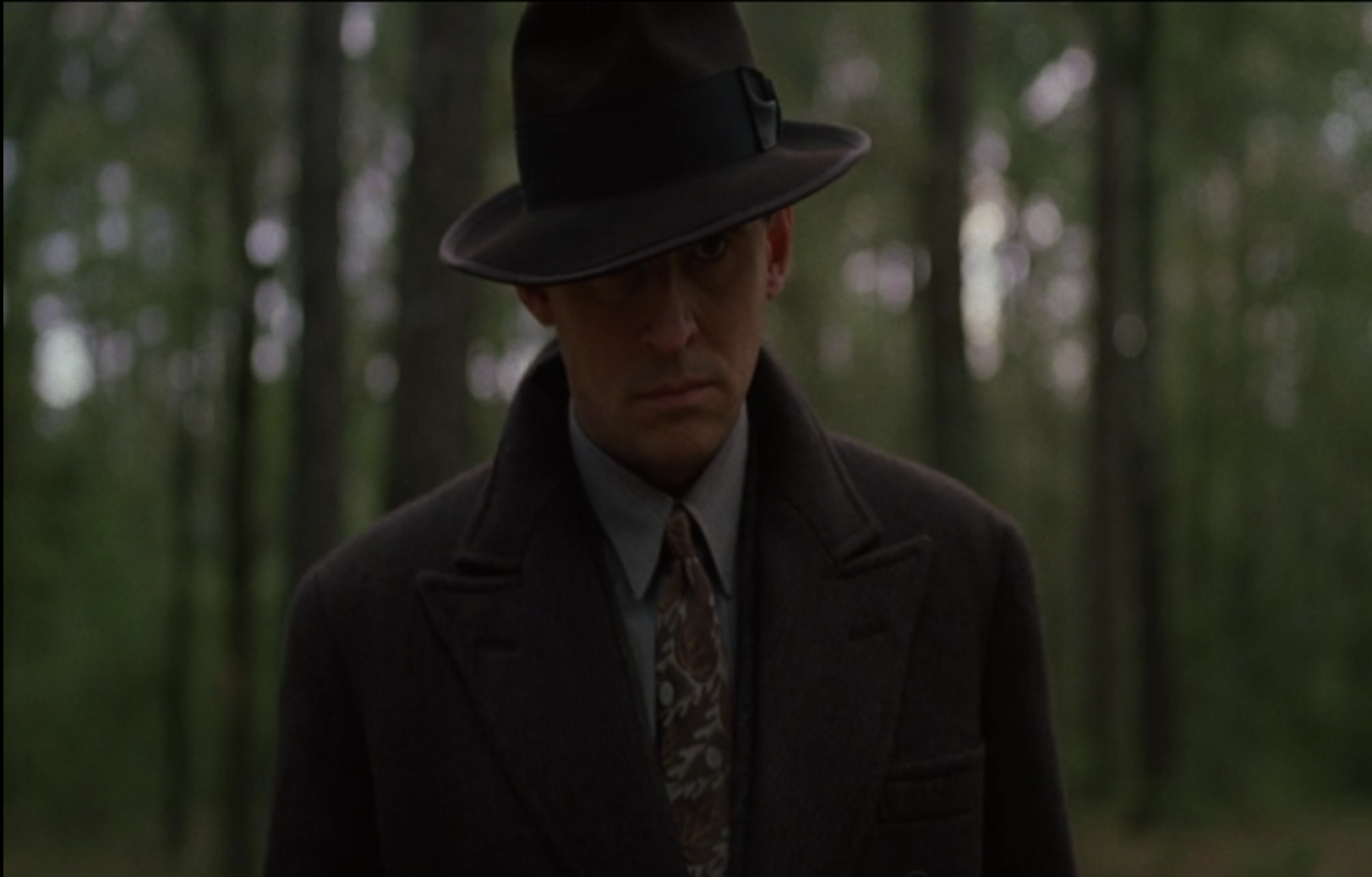 To test Tom out, Caspar sets him the task of executing Verna’s brother Bernie (John Turturro), whom O’Bannon had been protecting. The camera fixates on Tom’s face as he straightens his hat and then walks Bernie out into the woods; here the fedora is a status symbol, part of the image he needs to present to prove himself.

But Tom doesn’t go through with the execution, and lets Bernie run off, firing into the ground to trick Caspar’s men. If his lack of loyalty to O’Bannon didn’t give it away, this scene does – Tom eschews typical gangster values, seeing what he does as more of a job than a lifestyle, and not a job he enjoys. With an air of melancholy reminiscent of other Coen brothers leading men such as Llewyn Davis and A Serious Man’s Larry Gopnik, Tom is increasingly disillusioned with the world (and indeed, the genre) represented by the hat.

This is mirrored by his inability to hold onto it. Early on, he wakes up to find he gambled it away while drunk, and later, a punch in the face from betrayed O’Bannon knocks Tom’s hat right off – followed by an onlooker passing it back only for him to be punched again immediately. At one point, Tom recounts to Verna a dream in which his hat blew away in the wind. She assumed that he followed the hat to get it back, but he in fact let it go – “nothing more foolish than a man chasing his hat”, he says, bringing his disillusionment to the fore. 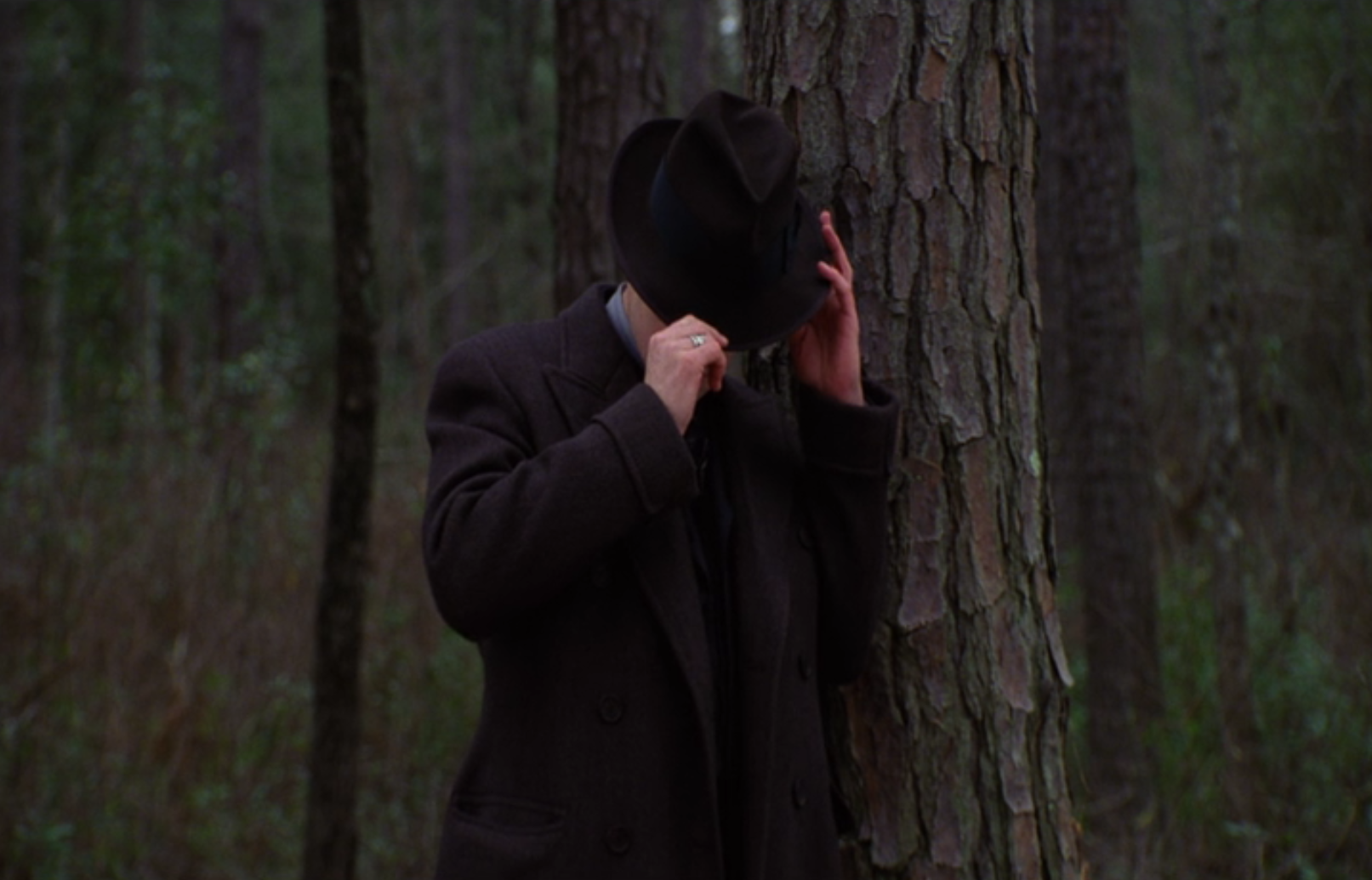 So, does the hat represent the macho gangster lifestyle, into which Tom can never fit? That assumption is flipped on its head by the final scene – with Caspar dead and buried, O’Bannon offers Tom his job back, but Tom, finally deciding to move on, turns him down. As O’Bannon walks away, Tom puts on his hat and straightens the brim for one final time. Maybe, then, the ability to wear the hat does not represent the gangster identity alone, but confidence in and control over one’s identity, whatever that may be.