While we’ve all seen it portrayed in countless movies, have any of us actually hit it?

In a scene a few minutes into Sydney Lumet’s 1982 courtroom drama The Verdict, we are left in no doubt that disgraced former star attorney Frank Galvin (Paul Newman) is staring rock bottom full in the face, as he trashes his office in a drunken rage following another night on the tiles.

The bar he drinks in is a dimly lit hovel and the company he keeps are fellow barflies humbled by life’s expectations and their failure to meet them. Since being framed for jury tampering and subsequently dismissed from an elite Boston firm, he’s taken just three cases and lost them all. His cramped apartment is testament to a life having unravelled and with it the loss of self respect.

He’s late for meetings, absentminded, and there’s an awkward way in which he holds his briefcase close to his chest, almost as a means of protection. A man who’s been abused by the system, hung out to dry and left to wither is perhaps in need of protection; especially from those in the lion’s den from which he was so summarily ejected.

As with many Hollywood movies that introduce a character who has hit rock bottom, we as the audience are right to expect a redemptive conclusion, but the strength of The Verdict is its ability to keep this redemption an uncertainty as Frank intermittently unravels just when reason would suggest he should rise. 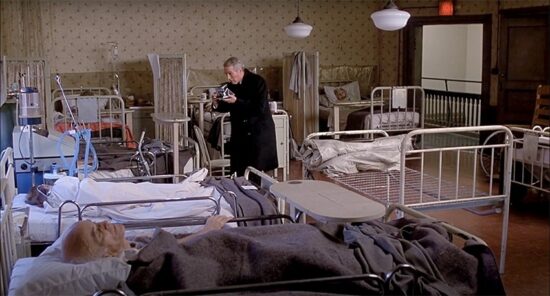 In a pivotal scene halfway through the film, Frank visits the young woman at the centre of a medical malpractice case that has been mercifully gifted to him by best friend and mentor Mickey Morrissey (Jack Warden). The woman was wrongly given an anesthetic during childbirth, after which she choked on her vomit, was deprived of oxygen and is now in a vegetative state, confined to a hospital bed in a shared ward. Frank is there to take photographs which he intends to use against the defendants in order to reach an agreed out of court settlement, and that will make him rich. He hovers over the girl’s bed clicking the shutter of his polaroid camera like a detached journalist coldly collecting evidence, laying each unprocessed photo at the end of the bed. By the third time he peers into the viewfinder, however, something has changed. A slow but sudden realisation dawns on Frank’s face as we hear the solitary sound of the breathing apparatus keeping the helpless young woman alive. What he had seen as a meal ticket up until that moment becomes a real person, with a life cut short due to no fault of her own. The full effect of this epiphany is manifested beautifully by the image of the girl’s devastating plight appearing slowly on the two polaroid prints at the foot of the bed. As if awaking from a bad dream, Frank is seeing clearly again – the photographs bringing into stark focus the purpose which booze and self-loathing have kept clouded from his vision for far too long. 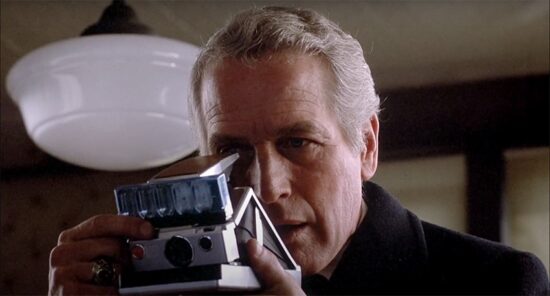 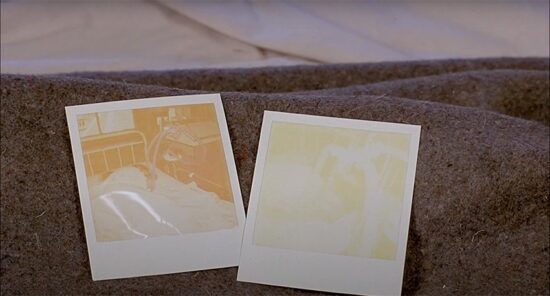 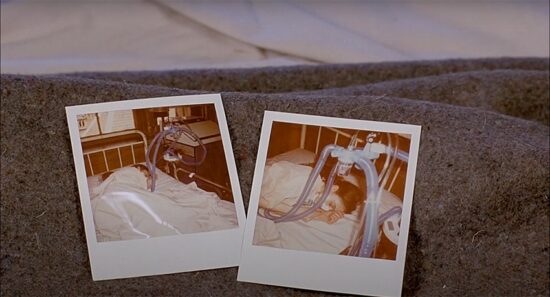 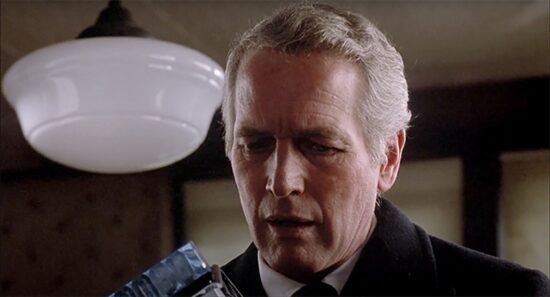 When asked to leave by one of the nurses, Frank, slumped at the foot of the bed as if struck by a knockout blow, simply responds ‘I’m her attorney’.

He is a fighter again; driven by the desire to see justice done. And in deciding to take the case to court with the odds so heavily stacked against him, the life he will now be fighting for won’t just be the young woman’s, it will be his own. 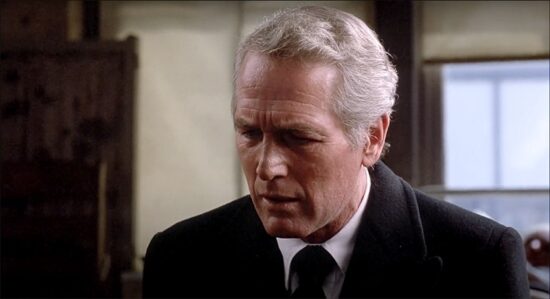