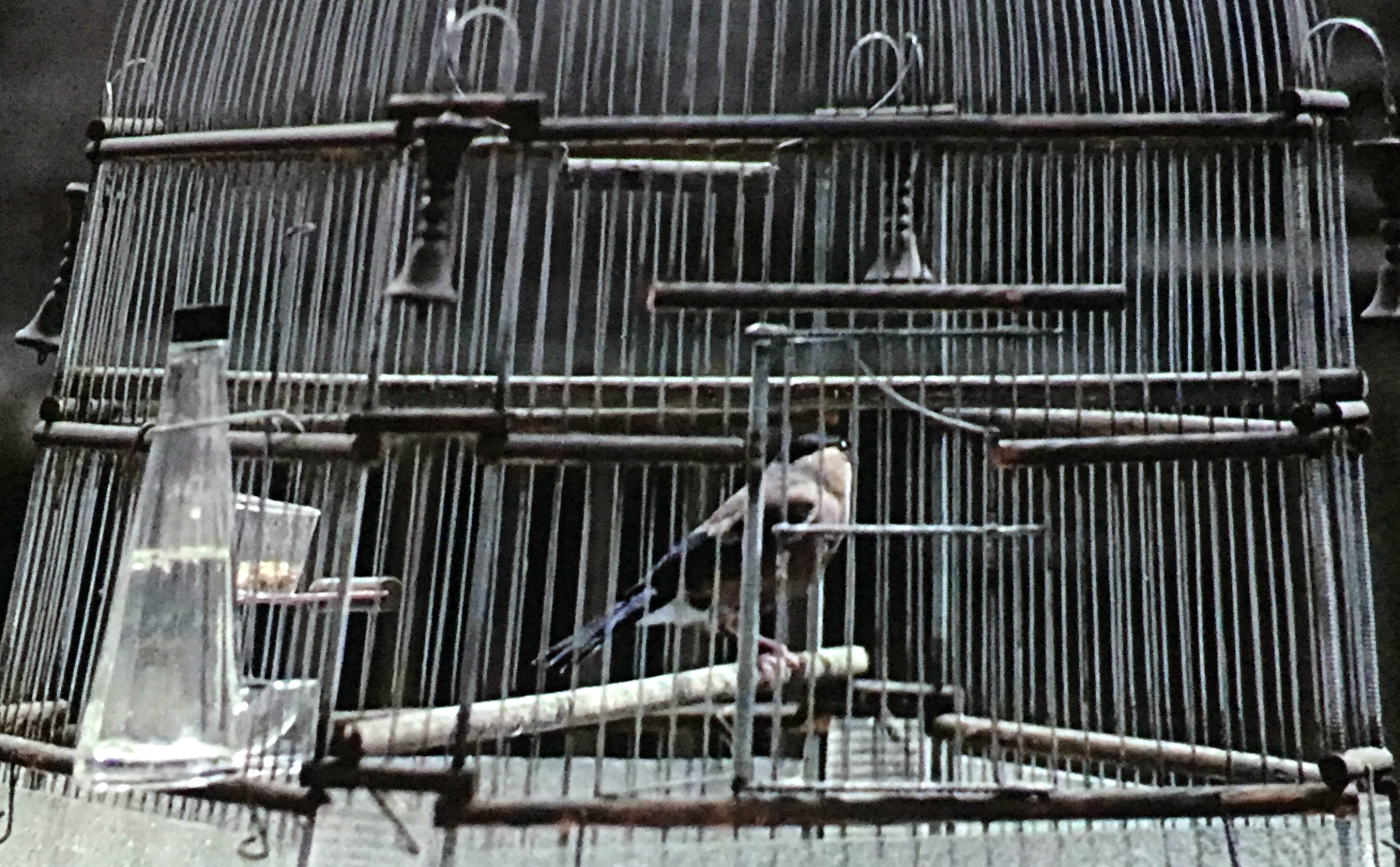 In his “Great Movies” review, Roger Ebert points out Melville’s intentional framing of Costello’s healthy supply of cigarettes and mineral water above the refrigerator. It’s the kind of joke that scampers through the film repeatedly—as Costello scampers jauntily up staircases and down rainy Parisian streets—reminding us that what we’re seeing is not the quintessence of dust, but a fantasy of power and poise perfected.

The opening of the film presents us with Costello and his bird, framed together in a single static shot. It’s a beautiful sequence that establishes immediate identification between these two “characters.” Costello’s caged bird perfectly represents his own condition as caught between a personal credo, which requires a nearly spiritual devotion to solitude, and the physical truth of the world: man cannot exist as absolute abstraction.

The palette of the film, certainly invoking a lustrous “cool,” doesn’t strip color away, but presents a Parisian cityscape that mimics Gustave Caillebotte’s masterpiece Paris Street, Rainy Day (1877). Like Caillebotte’s famous painting, the film’s metallic, subdued tone casts a net of anonymity over its grandiose subject. The neutrality and compression conveys, beautifully, the profound routine, convention, and regimentation of modern urban existence. There is no celebration of vibrant fashion, psychedelic patterns, or bright signposts of individuality—some of which we might expect in a late ’60s film. Melville’s film isn’t a feisty portrait of an era; it’s more like an x-ray photograph highlighting the impersonal mechanisms of the modern world. 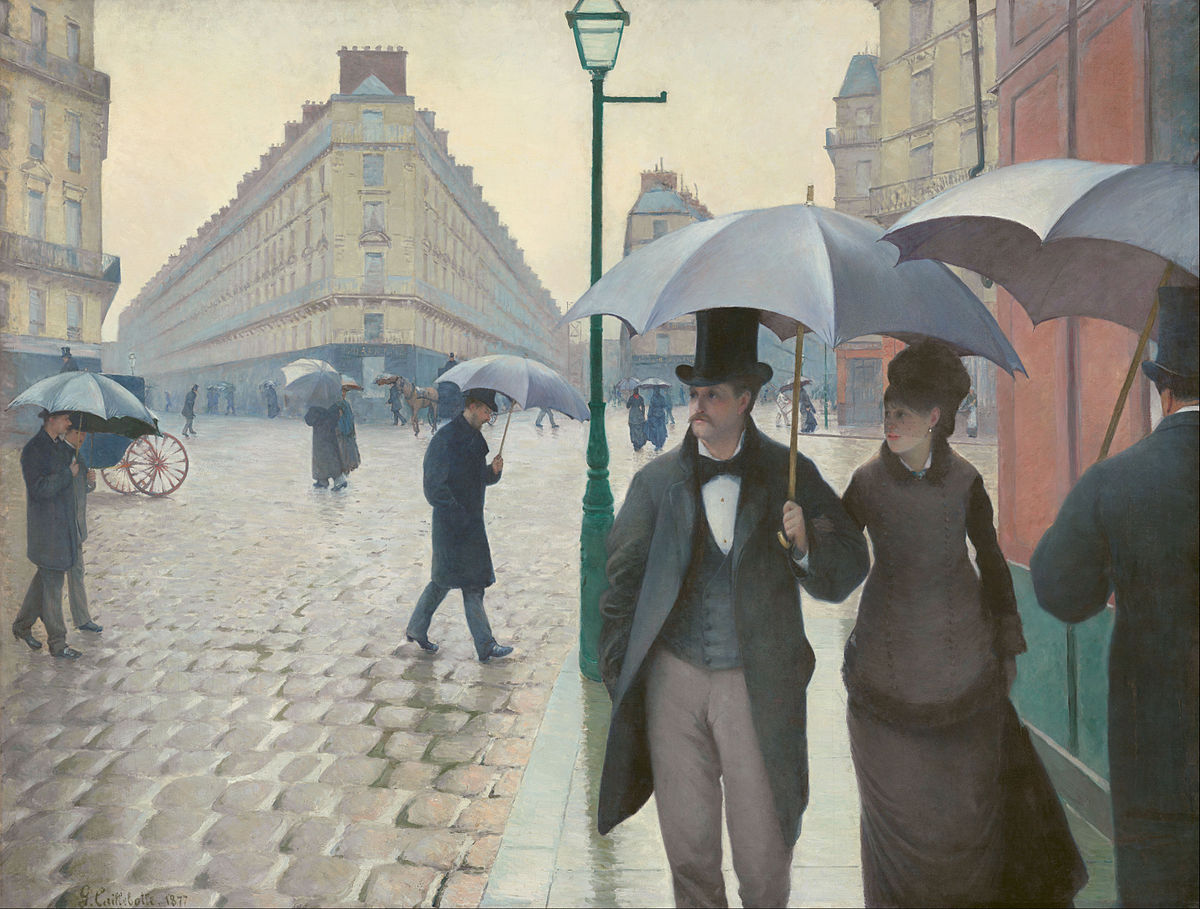 At the center of this world we find Costello, a paragon of uncompromising personal commitment. His cool autonomy is rooted in his existentialism: he actively, rather than passively, chooses his life and his death. Costello moves swiftly and with silent grace, constantly responding to things and experiences themselves, not ideas about them. He exists within, and for, the present moment alone. He kills for money. It’s a simple exchange of values that fascinates us in the way it demands total detachment from the realities and implications of violence. To manage one’s solitude with such swagger and aplomb triggers our admiration and envy. To turn one’s back to the crowd (or stuff one’s hands away into one’s pockets, as Costello does as a mode of rejection to his surround) comes across in Melville’s film as a heroic response to the collapse of traditional notions of self and character associated with our modern condition.

More than merely a wonderfully effective visual metaphor, Costello’s bird functions almost like a loyal accomplice. In two different scenes, Costello correctly interprets his bird’s frantic behavior as a deliberate warning signal, which ultimately saves his life. And when Costello heads out to fulfill what will be his final contract, he gives the bird a knowing glance. Not exactly tearful, but we’re meant to read that exchange as a despondent farewell. Not because Costello is an animal lover—although he certainly cares for his bird, making sure to feed him even when suffering from his own serious injuries—but because although their fate may be shared, it’s still lonely. 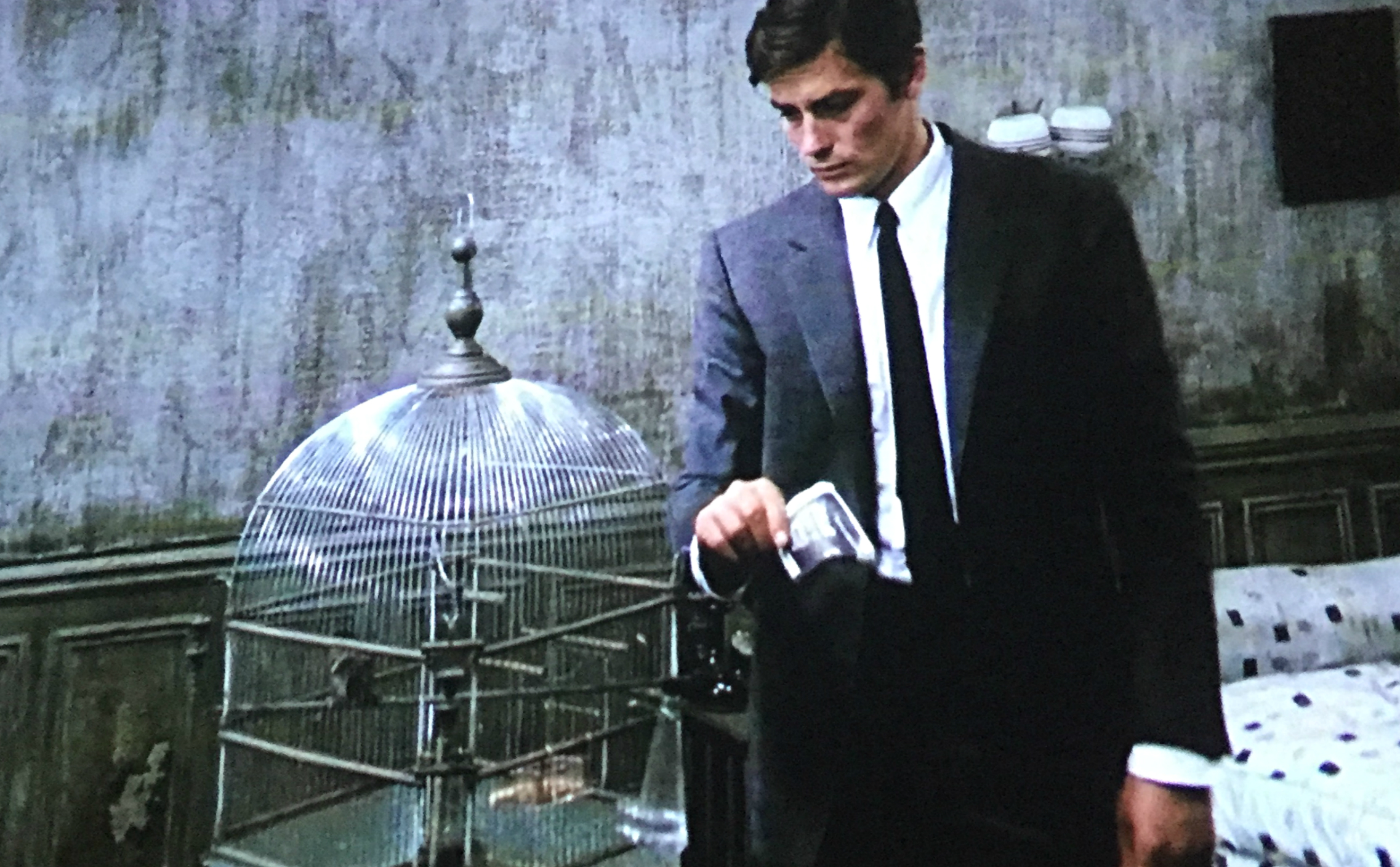 Jeremey is a NYC-based freelance writer and lifelong art and cinema lover. He holds a PhD in literature from the University of South Carolina and has published in various academic journals including The Edgar Allan Poe Review, The Cormac McCarthy Journal, The Southern Literary Journal, Mississippi Quarterly, Critique: Studies in Contemporary Fiction, and Bright Lights Film Journal. You can read more of his writing on his blog: purists will object, and find him on Instagram: @purists_will_object

One reply on “Screengem: The Caged Bird in Le Samouraï (Jean-Pierre Melville, 1967)”