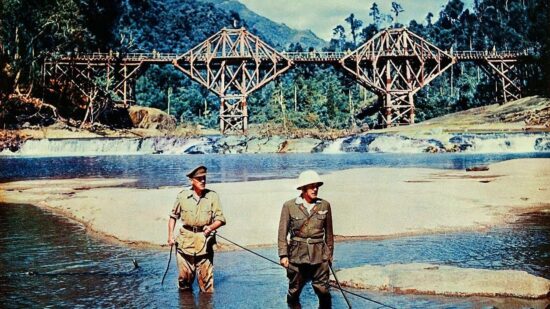 Spare a thought for Colonel Nicholson (Alec Guinness) in David Lean’s World War II drama, at the mercy of his Japanese captors in a deep jungle POW camp, tortured, baked in the sun in a tiny corrugated “oven” after procedural and ethical clashes in the lead-up to the construction of the titular monument – an imposing piece of craftsmanship, looming resolutely through time despite what many survey as morally muddy foundations.

The Bridge on the River Kwai (1957) is a multi-Oscar winner, from one of cinema’s most celebrated directors, boasting some of the biggest stars of the day, a most whistle-able theme and a compelling, exciting and, yet, controversial ending. Not the very end – with camp doctor Clipton (James Donald) muttering: “Madness … madness!” and the subsequent bird’s eye view, suggesting some higher power observing events below – but the bloody, destructive action climax that induces Clipton’s despair (his “madness” echoes through movie history along with Kurtz’s “the horror … the horror” in Apocalypse Now). 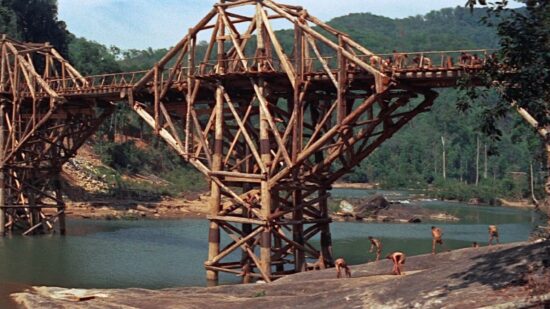 Much of the controversy centres around Nicholson’s alleged “collaboration” with the enemy – to properly site, plan and construct the railway bridge, and to insist his men build it to the best of their abilities. Could he have been so misguided for so long? And does he ever come completely to his senses? Kwai was a project already passed on by others, with legendary producer Alexander Korda considering Nicholson “either a lunatic or a traitor”, and the idea of British POWs helping their enemy “thoroughly anti-British”.

The action finale puts the Colonel under fire as an Allied commando unit attempts to destroy the bridge. Nicholson, swaying and swooning, asks: “What have I done?”, as weak as when he was pulled from the oven – almost lifeless, a scarecrow, a hollow man. Even those who would see Kwai’s climax as somehow unsatisfying, or even bungled, must surely accept we are in the realm of allegory, with the madness, the horror of war reflected in microcosm and macrocosm.

As recounted in Kevin Brownlow’s biography of Lean (Great Expectations, Lawrence of Arabia), the director looked to strip out what he considered the satirical excesses of French author Pierre Boulle’s source novel (Boulle was also the author of La Planete Des Singes, which became 1968’s Planet Of The Apes). Brownlow declares that Nicholson “regards any plan of escape as an act of disobedience from the moment the Commander-in-Chief had signed the (Singapore) surrender. He is therefore perfectly willing to help the Japanese”. 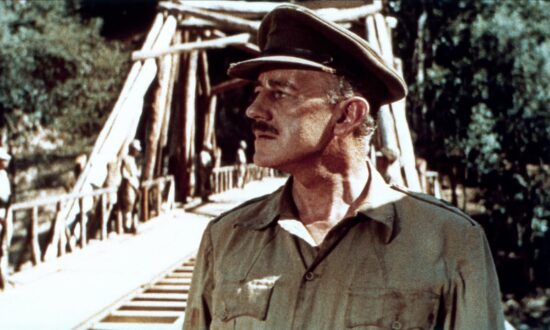 Lean recognised that “we (the British) make almost a fetish of doing a job well”, just as he knew the folly of the bridge could be a “miniature of the greater folly which is war itself”. He saw in the novel an almost “Shakespearean drama” with the stage set “for a tremendous clash of wills … and a mighty climax in which some of the leading characters are bound to die”. Boulle’s inspiration, as well as his ability to view Britishness from a distance, along with Lean’s artistic instincts, enthusiasm and absolute determination…these are some of the vital, integral pillars of this bridge.

With the satirical context of the novel toned down, Nicholson’s actions are thrown, strikingly but unflatteringly, into narrative relief. One particular exchange between Clipton and Nicholson is almost too much for the structure to bear. The doctor asks: “Are you convinced that building this bridge is a good idea?” and is then lectured by the Colonel, who concludes Clipton still has “a lot to learn about the army”. It’s all a bit “on the nose”, although proposing that no one would pointedly ask the obvious question may also have fatally damaged the edifice.

At this remove, it may be reassuring and rewarding to ponder the difference between movies that grant their audience some intelligence, and those that perhaps do not – a distinction between “literary” and “action” stories, or between “arthouse” and “popular”. The very greatest movies can bridge that gap. 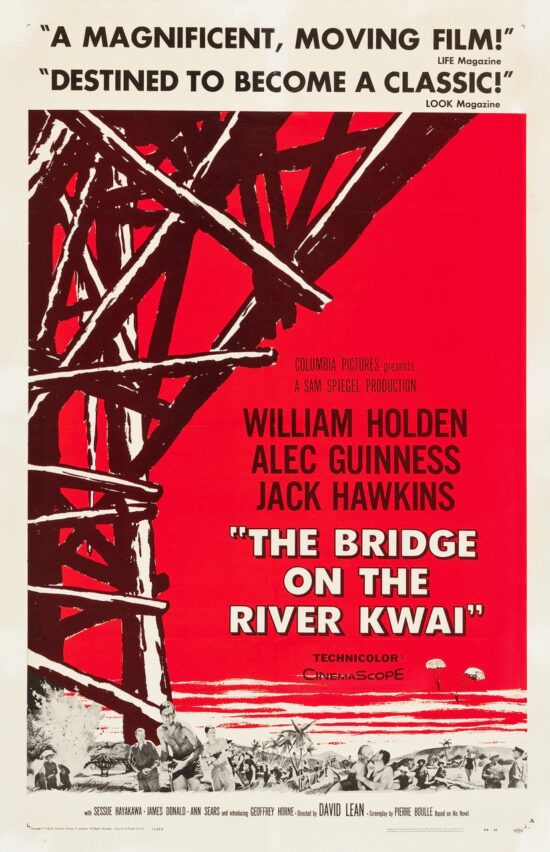