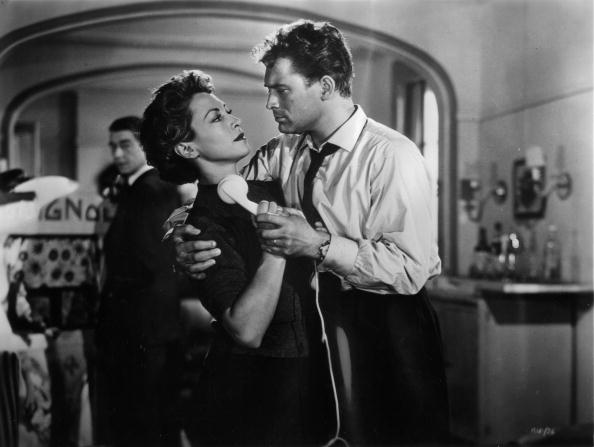 Though not a silent film, Jules Dassin’s Rififi is most famous for the absence of audio, strikingly creating a relationship with sound and then removing it.

Following a group of robbers attempting a daring diamond heist in the middle of Paris, this crime film delivers on generic expectation from the outset. After a piece of opening music both classically bombastic and thrilling in scope, the first scene is awash with dialogue, ambient and diegetic sound; we see a group of men smoking and gambling, shot in delicious fragments. Things move traditionally from here in terms of sound, but one object recurs throughout, becoming central to the delivery of a variety of moments and ideas: the telephone.

A telephone sets things in motion at the start of the film by bringing the team together. It’s used as a decoy in the planning of the heist. Following the heist, the suspicious cops use one, as does one of the team to relay information that the haul has been sold. Two characters meet their demise while on the phone. One of the main character’s wives is desperate to use one to call the police to get her son back. Her husband, Jo, tells her to wait for it to ring. The story becomes defined by the sounds of telephones ringing and being dialed. The audience starts to expect this device and also to become wary, hesitant of it. Even, maybe especially, when it isn’t ringing.

This image of the phone not fulfilling its purpose, its sonic context removed, is unsettling. As the music and normal sounds stop and the robbers slip their quiet shoes on to start the near twenty-minute sequence that forms the spine of the film, one of the first images that catches their torchlight is that of a telephone. The camera lingers for a moment.

Following that image, the jewellery store heist– the film’s central narrative event – is an elementally cinematic visual feast. There’s no music. The characters don’t speak. What sound there is is minimal and occasional, giving the impression of an abstract John Cage composition. It’s all about editing, montage and composition. The removal of sound from the cinematic experience after we’ve become accustomed to it immerses us in the moment and forces us to look. We, like those committing the act, do not want to shift, or breathe, for fear of exposure.