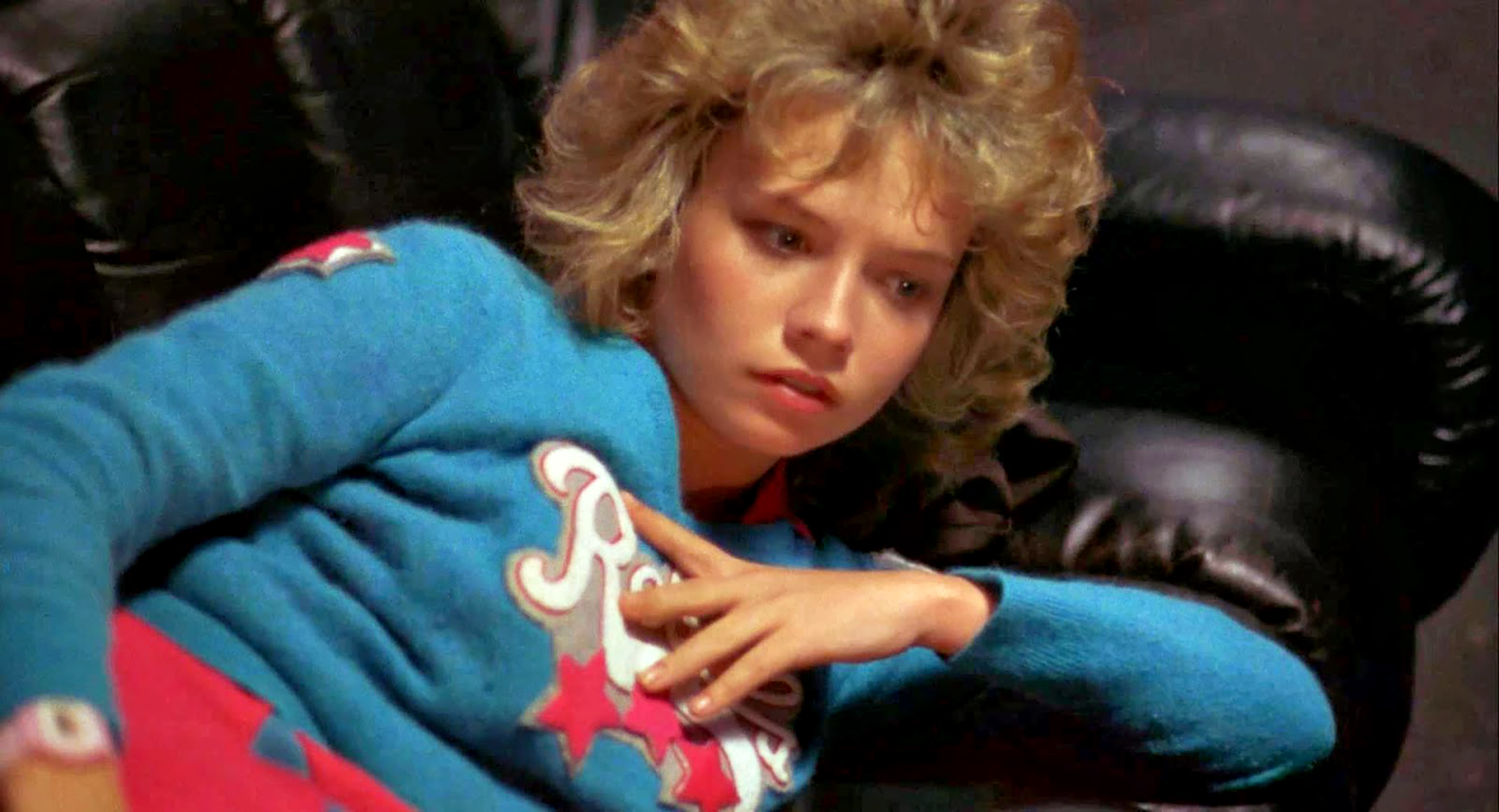 This post apocalyptic slice of ‘80s camp about a comet that wipes out life on Earth save for a few lone survivors was released at a time when it seemed fashionable to locate films in decaying Los Angeles landscapes. Although it was a time of shopping malls, MTV and the city’s second Olympic games, Los Angeles’s sheen was tarnished by escalating street violence, a glut of crack cocaine and the rising tide of homelessness. The fear of nuclear disaster continued to cast a dark shadow over even the most optimistic Reagan-era promises of growth and prosperity, and from this fear emerged films like The Terminator, The Road Warrior and Escape from New York; all grim portrayals of a world that had gone to hell in a handbasket, lacking a funny bone or any glimmer of irony. 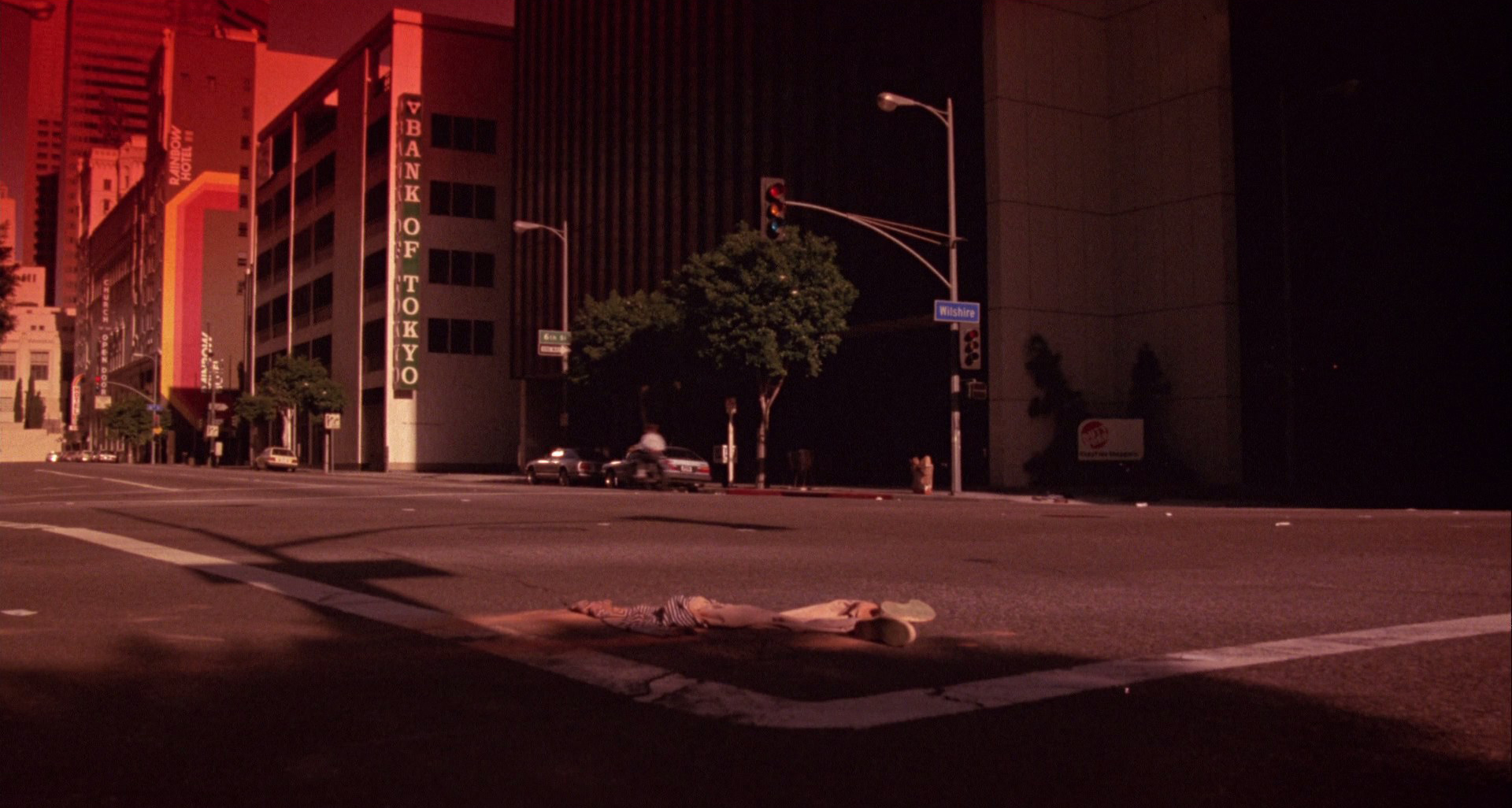 While Night of the Comet is a film that very self-consciously opted for a lighter tone, it nevertheless creates an ominous post-apocalyptic vibe. Not since 1971’s Omega Man had downtown Los Angeles looked so starkly bereft of life, its streets silently supporting the weight of structures but no people. Lone traffic lights change in futile rhythm while the gentle southern California breeze sweeps away the last of humanity’s memory, reduced to red dust following the titular comet’s passing.

With tongue firmly in its cheek and seemingly a parody of schlocky sci-fi horror comedies of the 1950s, 60s and 70s, Comet punches above its weight with smartly scripted dialogue, gorgeous cinematography (by Arthur Albert) and a cast including veteran sci-fi/indie/horror actress Mary Woronov (Death Race 2000 and Eating Raoul) as one of the film’s sinister scientists. 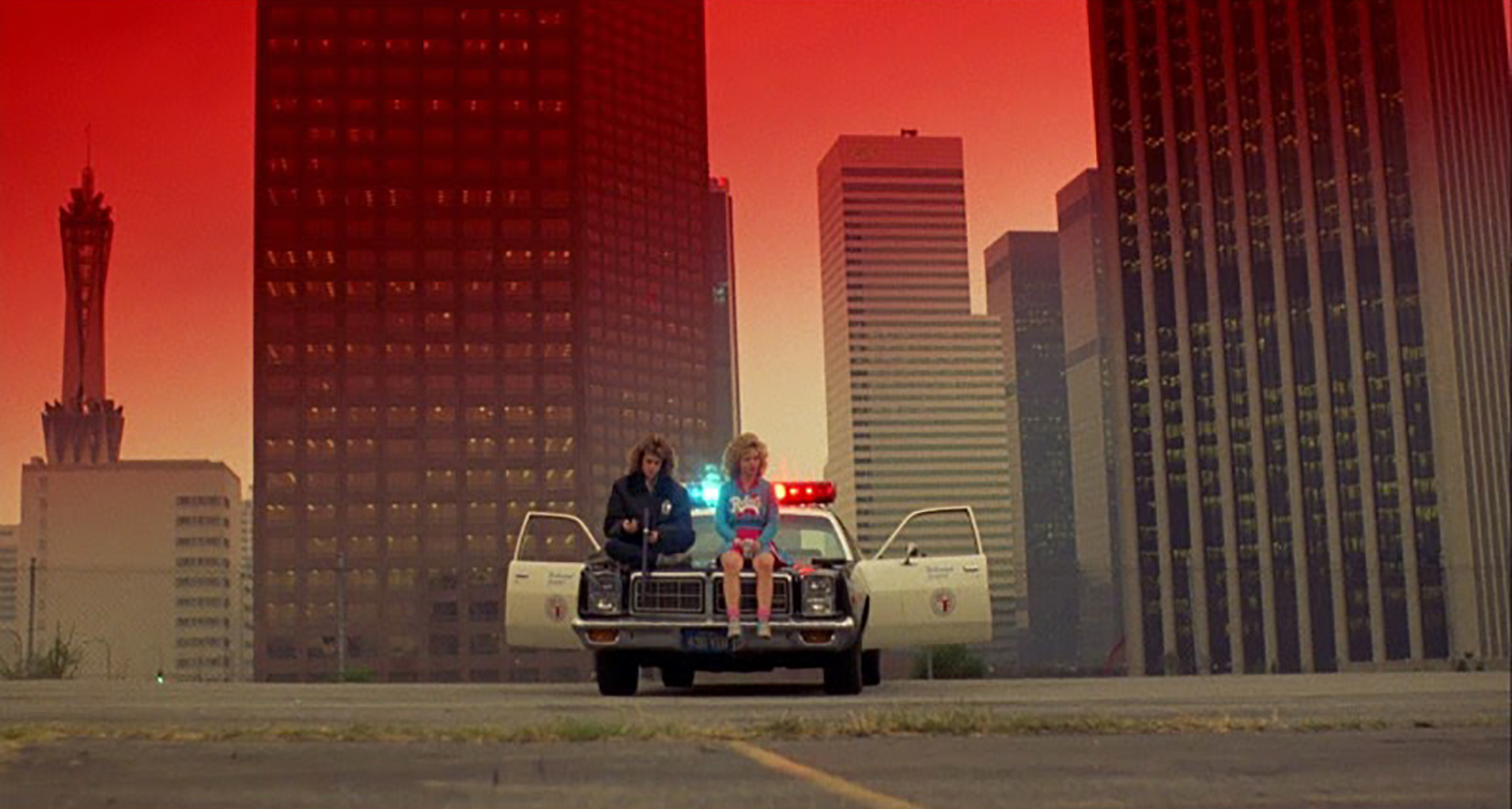 Comet has as its leads a pair of feisty sisters that sidestep the lazy stereotypes and well-trodden tropes from a slew of prior B-movies, where teenage girls were ineffectual sidekick props for the lead at best and disposable eye candy at worst. Reggie is the rebellious teen, a street-smart character in the Ellen Ripley and Sarah Conner mold (only with bigger hair and a curfew). Samantha is a cheerleader and a gutsy tomboy – all hip-swagger and gum-chewing sass, packing an (albeit jam-prone) Mac-10 machine gun and whip-smart banter. Some of her first lines of dialogue are to bitchy stepmother Doris, who is cheating on the girls’ absent father with the next door neighbour: “You were born with an asshole, Doris, you don’t need Chuck.”

Comet also transcends its B-movie roots by skewering the well-worn clichés of cheerleaders as vacuous ‘it’ girls – the sexualised pom-pom shaker as a vapid object of desire. Emblazoned with the word ‘Rebels’ on the front, the coral-and-aquamarine uniform Samantha wears for much of the film is a statement of intent, especially when the girls are forced to go on the defensive. Earlier in the film, the outfit lends itself well to representing Sam as a normal teenager – a valley girl with vulnerabilities and aspirations for popular girl status – but it’s her transformation from cowering victim to gun-toting zombie killer that sees Sam embody the uniform’s emblematic call-to-arms. 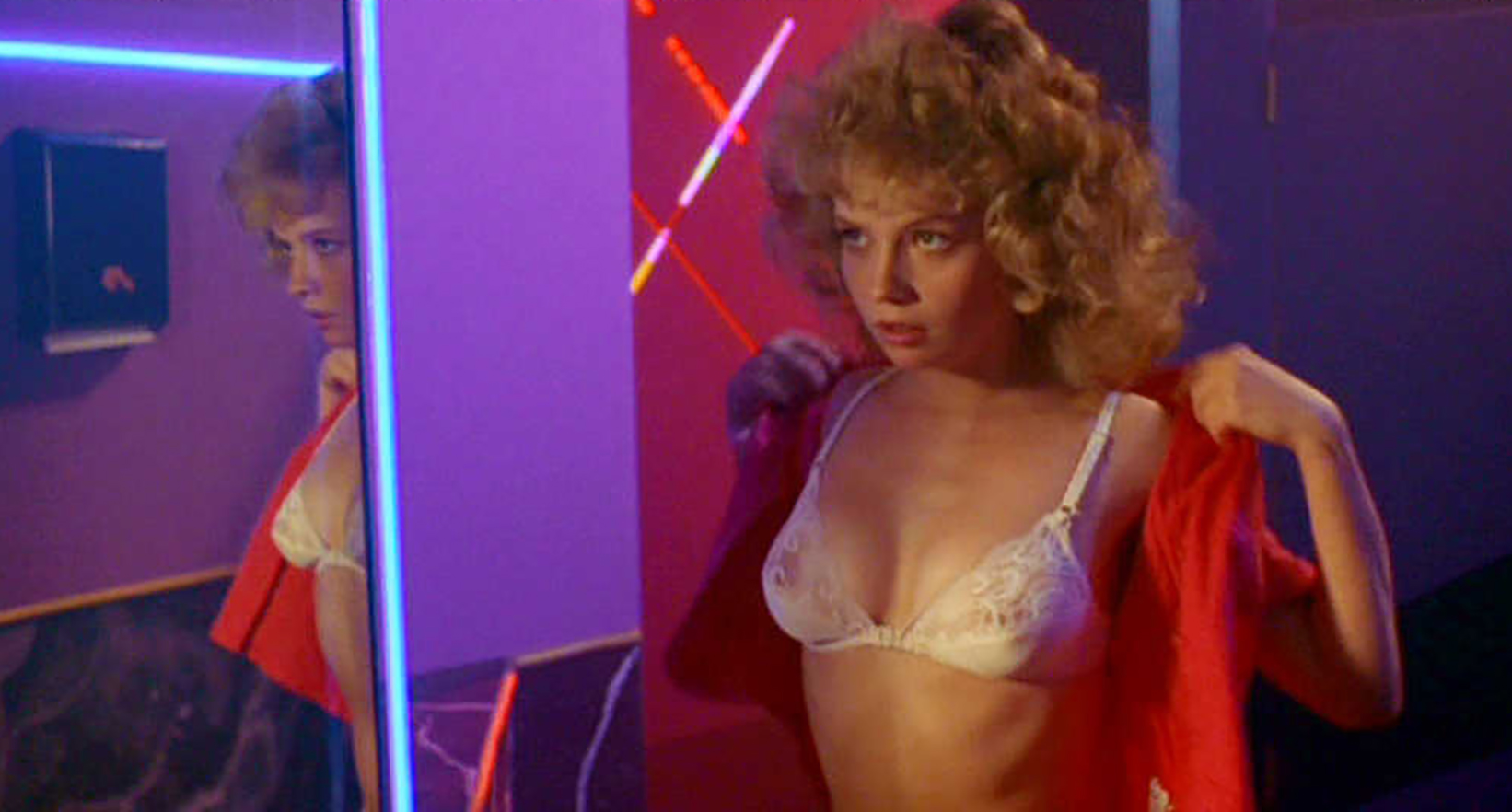 While a nightmare sequence sees Samantha strip off in the bathroom before being attacked by a zombie cop – a scene seemingly lifted out of a Friday the 13th film – much of Samantha’s character is defined by her growing sense of confidence and resilience.

It figures to have the daughters of a marine know how to handle firearms, but it still comes as a gleeful surprise to see Samantha pepper a parked car full of lead while dressed in a uniform more suited to cartwheels than carnage. Rebel indeed! 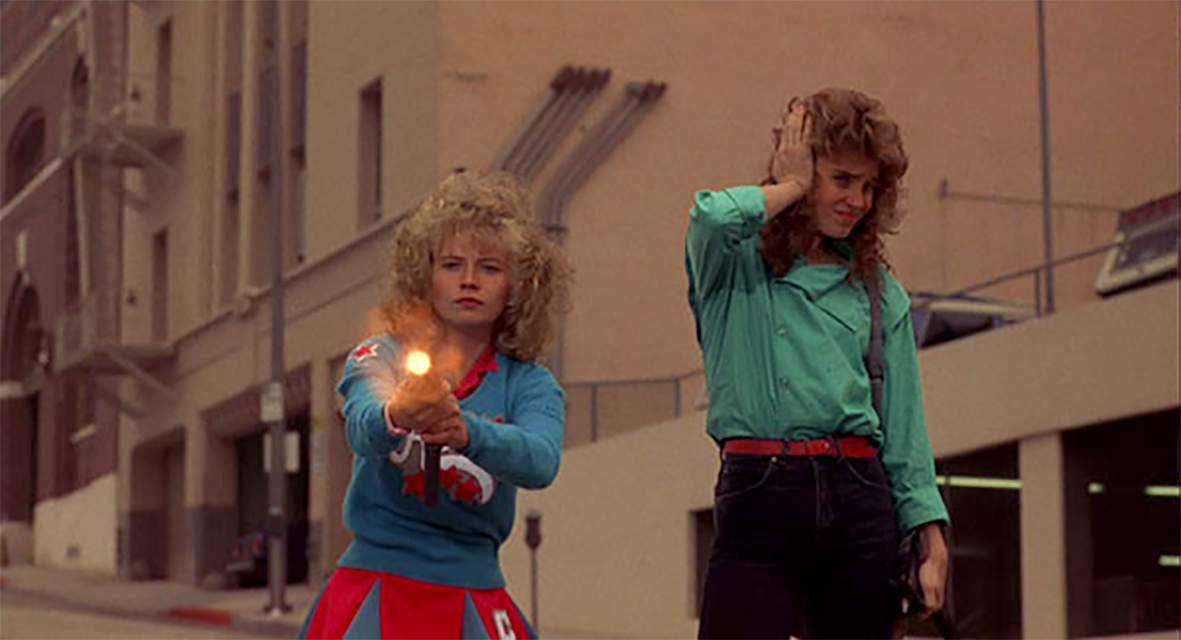 Although little seen on its initial release, Comet has since become a cult phenomenon with an avid following of devoted fans, many of whom choose Sam’s outfit for cosplay conventions and midnight screenings. And while the cheerleader as a character may have waned in popularity of late, the Rebels costume has endured as a symbol of blonde ambition – reminding us all to face the oncoming apocalypse with a ra-ra smile as well as a fistful of ammunition.