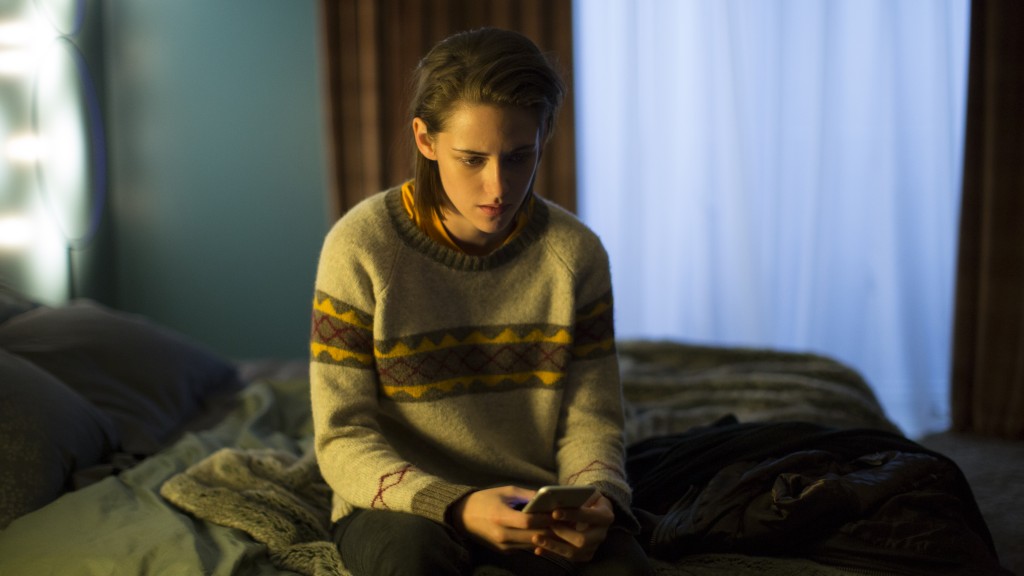 Nothing can distract from the audience’s cinema experience more than a mobile phone. But in his exquisitely enigmatic, always intelligent and creepy-as-hell Personal Shopper, Olivier Assayas uses this most modern of blank tablets, this smallest of small screens, to ramp up the tension within the big screen – bit by bit, message by message.

Kristen Stewart, who co-starred with Juliette Binoche and Chloë Grace Moretz in the same celebrated director’s standout Clouds Of Sils Maria (2014), plays the titular purchaser, Maureen Cartwright, who travels around Paris buying clothes for a famous supermodel. Cartwright, whose twin brother Lewis has recently and suddenly died, also claims to be a spiritual medium.

The remarkably grounded Cartwright is waiting for Lewis to send her a sign from the afterlife, as per a pact they made before his death, that whoever died first would contact the other.

Stewart is an almost constant presence in Personal Shopper, in almost every shot, isolated and vulnerable in many of them. She is a resolutely modern performer but classically expert – always watchable, real, honest, emotionally subtle.

Nudity seems to fit her like a glove, when it is required – whether it be in the scenes where Maureen tries on the forbidden fruit of her employer’s haute couture outfits or when she is being examined by her doctor, an ultrasound image illustrating the progress of the congenital heart condition she shared with her brother. Maureen is acutely aware of her fragile mortality – is it this ticking timebomb that has sent her so firmly on the path to spiritualism?

And then she gets a mysterious message on her cell phone…

One character had informed Maureen that spirits in the past have never been shy to use ‘modern’ ways of communicating – Morse code is cited as an example – and the question Personal Shopper now so coolly and cleverly asks is: could these phone messages be from the other side?

As the mystery deepens, one special sequence ups the ante. The texts, which until now have been relatively intermittent, suddenly come in a rush when Maureen switches on her dormant phone and a string of missed messages is reeled off – what had been a suspenseful drip, drip, dripping, becomes a mounting flood of fear.

It’s a sequence that seems to echo the work of Hitchcock, the master of suspense himself, who would surely have had fun with these ubiquitous but oh-so-fallible devices – imagine in Psycho, Marion’s cell vibrating, while she can’t hear it because she’s in the shower!