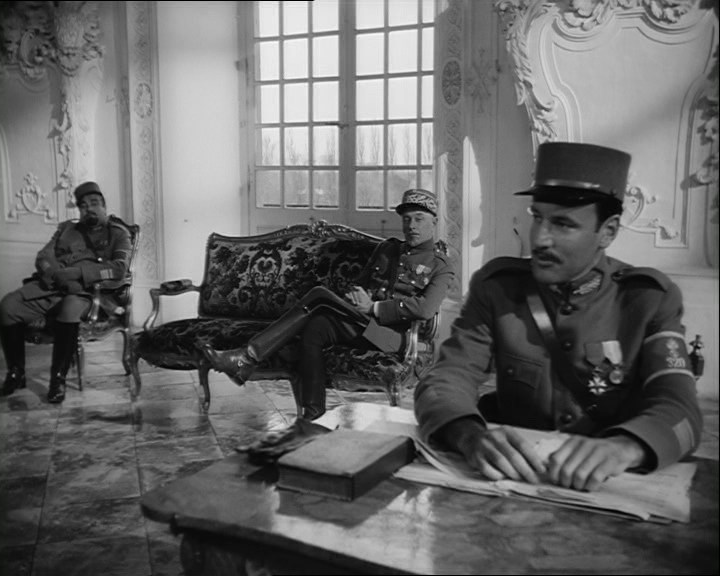 The most oft-discussed visual aspect of Stanley Kubrick’s morally exasperating anti-war polemic Paths Of Glory is the stunning camerawork that accompanies the early sequences in the beleaguered French army trenches. However, one of the most memorable and infuriating moments surrounds the deployment of a piece of furniture.

Following the inevitable failure of the suicide mission that Colonel Dax’s (Kirk Douglas) men are sent on, three of the soldiers are court martialled for cowardice. General Mireau (George Macready), the man who ordered the desperately tragic mission, observes the ‘trial’ from a portentous vantage point, perched alone on a plush two-seater sofa.

The same man who in the opening scene declares that “the life of one of those soldiers means more to me than all the stars and decorations and honours in France” now sits observing the sentencing of three men he feels have betrayed him (and cost him a glamorous promotion). While the three clearly working class soldiers sit on plain wooden chairs to face their accusers, and their defendant Dax sits behind a desk looking like a clerk, Mireau sits decadently at the side of everyone and everything. 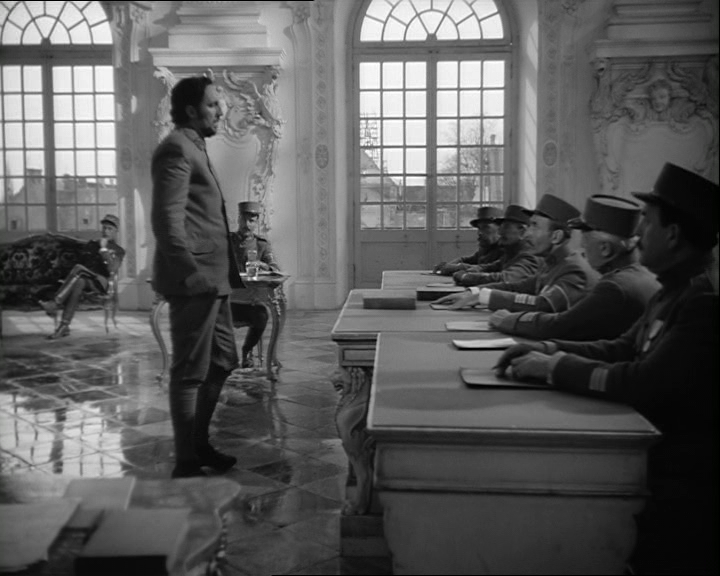 The sofa is a beautifully bleak representation of the adage that war is the upper classes sending the working classes to inevitable death at their behest, for their cause. Kubrick ensures that Mireau on his throne, tellingly half empty, is glimpsed throughout. He says nothing until the final stages of proceedings, when he challenges Dax’s closing statement. He is afforded a privileged view. While other observers sit on single chairs facing the court, Mireau’s vantage point is unobscured and no one surrounds him.

There’s something chilling in the opulence of the sofa. It is simultaneously out of place and perfectly suited. It’s arrogant and smug and ensures that the outcome of the ‘trial’ is clear from the opening frames of the scene. The sofa represents the power of the officers and the futility of the men on the frontline, sent over the top at the whim and insistence of the elite. 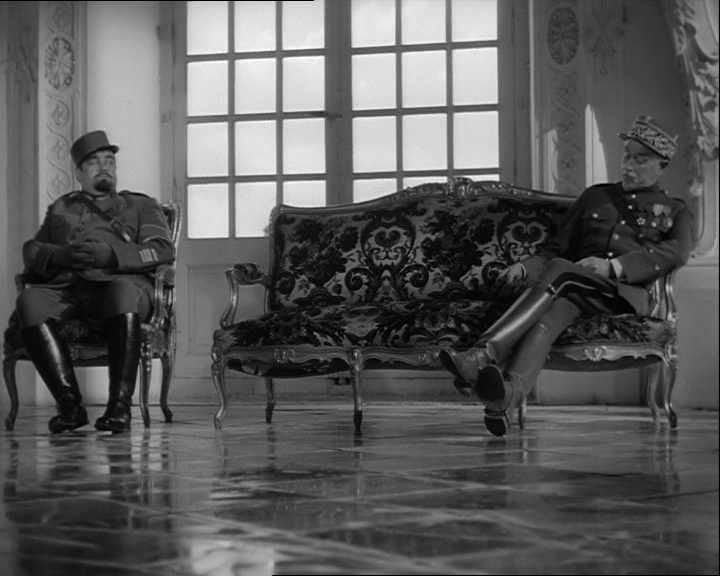