This article contains spoilers – read at your own risk! 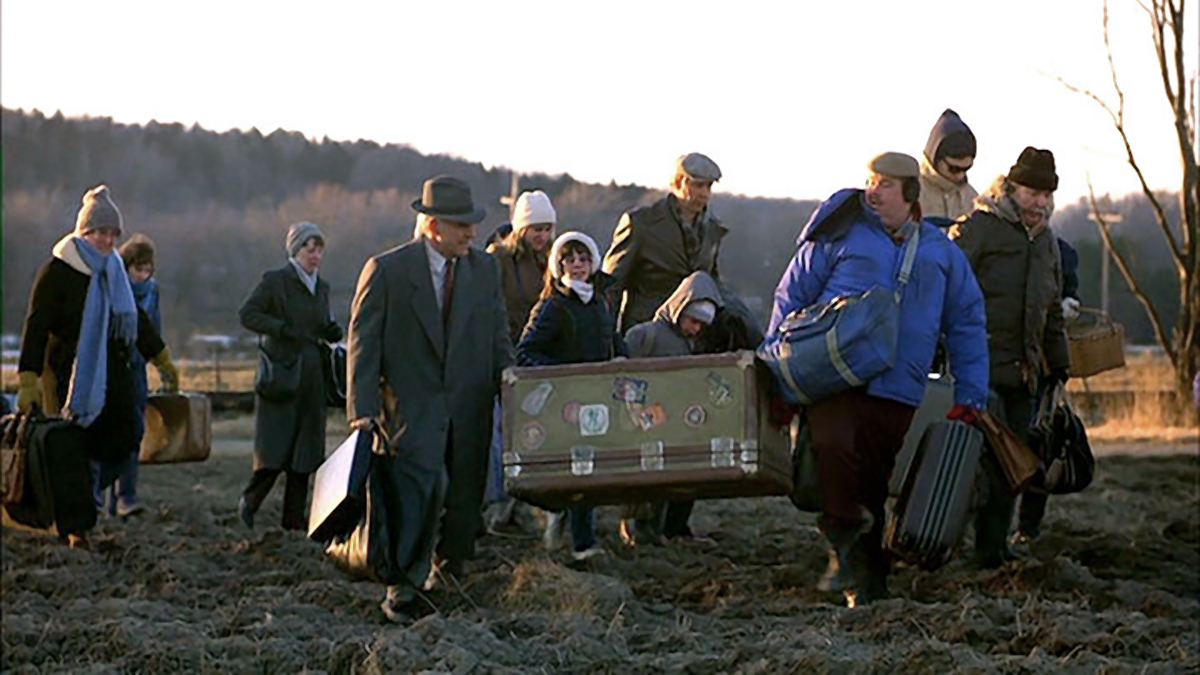 “What did I do to wind up with this guy?” sighs a bemused Neal Page midway through John Hughes’ Thanksgiving-set comedy Planes, Trains & Automobiles.

Anyone of the belief that things in life are sent to try us will conclude that Neal’s uptight advertising executive’s encounter with hapless shower curtain ring salesman Del Griffith has a distinct karmic purpose, as the pair are forced to find alternative methods of transport home when their flight from New York to Chicago is first delayed and then grounded in Kansas due to crummy weather.

While Neal’s character is all sleek efficiency, with his elegant designer watch and slim briefcase, overweight slob Del is suitably accompanied by a bulky and awkward travel trunk, the contents of which are hinted at but never fully revealed. We know it contains at least a hypoallergenic pillow and framed photograph of his wife Marie – but the effort needed to lug it off a stalled train at one point in the pair’s errant adventure suggests there’s far more inside.

It will be the trunk that acts as catalyst for this odd couple’s subsequent road trip from hell – literally throwing the two of them together when, at the start of the film, Neal trips over the cumbersome luggage while trying to hail a cab on the busy streets of Manhattan. From this moment on, both Neal and Del’s lives will be inextricably linked through a series of mishaps on their long journey home for the holidays.

Holding the bulk of Del’s worldly possessions – and aptly symbolising a salesman’s life spent on the road – the travel trunk will feature numerous times throughout the film, and will become both a shared burden and embodiment of kindness between the two (this is after all a Thanksgiving movie). 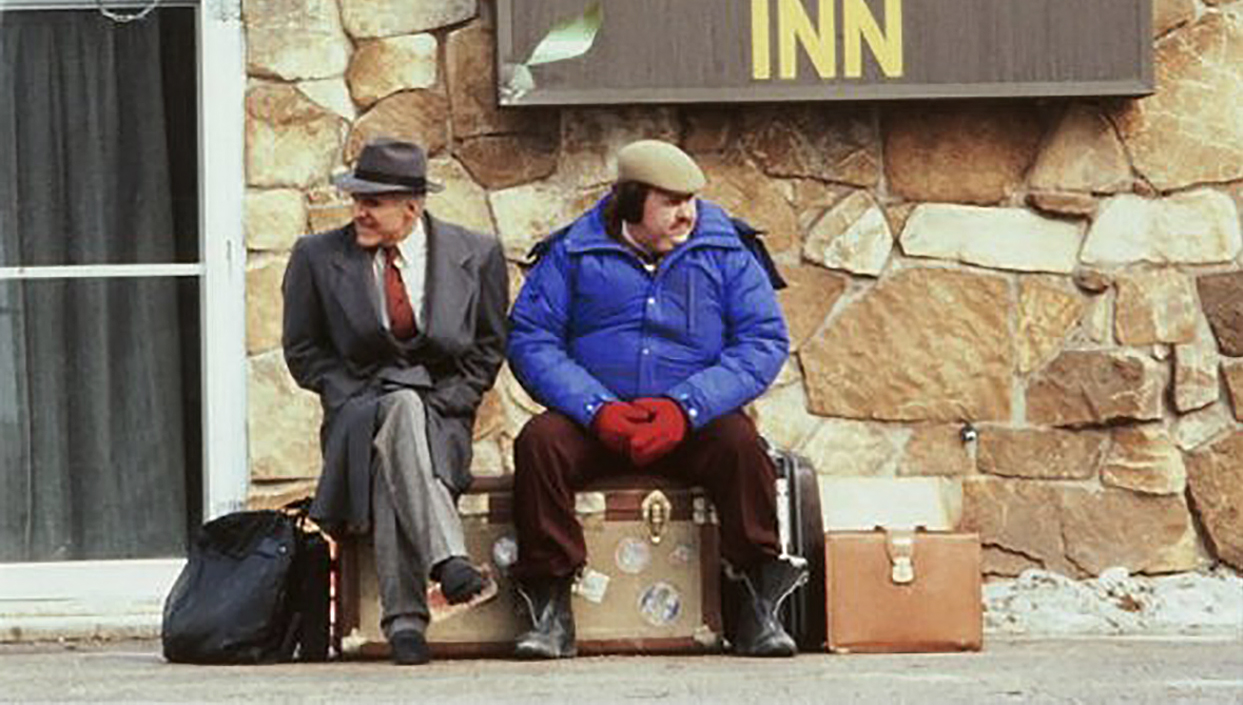 In a film full of objects used for comic effect – from the cheap Casio watch Del attempts to use as payment for a motel room and the rental car that eventually goes up in flames to Neal’s Diner’s Club card that ‘mysteriously finds its way’ into Del’s wallet – the unwieldy travel trunk is more integral to the story than any, acting in a (literal) supporting role to the endlessly sparring duo. As the pair flounder from one catastrophe to another, often ending up stranded and idly pondering their next move, the trunk becomes their makeshift bench – a welcome curbside respite for their road-weary backsides.

Nearing the end of the film, when it’s revealed that Del is both homeless and a widower, Neal offers up his own home and family as solace to a man who has taught him the value of tolerance, humility and charity. It’s a genuine act of kind-heartedness that leads to, in the penultimate scene, the pair striding cheerfully down the road towards Neal’s house, travel trunk held between them at the end of a long journey – and the start of a lasting friendship. 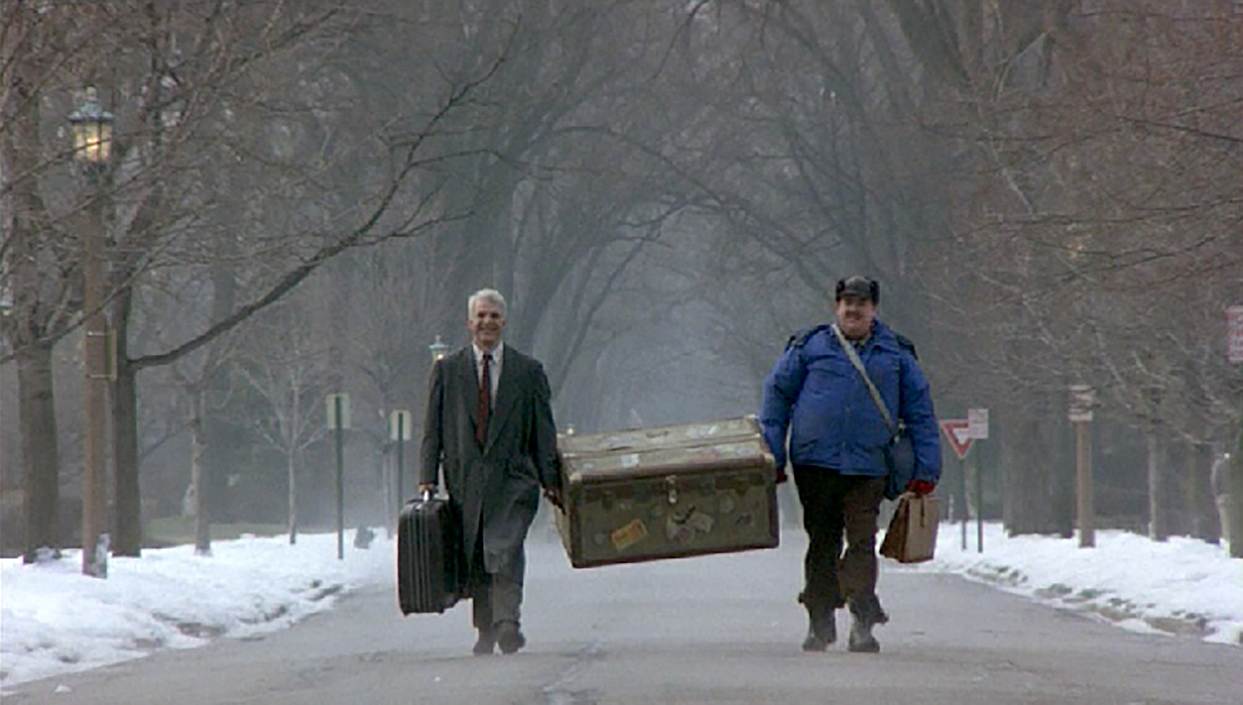