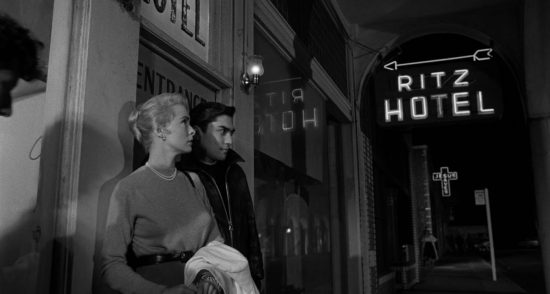 Orson Welles was never one to adhere to audience expectations, and when a contract deal forced him to adapt the pulpy novel Badge of Evil, the result was a delirious, baroque noir which had very little to do with the source material, but was all the better for it. To watch this study of racial friction today, at a time when America is Making Itself Great Again, is an unsettling reminder of humanity’s capacity for evil.

It was originally to be titled Borderline before Welles settled on Touch of Evil. But the initial name is apt: the novel’s location is changed to Los Robles, a town on the border between United States and Mexico – but resembling neither. As shown in a long, unbroken crane shot, it’s a town where goats and food cart pushers share the same roads as automobiles; where crumbling, Venetian buildings with colonnades are smeared with posters and neon signs for strip clubs; and the sound of the raucous sax on a car’s radio blends in with the conga beats wafting from cantina doorways. The border is porous at best, and this weakening of borders – between justice and corruption, stability and hysteria, good and evil – is the source of the film’s tension. 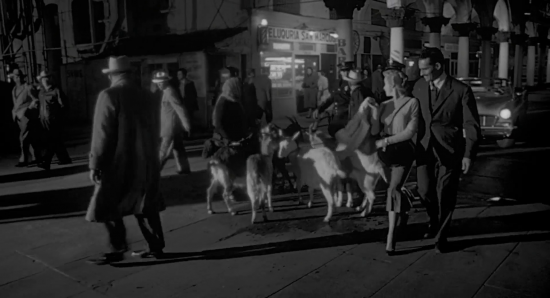 Welles subverts expectations by creating a story with three protagonists: the American police captain Hank Quinlan, the  Mexican narcotics officer Miguel Vargas (Charlton Heston) and his American wife Susan (Janet Leigh) – and himself as Quinlan, a virulent racist who embodies everything the real-life Welles abhors. Quinlan ‘solves’ a murder case by planting evidence on a Mexican man, but a suspicious Vargas conducts his own investigation instead of honeymooning with Susan.

Quinlan lurches unsteadily into each scene as far as his whale-like obesity and tottering limp allows, as if his bitterness is physically degrading his body. He justifies the framing of his suspects by claiming he can intuit their guilt; any other approach is for “starry eyed idealists”. To see Quinlan stalking the streets amid a flurry of newspapers swirling around him in the breeze is like seeing a Western sheriff surveying the wilderness. Although he is unethical, we might consider Los Robles incurable. Most of the buildings are dilapidated or used for criminal activity, suggesting the two nations’ cultures are not just muddied, but falling into ruin. 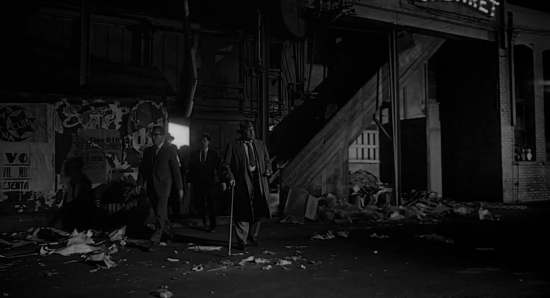 The newlyweds are separated and undergo their own hellish journeys in two different locales, and the frequent cross-cutting further obfuscates which country we’re in. Susan is the most fascinating as Welles hints she is prejudiced like Quinlan, albeit unconsciously. When a gang invades her motel room, it resembles a right-wing nightmare: tight, expressionistic close-ups of delinquents, all racially mixed and doped-up, led by a butch motorcyclist (Mercedes McCambridge). Such clichés would be alarming, but the scene is coloured by her feverish emotions, which reveal Susan’s anxieties about not just race, but the blurring of gender borders as well. 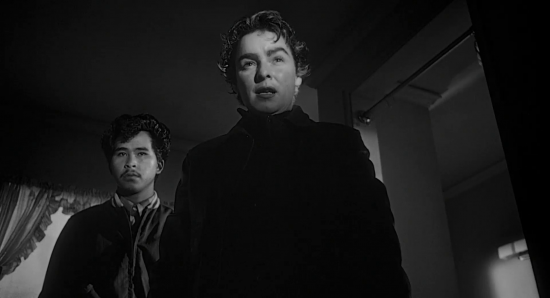 Although Heston in brownface is problematic, the rewriting of the hero’s ethnicity from American to Mexican is done to challenge racial stereotypes. Heston’s chiseled physicality and baritone voice make him resemble a model of rectitude: “Border towns always bring out the worst in a country,” he says, but he’s almost too ‘pure’ to be affected by Los Robles. To have Vargas ensure justice is ultimately a glimmer of optimism. By the end, following a few punch-ups and a long descent through the dirtied waters of an oily canal, a battered Vargas remains uncontaminated by the touch of evil – but only just. 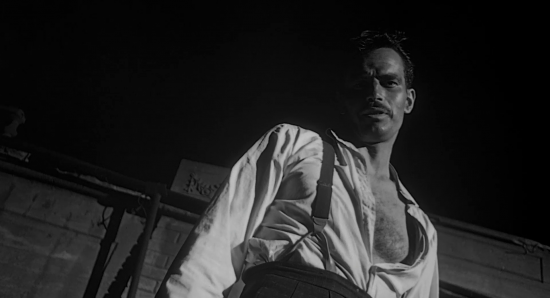