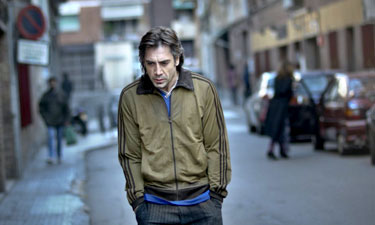 Since it’s inception in 2003 Cine City has become a popular annual addition to both the Brighton and Hove and film festival calenders. With a diverse and eye catching programme Cine City always offers something for everyone; from casual cinema goers, artists and music lovers to hardened cineastes.

The King’s Speech (2010) starring Colin Firth and directed by Tom Hooper (The Damned United, 2009) and The IT Crowd’s Richard Ayoade’s directorial debut Submarine (2010) book-end the festival which contains many leftfield screenings and one off events such as a live remix of Derek Jarman’s Blue (1993), featuring Jarman’s composer Simon Fisher Turner and poet/musician Black Sifichi, and the Brighton Screening Day Shorts, a platform for local film-makers to show off their talents.

Formed in a partnership between the Duke of York’s Picturehouse, Screen Archive South East and The University of Brighton, and with patrons including Nick Cave and Paddy Considine, the festival always feels inclusive and collaborative and regularly unearths some unexpected gems. Cine City co-director Tim Brown, who founded the festival with Screen Archive South East director Frank Gray, took time out from last minute preparations to answer some questions for The Big Picture regarding this year’s festival and the thinking behind Cine City’s planning and programming.

TBP – If you were trying to ‘sell’ Cine-City to a prospective first timer what would you highlight as reasons to attend the festival?
TB – It is really the mix – of curated programmes and strands, one-off screenings and special events plus the previews of forthcoming releases including the best of world cinema and those tipped for honours in the awards season.
For those from out of town Brighton’s a vibrant friendly place and the main festival venue, the Duke of York’s is one of the loveliest cinemas in the country – it has just celebrated its 100th birthday – the oldest surviving purpose built cinema in the UK.

The programme always feels very eclectic – is that an important part of the scheduling decisions?
Yes – with Brighton being the creative kind of place it is –it makes it easier for us in a way to programme lots of artists’ cinema and challenging work.

Also when we set up the festival in 2003 it was because we wanted to have ‘art’ and cinema together and not have them in separate boxes. Of course there has been a huge growth in recent years of artists’ moving image and a real blurring of boundaries between the black box of cinema and the white cube of the gallery but when we started (and this was reinforced by the institutional split of Arts Council and UK Film Council) there was generally much more separation. But for us we wanted that cross-fertilisation, it was the main reason Cine City was set up. 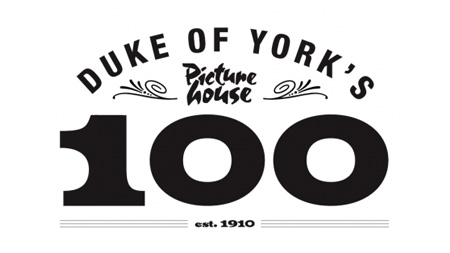 With the Dukes celebrating it’s centenary is there added pressure or levels of expectancy regarding the festival’s success this year?
We’ve been busy this year co-ordinating  a year-round programme of special events and screenings for the centenary. For instance Brighton Rock Unseen – a stage and screen re-imagining of the novel and film. On stage there were 7 actors in a live-radio style performance in a new adaptation of the novel accompanied by jazz band while on screen a rostrum camera roamed over stills from the 1947 film exploring the kind of details you wouldn’t normally see at 24 frames a second. It was very rewarding to do something different with the film that put Brighton on the movie map and it was also appropriate in that the very first events at the cinema 100 years ago were a mixture of live music, magic lantern slides and narration.

Throughout 2010 we have also been working on a large-scale Community History Project with the support of the Heritage Lottery Fund getting people involving in researching their own history of the cinema and encouraging people to send in memories, old programmes and ephemera and generally celebrate the fact that through their local cinema there is a whole century of cinema-going to explore. There is a dedicated online archive www.dukeofyorkscinema.co.uk and we are also publishing a book on the Dukes which will be launched during Cine City. We have a few events in the festival that round-off the centenary year – for instance a screening of early pioneers Smith and Williamson – so I don’t think we feel any extra pressure on the festival; we hope people realise and appreciate everything we have been doing across the year!

Do you take notice of other film festivals (large and small) during planning stages – as in a need to stand out or ‘compete’ to survive?
We are lucky enough to visit a few other festivals across the year and of course have friends who run and programme other festivals so are always comparing notes and swapping tips. I think each festival is very different and there are so many specific factors – location, venues, funding – which mean no two are alike; so we don’t really have that sense of competition. We are quite a small festival in the wider scheme of things and our focus is on providing what is hopefully an excellent festival for regional audiences – albeit with international guests and people travelling from further afield for special programmes and events.

How do you feel Cine-City has developed since it’s beginnings?
Well the actual festival has grown in size a little bit – but it is probably not that appropriate for us to expand much more.

Over the years we’ve been able to put on some ambitious, larger-scale projects such as the exhibitions that sit at the heart of the festival and that we programme strands and special events around. In a way the main development has been moving into some selected year-round activity; we present a number of special events across the year – this year for White Night (30 Oct) and earlier in the year House / Artists Open Houses during the Brighton Festival in May.

How do you think austerity cuts and the abolishing of the UK Film Council will affect the future of Cine-City and the British cinema industry in general?
Very difficult to say – it’s going to be a bumpy ride for sure. For us the Film Council support has always been part of a wider mix including Arts Council, University and City Council support. Of course all of these sources will be affected as will the ability to raise sponsorship etc. from the private sector. So we will just have to be even more creative in raising financial support and trust that still leaves us with enough time to programme it successfully.

What are your hopes for the festival on a long term basis?
Well in ‘austerity Britain’ survival is the first thing and we’ll take it from there!
I think increasingly festivals act as a kind of alternative distribution network and this will only become more pronounced so it’s the relationship with the other 50 weeks of the year – whether that’s ones own activity or other initiatives – that will be increasingly important.