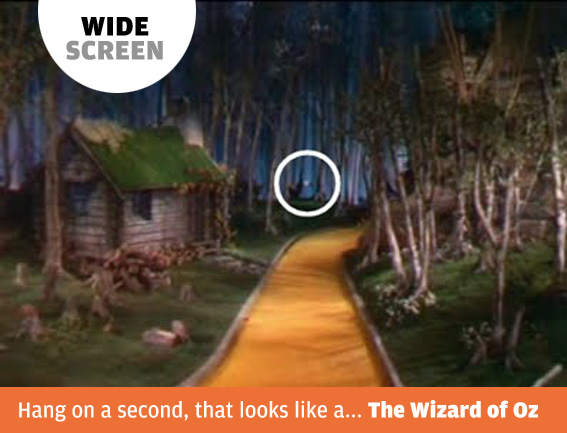 As urban myths go, the one about the suicidal Munchkin, supposedly visible dangling from a tree as Dorothy, the Scarecrow and the Tin Man meander down the yellow brick road in The Wizard Of Oz is fairly easily debunked, as any cursory study of the clip on youtube will attest. But does the myth say something about the viewing public’s appetite for embroidering the truth around iconic movies?

For the record, and I hate to come across as some sort of Richard Dawkins-style ‘there ain’t no such thing as Santa Claus, kids’ spoilsport, it’s not a dead Munchkin, okay, it’s a crane, a great big bird stretching its wings. Although when Time-Life release the footage shot by Abraham Zapruder from the grassy knoll in the enchanted forest that fateful day we may need to reconsider this.

The tale of the hanging Munchkin only sprouted legs around the time of the film’s fiftieth anniversary re-release on home video in 1989. Perhaps there was something in this moment of maturity that cemented Oz‘s iconic status. It was more than that though; from that point on it acquired a truly mass mythic quality. No longer simply loved, it passed into the wider cultural landscape as a touchstone of dreams made flesh -see how it informed Lynch’sWild At Heart that same year – and became a totem of worshipful scrutiny for the video-literate generation. Now they could study it with a fine tooth comb, extract every possible scrap of pleasure from it, invest it with new readings to fit the modern mindset and embroider its hems with previously unknown yarns or unseen images. 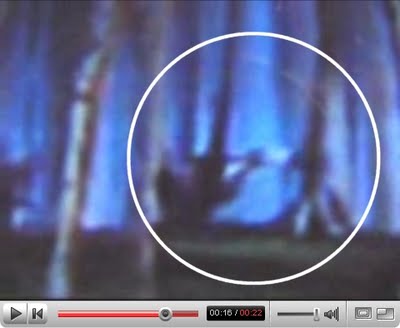 Regarding the actual scene in which we are led to believe the little chap can be seen swinging from a tree, what’s going on here is a form of mass pareidolia, the phenomenon of seeing recognisable shapes in objects, the man in the moon, human faces in clouds, Jesus/the Virgin Mary/Elvis in potato crisps, that sort of thing. It’s the mind making visual (non)sense of the amorphous and indefinable. But hey, people don’t like it when rational explanations get in the way of a good story. They’d much rather construct a myth around a scrap of tittle-tattle then find evidence to fit that myth. How else do you explain illogical phenomena like organised religions and Susan Boyle?

The myth was robust enough to form the core of Dean Cavanagh and Irvine ‘Trainspotting‘ Welsh’s play Babylon Heights first performed in 2006. ‘It’s a persistent myth’ Welsh claimed, ‘the point about myths is they don’t have to be true, they don’t have to be facts, but people need to believe in them. We’ve taken that as a starting point, that that myth is actually true and the Munchkin has actually hung himself.’

August 12th 2009 marked the seventieth anniversary of the film’s premiere screening. Not surprisingly a four-disc ‘Ultimate Collector’s Edition’ blu-ray release will shortly follow, with a new DVD version also released as a Two-Disc Special Edition and a Five-Disc Ultimate Collector’s Edition. It remains to be seen if further ‘proof’ will be revealed under the high definition microscope. The clarity of previous DVD releases have only served to fan the flames of conspiracy, with any number of lone gunmenproffering evidence that the version now in public circulation has been doctored and that the ‘original version’ clearly shows a swinging corpse.

I managed to get hold of a copy of the blu-ray version and – whoa Nelly! – you can keep your hanging Munchkins. At the 54 minute and 33 second mark, if you freeze it, you can clearly see Lord Lucan riding Shergar outside the gates to the Emerald City. But seriously, there’s analysis and then there’s OCD level anal-retentive obsession. The latter can seriously spoil one’s enjoyment of the movie, so after reading this you must promise me, on the life of Glinda the Good Witch of the South, not to reach for that pause button, even if you’re positive you just spotted a little pair of shoes beating a slow tattoo against a tree trunk when Dorothy is going at the Tin Man’s joints with the oil can…LEAVE IT!!!