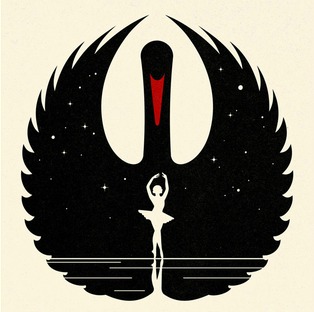 Poster art is first and foremost in whetting our appetite for a particular film – setting our imaginations in motion by triggering all sorts of visual cues that link to story, genre and mood. Continuing our regular web series, Gabriel Solomons once again casts a critical gaze on a few choice film posters for upcoming features. It’s fair to say that Sofia Copolla has made the subject of alienation into a running theme throughout her career. From Virgin Suicides and Lost in Translation to Marie Antoinette and now Somewhere, characters set adrift looking for some anchor to reconnect them to anything or anyone of substance features prominently. The poster for Somewhere takes this theme and runs with it – placing the two stars (Stephen Dorff and Elle Fanning) off centre and in the shadow of The Chateau Marmont, Hotel to the stars and home to Dorff’s pampered yet bored protagonist. The poster is less a representation of wealth and priveledge as that of indifference and a cold disconnectedness which is helped by the use of simple bold typography spread evenly around the page. This economic use of type again echoes Copolla’s film making style which has tended to split audiences – some labelling it pretentious and dull others dreamily poetic and contemplative. The same could no doubt be said about this poster. 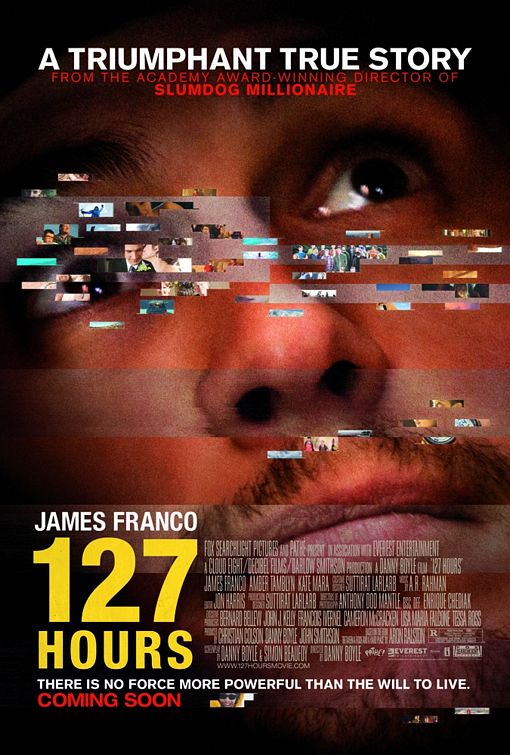 Meant to be read as a literal fractured narrative,  the poster for 127 Hours suggests both the film’s style and content. The digital, handheld film making approach has been a permanent fixture ever since The Blair Witch Project exploded onto the screen over a decade ago and has been used with varying degrees of success ever since. By incorporating small frames into the main distressed video image, the poster communicates the film’s themes of isolation and fear but also those of hope (he’s looking up you see) and the importance of memory to help set us free. The mish-mash of type – all set in a variety of Akzidenz Grotesk styles – could be arranged with a bit more panache, but help support the overall feeling of tension that this docu-drama is no doubt aiming for. It’s a crying shame that film posters like these rarely get made and even seldom still – get used. Designers La Boca have produced a set of four striking illustrated posters steeped in the art deco style of the 20s and 30s with their bold use of stepped forms, sweeping curves and angular yet elegant typography. With their intelligent use of negative space to render two ideas within one image, these posters not only help tell (and sell) a story but work as pieces of standalone art – something pretty rare in these days of increasingly generic and creatively bankrupt film posters. Fine examples of courageous art direction and sublime execution that begs the question of why we don’t see more of this more often. Oh yeah, marketing departments have no balls.