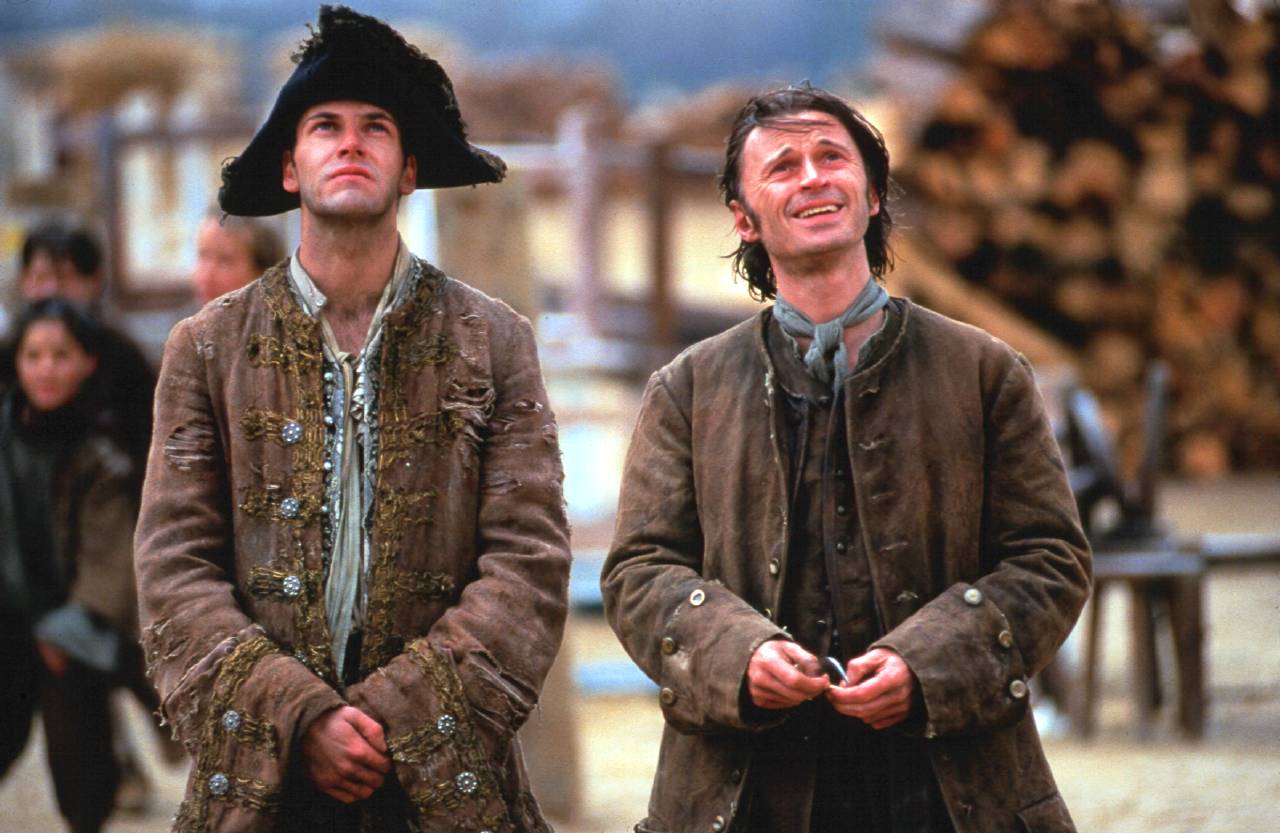 There was a time when Jake Scott was that bloke who did music videos. Then he did a movie. And people quite liked it, critics were sniffy, and it soon passed into the annals of history.

Which is wrong, because it’s damn good.

It’s essentially a love story buddy movie historical crime caper. With a bit of dance music thrown in. And it’s funny. And actually quite gruesome in places. And, above all, it’s fun.

The story is quite simple. Captain James Macleane (Jonny Lee Miller) is down on his uppers, and while trying to retrieve a stolen ruby from the man who swallowed it he crosses paths with Plunkett (Robert Carlyle), who feels he has a claim to the jewel given it was his side-kicked who died for it.

From here, we go on a wild ride as the two become The Gentlemen Highwaymen, holding up London’s high society in a bid to save enough cash for passage to America. A plan slightly hindered by Macleane’s gambling addiction and love for the first woman they point a gun at (played by Liv Tyler, rocking the English accent like a native).  People get shot, beaten up, captured, laid, infected – not necessarily in that order – and we all have fun.

You see, the genius of this film (which is probably over-selling a tad, but you take my point) is in Scott’s direction. First, it’s perfectly paced. It begins with a prison breakout and just keeps its foot on the gas. Secondly, Scott keeps proceedings in perfect balance between the two leads, Tyler, Ken Stott’s evil hypocrite Chance (his name is spelt wrong on the back of the DVD, by the way) and Michael Gambon’s turn as the Lord Chief Justice: no mean feat for a man more used to asking R.E.M. to stand on the right spot.

Which brings in the music. One of the promo points when Plunkett & Macleane came out was the dance music soundtrack, as a juxtaposition to the historic setting. Now, that’s not strictly true. Yes, there are some scenes (the party and wedding spring to mind) where that’s the case, but in other areas it is scored quite normally. Not that it matters, as the choice of music is perfect. The party and wedding rock. Sofia Coppola tried the music trick in Marie Antoinette and screwed it up. Scott, on the other hand, nails it.

Then there’s the look of the thing. London in the 18th Century was no picturesque playground. It was grimy, filthy, gritty, disease-ridden – or, if you had the right address, that’s how it looked and smelt as you swanned about from party to party in your sedan chair. Scott captures both worlds perfectly. You can feel the dirt and filth of the streets, you revel in the opulence and decadence of the parties – both are served up with a relish and attention to detail that far more experienced directors would do well to emulate.

And then there are the performances. Miller (at this point only really known to film fans through Trainspotting and Hackers) and Carlyle (fresh from Trainspotting and The Full Monty, but arguably still better known for talking to his little dog on Sunday evenings in Hamish Macbeth) have a clear rapport. Their relationship is born out of necessity, their friendship almost begrudging – it’s up there with cinemas greatest odd couples.

Finally, there’s the ending. I won’t give anything away, as you almost certainly won’t have seen it, but there are no clues as to how the final scenes will play out. I watched it again yesterday, just to check, and even knowing what is coming you don’t see any hints or clues. No lingering shots on possible plot points. You’re just left to sit back and watch the action play out. Which is how it should be.  I loved this film when it came out.

I loved it again when I finally got it on DVD. Watching it again before writing this, I fell in love with it all over again. It’s up there with the best of modern British cinema.