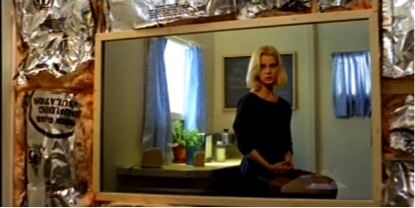 Every scene in Wim Wender’s Paris, Texas (1984), seems laden with significance because the enigmatic protagonist’s past is almost completely withheld from the audience until the film’s denouement. As with many of Wender’s alienated heroes, Travis is lost, both physically and spiritually, and must piece together the fragments of his life in order to create some kind of future. Consider the central themes of loss and estrangement in the film’s closing scenes.

Travis enters a booth. Jane cannot see Travis – he is shrouded in darkness. Conversely, Jane is illuminated in her peep-show box by a wincing fluorescent light. She gazes out in the direction of the concealed Travis, but it is her own vulnerable reflection that she sees in the one-way mirror. Travis asks Jane questions about herself, and she falters at his unusual demeanour. 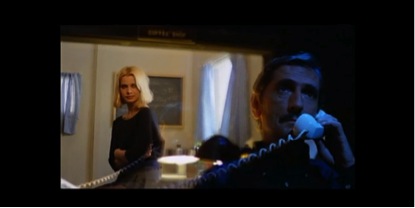 Travis begins one of the most memorable monologues in cinema. It is as though he is in a Catholic confessional booth, or a psychoanalytic evaluation: he must confess the past before he can move forward. Travis sits with his back to Jane, so that her image will not distract him from his task. 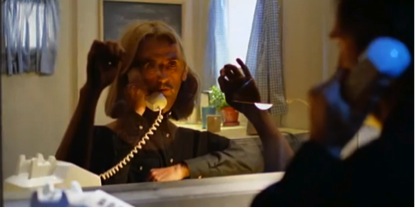 After Travis’ monologue, Jane peers in at him through he one-way mirror, and his face is reflected over hers as he turns to look at her. They are united for a moment, emotionally and visually. In a film where an obscured past holds the answers to an unhappy present, this is a defining moment: past finally meets present, and Travis’ task is almost complete. 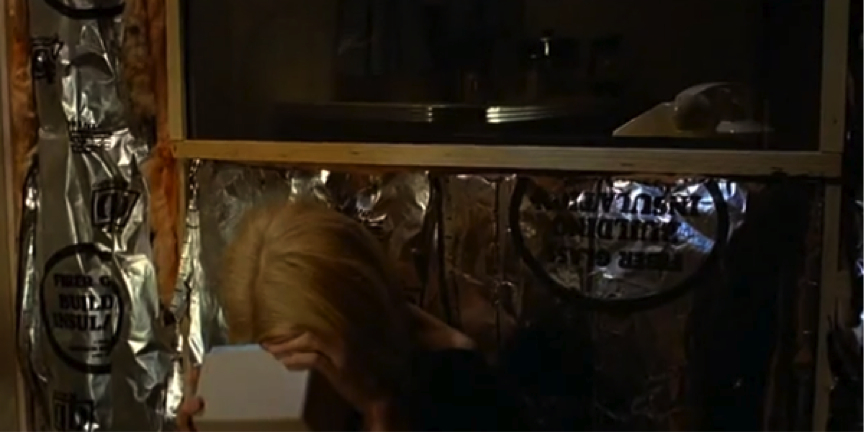 Travis quietly exits the booth and walks away, suffering his final loss as he leaves Jane for the second time. He disappears into the desert of an impersonal American landscape – a barren car park, illuminated by a solitary green street light.

It is a sadly cathartic ending that visually echoes the opening frames of the film. The moment Travis finishes his speech, the film thematically reverses: Jane turns her back on him and tells him her story. She is then reunited with Hunter, as Travis was, before Travis disappears back into the wilderness from whence he came.