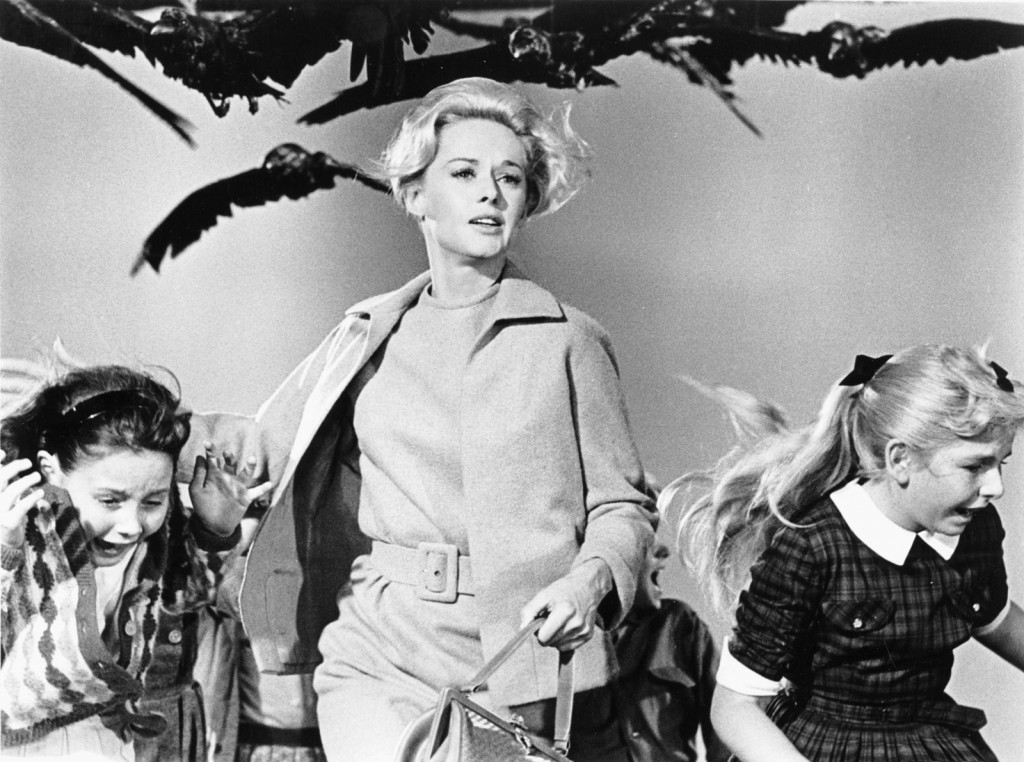 Throughout history the appearance of a crow has been synonymous with impending doom, and numerous film-makers have employed this folklore to signify the forthcoming death of a character (usually in a violent and gruesome fashion), or the foreshadowing of dire consequences for those who encounter the bird. The arrival of a crow in Danny Boyle’s horror 28 Days Later (2002) initiates a devastating end for Brendan Gleeson’s character Frank – its cawing exacerbates Frank’s fit of anger and he unwittingly contracts the rage virus whilst attempting to frighten the bird away – culminating in his untimely death at the hands of his fellow survivors. 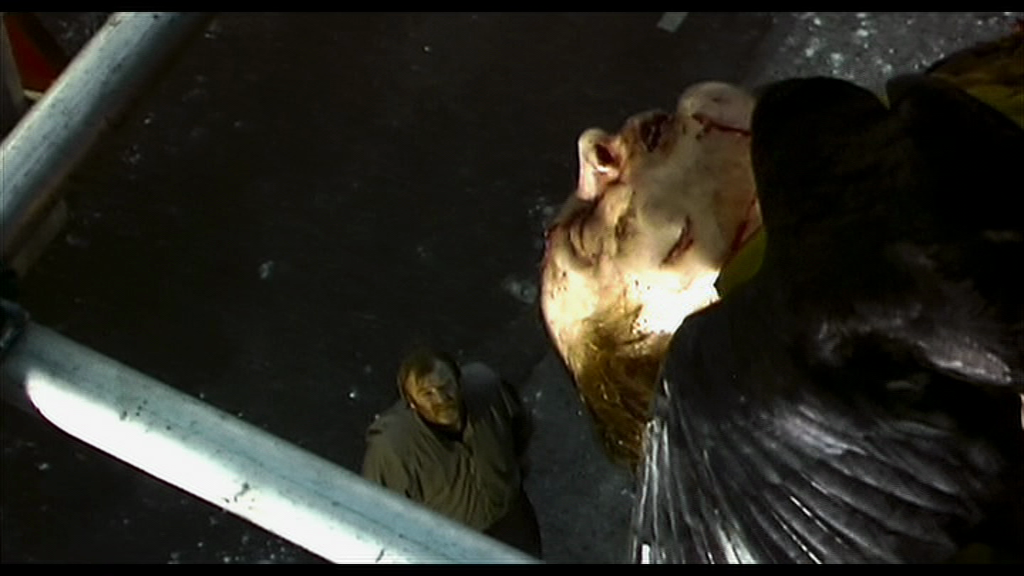 During the infamous playground scene in Alfred Hitchcock’s The Birds (1963), Tippi Hedren sits with her back to a climbing frame completely oblivious as hundreds of crows land on its bars prior to a vicious attack when they launch themselves at a class of schoolchildren. Here the crows are not just the harbingers of doom but are also instrumental in the forthcoming carnage as they peck and claw at those unfortunate enough to fall within their reach. Mel Gibson took this idea a step further in his controversial film The Passion of The Christ (2004) when he depicted a crow landing on the cross of an unrepentant thief, foretelling his gruesome demise as it begins to peck at the helpless man’s eye.

The crow is not only a bad omen for those who suffer at the hands of evil, as the appearance of the bird in Dario Argento’s Opera (1987) is also used to signify the impending doom of the film’s villain. The crow’s intelligent and sly nature is harnessed to reveal the true identity of the killer when a bustling cage of the birds is unleashed into a theatre in one of the director’s most impressive visual flourishes to date.

Although most often featured in the realm of horror, crows have also appeared in films such as The Wachowski’s The Matrix Reloaded (2003) where they herald the arrival of Agent Smith (Hugo Weaving), who could potentially bring about the destruction of all humankind – an event that could benefit from far more warning than the mere arrival of a crow.