We’re all opening up, ready to get back to it – doin’ the things that we want to. Like the Lou Reed song:

It reminds me of the movies Marty made about New York
Those frank and brutal movies that are so brilliant
Fool for love, meet the raging bull
They’re very inspirational, I love the things they do,
Doin’ the things that we want to …

Are Scorsese’s characters, and our other movie “heroes”, the best friends we ever had? Well, in a way. At least it’s good to know who your friends are, and where they are, or to have a place where everybody knows your name – especially if your name is Snake Plissken, Barry Lyndon, Bill or Ted, Dorothy, Ripley, Hermione or Phyllis Dietrichson.

Not that cinema is always about community. It can be a solitary, fiercely individual pursuit. I remember being on a mission to see Girlfight, Karyn Kusama’s 2000 debut film about female boxers starring Michelle Rodriguez, who would go on to Avatar and all those Fast & Furious things. It was a wet, wet midweek night, I was soaked through by the time I got there and wondering why I bothered, but I can still recall that wonderfully expert and economical indie movie, and me there, sitting alone in the dark. I cherish the experience to this day, so it all must mean something, the rain, the rain and the bus back home. 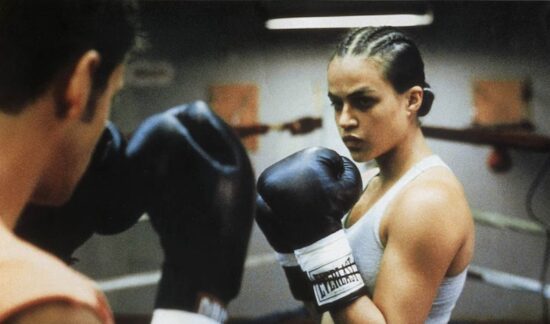 A former arts cinema manager told me his “typical” patron was a female in her 50s, a loyal reader of The Guardian, who also regularly attended the theatre. My first thought was, “how things change …” Back when “arthouse” cinemas, or “Regional Film Theatres”, were my go-to places, I was still a university student. Cult films, horror films and David Lynch, Alex Cox and John Carpenter, Italian zombies, cannibals and Japanese samurai were all we talked and argued about, apart from Punk, New Wave and Heavy Metal bands – UFO! – and we learned together there was a great, wide world of movies still to discover. Is there really a “typical” patron, I wondered? As typical as the films themselves, perhaps, and as different as the films themselves (although I’m no statistician, or marketer – nor do I believe the indie/foreign film audience is a completely different group than the blockbuster audience as, for so many, cinema is cinema).

You may or may not have heard of Owen Gleiberman, a chief film critic for US trade periodical Variety. In his memoir, Movie Freak: My Life Watching Movies, Gleiberman recalls his days as a student at the University of Michigan, getting to grips with “the parameters of movie history, a subject I realised, with a tingle of time machine sentience, was actually quite short. If you dated it, for convenience, back to The Birth Of A Nation, in 1915 … you could say the entire history of motion pictures, in 1976, was just … 60 years old (sic).”

Owen added: “Compared to, say, English Literature, movies were a three-day infant. That fact thrilled me. It made me think I could ingest it all.”

Lots has happened since then, of course. Many, many more movies have been made and distributed, and Gleiberman, as much as the next guy/gal in any given cinema seat, knows all about “the era of DVDs and VOD and streaming and Netflix and Turner Classic Movies and a thousand other ways to watch whatever you desire”.

A thousand other ways. But has the lockdown, sitting at home streaming stuff, bingeing long-form series, watching all those Blu-rays you had previously left unwrapped, has that really replaced cinema?

One movie I did watch at home – and can’t wait to see again on the big screen! – was Christopher Nolan’s epic, exciting, emotional, enigmatic Tenet. There was a lot at stake in Tenet: “Our present wiped out, our past obliterated. Everyone and everything who ever lived destroyed instantly.” 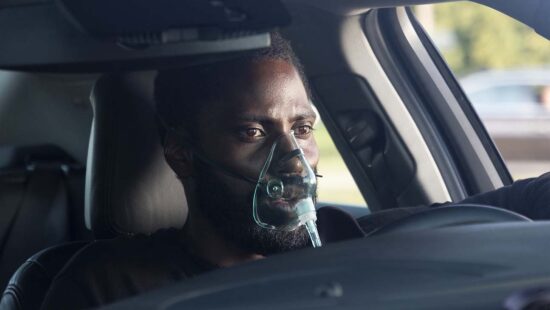 That made me think of Gleiberman, back in the 1970s, setting out to ingest ALL of cinema, and reminded me of our worst fears during the height of the pandemic, that we couldn’t get that world back – the past, present, future of the movies as we know them would be gone, lost forever.

Thankfully, though, we’re opening up – as are cinemas, proudly poised on sites full of their own histories, their own memorable, magical moments. Theatre, too – stage, screen, the music venues, doin’ the things that we want to.

For me, cinema is still a special experience. Consider the words of Pauline Kael, much lauded and celebrated film critic of The New Yorker magazine, when she wrote: “Some movies – Grand Illusion and Shoeshine come to mind, and the two Godfathers [Two? Pauline was writing in 1989, reviewing Brian De Palma’s Casualties Of War] and The Chant Of Jimmie Blacksmith and The Night Of The Shooting Stars – can affect us in more direct, emotional ways than simple entertainment movies. They have more imagination, more poetry, more intensity than the usual fare; they have large themes, and a vision. They can leave us simultaneously elated and wiped out. Overwhelmed …”

And since we’re talking critics, and the Godfathers, let’s talk about one of my favourite film writers, the late, great Philip French, who hailed Francis Ford Coppola’s The Godfather: Part II as: “A magnificently acted epic with the expansive quality and three-dimensional characters we associate with great Victorian novels. This is a film that demands the large screen and unbroken concentration of the cinema.” Typical of Mr. French, that just about says it all, in a few lines.

But still there’s more I’d like to say. Denmark’s Thomas Vinterberg, in an article in praise of his filmmaking “role model”, Ingmar Bergman, spoke about the Christmas party scene in the Swedish master’s Fanny and Alexander, and the idea of “natural history”. Vinterberg said: “For example, the natural history of going to the cinema encompasses going to the ticket booth and buying a ticket, going to the bathroom, buying some candy or popcorn, showing your ticket, and finding your seat. That’s a whole story in and of itself. It doesn’t seem very interesting when you talk about it like this, but you can really learn so much about people through this chain of events. Do they wash their hands? Do they complain about the price of the candy? Do they wait for someone before sitting down? There are many things you can reveal about character that way, and in The Celebration (Festen, 1998), I kept to that very strictly. Every time I got stuck in my writing, I just returned to the natural history – and that’s what Bergman does.”

Funny how a filmmaker chooses the act of going to the cinema as an example to illustrate his storytelling method, and the vital revelation of character. Different from putting on the kettle, switching off the iron, sitting down in your living-room, picking up the remote …

Vinterberg recently lifted the Best International Feature Film Oscar for Another Round and, in his emotional acceptance speech, dedicated the film and the win to his daughter, Ida, taken away at the tragically young age of 19. In the article quoted above, he remembered a 2007 phone conversation when he asked the interviewer: “Why did you call to talk about Bergman?” And the writer said: “Oh, didn’t you know? He passed away this morning.” Yes, Thomas, we have all lost so much, and so much more recently. But now we’re opening up, doin’ the things that we want to.

What was the last film I saw in the cinema, way back before the first lockdown? Nic Cage in Color Out Of Space – a kooky, Lovecraftian semi-classic! Tenet was meant to “save cinema” but, in the end, it seems Godzilla vs. Kong really kickstarted things worldwide this time round. As they say, it takes all sorts – but soon we can all do our bit, fight the good fight, perhaps like palindromic time conundrum Tenet: “Divided into two teams for a temporal pincer movement.” Yeah, I don’t really know what that means either, or who might pick the teams – it just sounds right as we try to save the world, our world, its past, present and future. I’ll see you there. 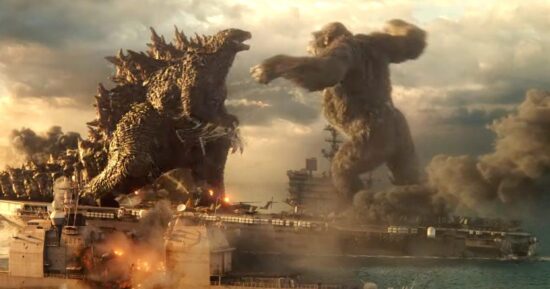