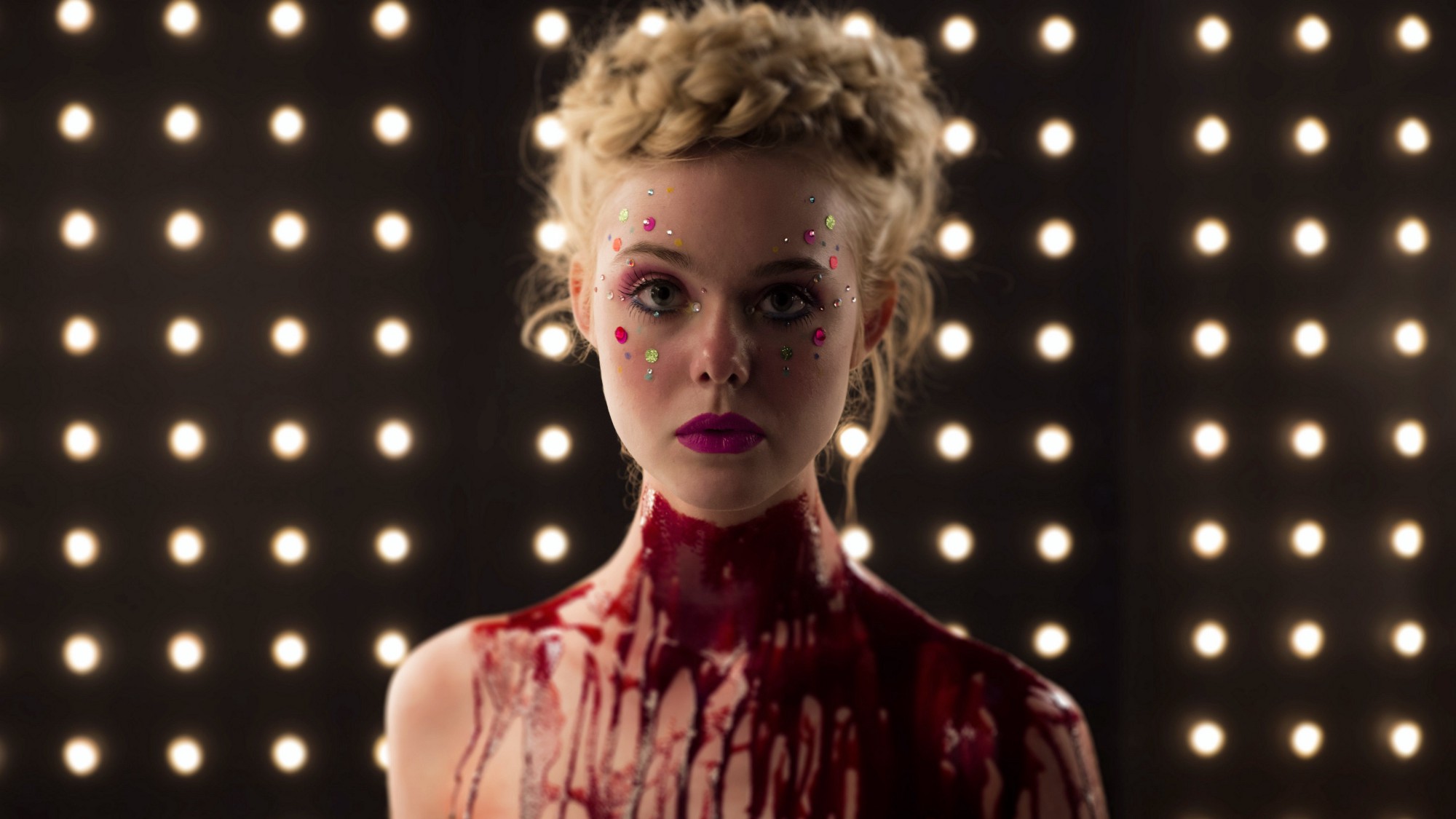 To give you an impression of how disappointing and utterly miscalculated Nicolas Winding Refn’s The Neon Demon really is, let me say that it contains a scene in which a character engages in heartbroken sex with an iced-over corpse, and your gut response somehow turns out to be, “Is that honestly all you’ve got?”

It ought to have been great, or at the very least fun. All the ingredients for a strange, visually decadent fable of doomed innocence are there at the onset. But the more things play out, the more we begin to sense a fundamental tension between the clear narrative conceits of the film’s screenplay and the high-minded vision of its director. Rather than punctuating the story with rich visuals, his approach cripples almost everything interesting about it. Most of its promises never truly deliver, and you can’t help but wonder if, at some earlier point in production, they did. During a recent press conference, Refn explained that by shooting the movie chronologically, he was able to start out telling one story and gradually evolve it into something else. Looking at the final product, he has accomplished exactly that, but to what meaningful end isn’t at all clear.

The glue of the movie is in the performances, although even they struggle to hold things together. Elle Fanning plays Jesse, a sixteen-year-old model who moves to L.A. in the hopes of jumpstarting her career. She’s picked up by an agency who sees something extraordinary in her; that transcendent quality that elevates one from good to great. A make-up artist played by Jena Malone takes Jesse under her wing, hoping to protect her from the competitive, often predatory attitude of the industry. But the more successful Jesse becomes, the more she turns that attitude into a weapon, eventually allowing it to consume her.

At one point, Jesse’s hotel room is invaded by a mountain lion. Not much is ever made of this turn of events. At another point, we learn that Jesse’s parents have died and that she’s essentially living independently. We wonder if this will lead to a startling revelation about Jesse’s past, but it doesn’t. The film is littered with false starts and fraying plot threads due to the director’s commitment to suffocating its coherent elements out of existence with his increasingly indulgent filmmaking choices.

The Neon Demon is Refn’s first effort since Only God Forgives, and the two have a surprising amount in common. Both are cracked, highly stylised visions of an alluring underbelly and the sinister people it nurtures, and both are rendered divisive by a sensibility as alienating as it is beautiful. But all the things that made Only God Forgives such a hypnotic experience are sadly absent here. Gone are the mythological intrigue and barely suppressed aggression that grounded that movie’s glacial pace and opaque emotions. Its characters existed in a kind of nightmare reality that turned fate, guilt, and revenge into the atoms of its universe. That film was a maddening experience, but there was a totality to its madness that informed the audience. You knew what you were in for from the very first scene, and it was up to you to either climb aboard or abandon ship. Here, we’re strung along by something a bit more conventionally satisfying, so when it veers off course and short-changes its ambitions in favor of something far more belaboured and impenetrable, you can’t help but feel a little cheated.

The problems run deeper. The movie is as beautifully filmed as any the director has made, but in the past, his visuals and experimentation have usually been in service of greater depths. With every shot as flawless as a magazine cover and without much more on his mind than the value of beauty, Refn succumbs more than ever to the sense of saying very little at full volume.

But let’s say you remain unconvinced by my reservations. After all, Nicolas Winding Refn is a convention-defying maverick, and perhaps I’m simply not on his wavelength this time around. I promise you that no matter what you think of most of the film, there is no preparing you for the almost sublime stupidity of its final minutes. “Boneheaded” doesn’t begin to describe it, and it stretches into what feels like eternity. Make no mistake: this is a B-movie ending filmed as if it were The Seventh Seal.

If the movie has any saving grace, it’s the score. In the film’s first act, the music of Refn’s star collaborator Cliff Martinez evokes emotions that prepare you for a far more affecting movie than the one you end up with. One track in particular underscores an otherwise quiet moment in which Jesse stares at herself in the mirror before embarking on a girl’s night out. There is homesickness in its synthy twang that cuts more deeply into you than the rest of the movie ever does.

There is no doubt that Nicolas Winding Refn is one of the defining filmmakers of the decade, and at the very least, he never fails to deliver something that challenges his audience. This time, however, we find him challenging patience and good taste above all else. He takes a good premise, game collaborators, and fine performances and leaves all of them stranded in something confused and ultimately rather empty. He is a better artist than this, and it’s time he realised that. Three years ago, Only God Forgives felt like the kind of movie you could only get away with making once. With The Neon Demon, that thought rings painfully true.

The Neon Demon is released in UK cinemas on Friday 8th July.