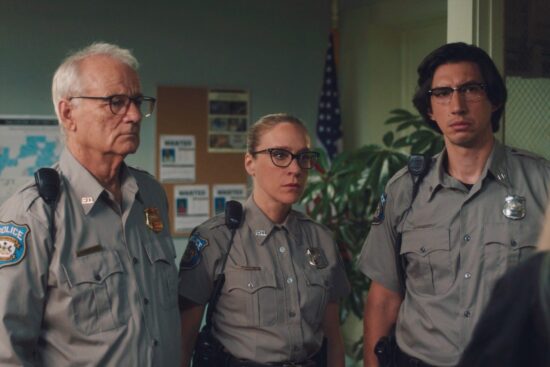 Bill Murray, Adam Driver, Chloe Sevigny, Tom Waits… The cast of Jim Jarmusch’s newest film is an impressive list of well-known character actors. These people might also be the only ones who could pull off a Jim Jarmusch film about the zombie apocalypse.

And they almost do.

The film begins with two policemen entering the woods near Centerville, a perfectly nice, all-American town. They’re there to scold Hermit Bob, who is being accused of stealing some chickens from Farmer Miller. After departing the woods, some strange occurrences start happening from longer days to grisly murders. Officer Ronnie Peterson suspects zombies, but surely not?

Of course, The Dead Don’t Die (2019) wouldn’t be called The Dead Don’t Die without some zombie action. It’s just a matter of when the rest of the characters realise these zombies are very real and they’re coming. What starts as a pretty regular zombie film transforms into a deadpan comedy about commercialism and then transforms again into a strange meta commentary on the film itself. Are you confused? You shouldn’t be, because it’s all remarkably simple and pretty much spelled out for you. 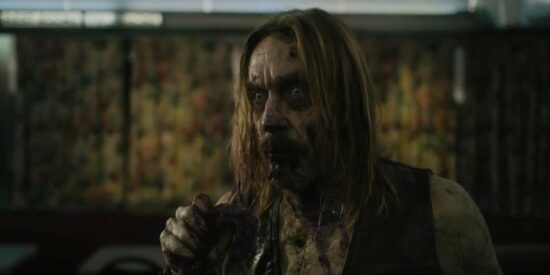 The first half of the film is a hoot. Adam Driver and Bill Murray, both long time collaborators of Jarmusch, are pitch perfect together. Jarmusch’s dialogue is so on the nose that it’s difficult to pull off, but both actors embody a sense of the uncanny; there’s something strange and off about them, which allows them to perform the dialogue to its fullest potential. None of the lines fall flat when coming from Murray or Driver. While the characters, which are drawn so broad, lose quite a bit of their humanity in Jarmusch’s hands, it’s hard to deny the pure joy that comes from watching such talented actors work.

I’ve seen The Dead Don’t Die twice now. When I saw it in Cannes, I enjoyed it tremendously. I thought it was a perfectly passable and fun film. The second time I watched it, in a packed London screening, I wondered what I saw in it the first time around. What felt like a fresh and insightful comedy was now boring and out-of-date, a shallow film that somehow manages to take what most zombie films hint at and ram it down your throat. The Dead Don’t Die isn’t subtle in any way, shape or form.

The most disappointing thing about the film is its never-ending plot holes. Characters have strange changes of heart, their stories are never finished or they could even be removed without affecting the plot of the film. The Dead Don’t Die comes across as a lazy film from a director who is possibly often mistaken for lazy due to his laid back, slow style of portraying the world around him. This time he truly has crafted a lazy genre film which doesn’t have enough giggles or gore to become a classic entry in the already packed genre.