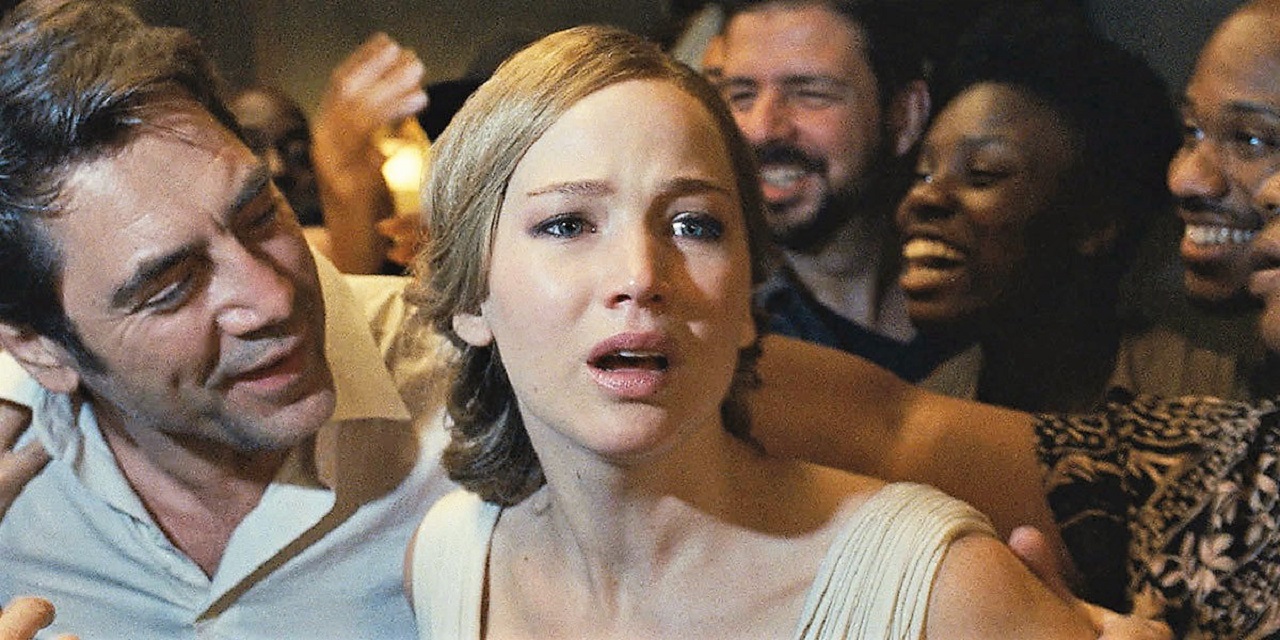 Mysterious strangers terrorise an unnamed couple (Jennifer Lawrence and Javier Bardem) at their secluded home in Darren Aronofsky’s Mother!, which begins as a claustrophobic Polanski-esque horror story before slyly morphing into a grotesque biblical and environmental allegory.

The scathing critical and public responses to the writer-director’s latest have already been the subject of much publicity. One explanation for the backlash has been the film’s brief, yet stomach-churning scenes of extreme violence: there were at least three walkouts from the screening I attended.

This explanation feels far too shallow, though. After all, Andy Muschietti’s It (2017), released a mere week before Mother!, contains similar graphic violence and taboo-breaking content, including themes of child murder and incest. Why is it, then, that Muschietti’s film has become something of a hit, whereas Aronofsky’s has become so reviled?

The answer may have something to do with the latter’s refusal to comfort his audience throughout scenes of macabre cruelty and spectacle. In It, every shock is quickly neutralized by a one-liner or winking New Kids on the Block reference. The abundant brutality of Mother! comes with no such safety net. Aronofsky wants his audience to be genuinely horrified, even at the expense of logic and plot. And yet, the film is not merely an endurance test for horror extremists. It seems Aronofsky also wants his viewers to feel shame, specifically for what we do to the earth, and to each other in the name of our beliefs. Nestled inside the story’s heart is the discomforting suggestion that humanity perhaps deserves its inevitable extinction.

In terms of pure technical craft, Mother! is often breathtaking. Shot on 16mm film and featuring mostly handheld camerawork, its raw visual intensity offsets some of the more outlandish special effects. Like Bergman or Demme, Aronofsky knows the visual power of the human visage, lingering on Lawrence’s oft-distraught face in a series of intimate, and unsettling close-ups.

The film is not without its faults. Although it deserves credit for going all out, its biblical allusions feel too heavy-handed. And the unexpected third-act cameo by Kristen Wiig felt a little like an afterthought. Why take such a talented actress and barely incorporate her into the story?

Despite such shortcomings, Mother! is a near-masterpiece that deserves to be seen, if nothing else, for its jaw-dropping audacity. Aronofsky doesn’t tiptoe around madness and chaos. He takes a sledgehammer to it.

One reply on “New Releases: Mother!”

[…] Mother! (Dir. Darren Aronofsky) This fever dream earned Darren Aronofsky his place alongside Lynch and Bunuel as one of cinema’s great surrealists. You can interpret it how you like – a Biblical allegory, a meditation on corrosive fame and ego, a condemnation of humanity’s destruction of nature – or you can go along for the ride and the ‘did they really do that?’ shock of that scene with the baby. […]