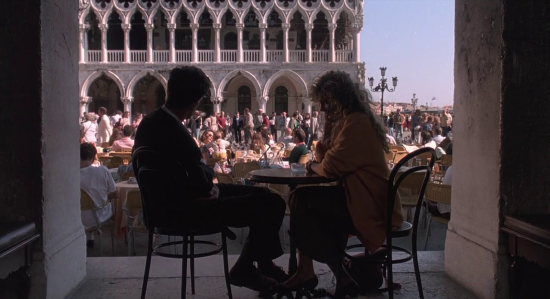 In 1980, Paul Schrader’s American Gigolo launched Giorgio Armani’s career. The designer went on to revolutionize fashion, and menswear and womenswear have never been quite the same. A decade later, when Armani heard that the director was going to film The Comfort of Strangers (1990) in Italy, he reportedly called and asked: “Can I give you anything?” Schrader answered: “Everything.” The entire leading cast in the film, from Natasha Richardson and Helen Mirren, to Christopher Walken and Rupert Everett, were dressed in Armani. 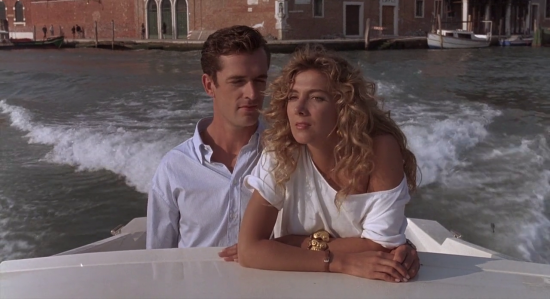 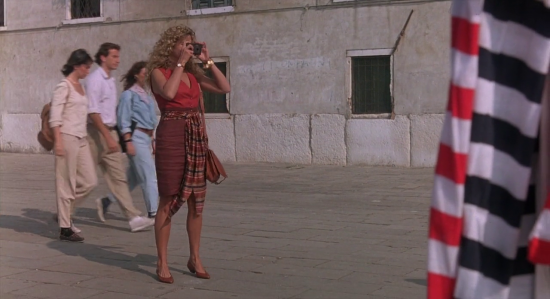 Sometimes pretentious, sometimes tedious, sometimes bizarre, at all times visually enticing and unpredictable, the film is deeply unsettling. Despite the surpassing creepiness, The Comfort of Strangers is a spellbinding guide through the hauntingly beautiful Venice: its hidden streets, dead ends, and wrong turns. It evokes a hypnotic sense of the city few other films have – Nicolas Roeg’s Don’t Look Now (1973) remains the template for using decaying Venice as a metaphor for the psychological disintegration of its characters.

English lovers Colin and Mary (Rupert Everett and Natasha Richardson) return to Venice, the site of their rendezvous a couple of years prior, to rekindle their passion. Getting lost amidst the city’s picturesque canals and dark alleys, they happen upon Robert (Christopher Walken). Dressed in a white linen/silk suit, he is an enigmatic, local aristocrat who regales the young couple with wine and intimate tales of his youth and tempts them to his Venetian palazzo for a brief rest. There, they meet Robert’s wife, Caroline (Helen Mirren), and the film soon takes an unexpected turn. 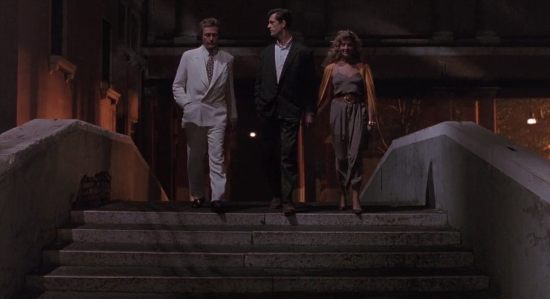 The four protagonists both perform with and display great style on the screen, and it is visually that The Comfort of Strangers is indeed a great cinematic experience: a rich, stylish piece with a sleek, theatrical approach. What renders the film its look is Dante Spinotti’s use of colours and lighting, as well as Gianni Quaranta’s set designs, Luigi Marchione’s art direction, and Giorgio Armani’s wardrobes; the Italian designer qualifies as one of the film’s auteurs.

In other words, the film looks good. And Colin and Mary are good to look at, too. They must be, because not only is this quality the obvious reason for their mutual attraction, but it’s also what makes them the objects of desire for Robert and Caroline. Rupert Everett, in the prime of his youth, dressed in his casual Armani clothes. Natasha Richardson, a wholesome beauty with golden locks, all clad in Armani’s best. Schrader has noted that after having Natasha live in a closet for one of his previous pictures, Patty Hearst (1988), Richardson was happy to work with him in a part that had her gorgeous, tanned, and dressed in Armani in glamourous settings. “I think I looked pretty,” she said. 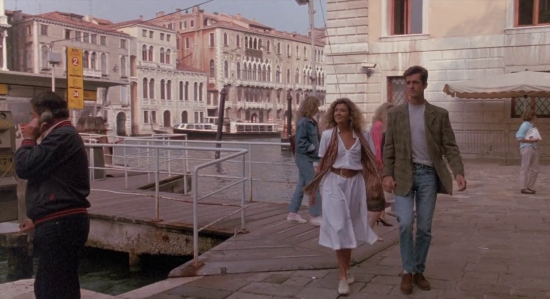 There is a sequence in the film where Mary and Colin are having dinner on the terrace of their hotel. At one point, Mary realises that the people at the next table are talking about Colin and his looks, and she approvingly tells him. Colin thinks in turn that Mary must be the center of their attention. It’s universally accepted that they are good looking (and that their Armani clothes suit them). Armani’s designs beautifully serve the narrative and provide a great reference to the Armani style, to the idea of simplicity and easy-to-wear elegance, which I believe is inextricably linked to the designer.

Mary’s wardrobe is a harmony in colour and fabric: tones of brown, pastels, white and black, fluid shirts, unconstricting knee-long skirts, effortless long dresses, casual day dresses, a gorgeous orange cardigan, wide belts, and oversized jewelry. Unlike Helen Mirren’s character, she seems at ease and free in her clothes, even when she wears a suit jacket to dinner on one of the evenings. The “unstructured” jacket, the signature design Armani is best known for, is also the designer’s favourite piece from all his creations. Natasha wears hers buttoned up, and it may have been worn over a dress, but most probably with a skirt, no blouse. It’s when she’s the most attractive. 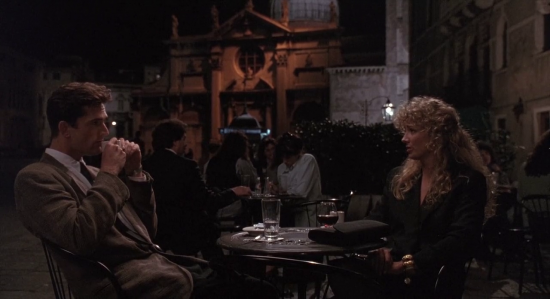 Giorgio Armani is a great modernist, and his tailoring traded stiff formality for assured relaxation, suggesting new, natural, minimalist, effortless attitudes (a less mannered style of the female figure), while preserving elegance, sensuality, and distinction. He has stated: “I imagined women in new roles, women who no longer have to pull their skirts down over their knees when they sat down or unbutton their tight jackets as soon as they took their places at the table for a business meeting. The elegance of the gesture, for me, has always been of essential importance, it is an integral part of style and one’s way of dressing.” Mr. Armani, I’m with you. 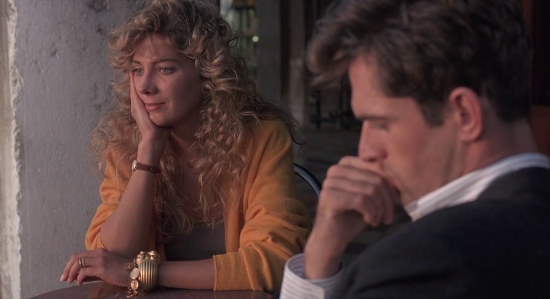