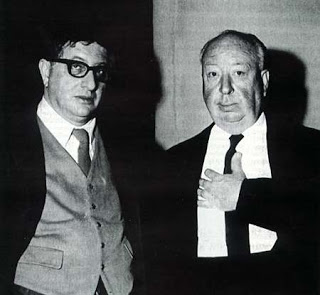 What more needs to be said about Psycho, other than it has exercised influence over every horror-thriller post 1960. Forgoing the larger budgets of Vertigo and North by Northwest, director Alfred Hitchcock wanted to dabble in the burgeoning independent market, so he stripped back the crew, retained the members from his tv show ‘Alfred Hitchcock Presents’, shot in black and white and went to town (for the time) in painting a vivid portrait of sex, madness and gory murder. The box office results were phenomenal and sealed his reputation as master of suspense.

‘The Bates Motel’…The ‘shower scene’…’Mother’…All have entered the collective consciousness. The other crucial element is Bernard Herrmann’s landmark score, perhaps the most influential thriller soundtrack in the history of the medium. The adjective ‘Herrmann-esque’ is tossed around glibly now, but this score is the real deal, the one that started it off.
Famed from the start of his film career as a pioneer and romantic innovator, how would Herrmann approach the graphic subject matter? Simply, he did what Hitchcock did with his crew and stripped the orchestra right back, so only the string section remained. It’s a dazzlingly simple yet brilliant idea typical of the composer but what is more astonishing is how much mileage he gets from this limited set-up. A full orchestra in the hands of a lesser composer can often produce nothing but the most banal themes; by contrast Herrmann seemed invigorated by the challenges he imposed on himself.

The screeching violins of ‘The Murder’ have become the score’s most famous attribute but there’s a wealth of other thematic material. Second only to the murder music is the opening ‘Prelude’ with the classic chopping strings painting a musical portrait of schizophrenia and madness. This theme is reprised several times in the album’s first half as Janet Leigh’s Marion Crane absconds with money from her boss, the music lending a real sense of urgency to her plight (and cleverly aligning the musical ‘madness’ with her character).

Further motifs signifying Leigh’s character appear regularly, including a jittery pizzicato one representing the ‘Temptation’ of the stolen money while the ‘Marion’ theme itself gives a palpable sense of desperation lurking under the calm orchestral veneer. But of course Hitch pulls the rug from under us and subsequently when we reach the album’s/film’s midway stage, Marion is dispatched and Herrmann takes the music in new directions. 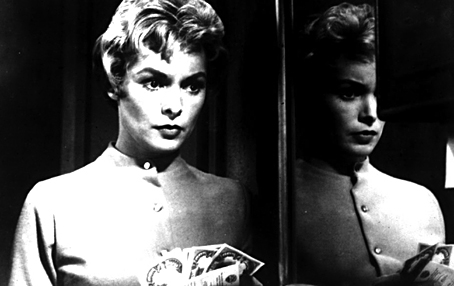 From here on out, just as Hitch cannily aligns our sympathies with Norman (Anthony Perkins) in covering up the murder (prior to his final reveal as the killer) so too does Herrmann’s music take our preconceptions in a new direction. There’s a vital sense of shrill urgency to the tracks from ‘The Body’ through to ‘The Swamp’ as Norman becomes accessory to his own crime before the ‘Prelude’ music is used in a rapid setting for the investigator Arbogast (Martin Balsam).
No sooner has he snuffed it (via a reprise of the murder music in the chilling ‘The Knife’) than we move towards the classic conclusion. The normality of Marion’s theme comes back into play in ‘The Search’ but the strings are increasingly edgy as her sister Lila (Vera Miles) enters the Bates house before it’s all let loose in the frightening ‘Discovery’ with the whirling strings going full bore as Norman’s true nature is revealed. The conclusive ‘Finale’ is perhaps the most disquieting of all, an eerily calm yet ominous portrayal of the madness that rational folk will never understand.
What becomes apparent about this score then is how well it tells the story on its own terms. Only the very best soundtracks achieve this, and Herrmann’s reputation as a storyteller has never been in doubt. Exercising an influence over every thriller score since, from John Williams’ Jaws to Alan Silvestri’s pastiche What Lies Beneath, it remains one of the composers most chilling, audacious yet accessible works. A big shout-out must go to Joel McNeely and his immaculate re-recording of the soundtrack with the Royal Scottish National Orchestra – they never miss a beat!