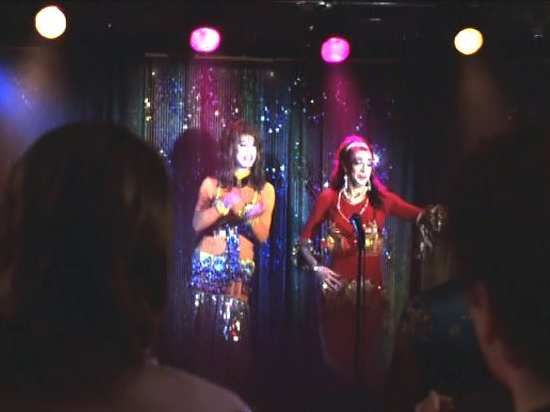 In the first sequence of Kutlug Ataman’s Lola and Bilidikid (Lola und Bilidikid, Germany, 1999), a young man is walking in a park at night. Murat (Baki Davrak) – an expression of anxiety on his face, his body tense – has ventured into the darkness. The park is the huge Tiergarten in the middle of Berlin, a setting transformed into a place of angst and mystery in which the rumbling of thunder reinforces the atmosphere of fear and danger. Nature seems to be commenting on the young man’s inner turmoil. Words are scarcely necessary to explain the reason for Murat’s nocturnal walk, the eerie surroundings being the manifestation of his sexual desire.

These shots, infused with melodrama, alternate with those of a small, crowded bar in which zenne dancers – male belly dancers – are performing their acts. The shabby but bustling place contrasts with the sombre images of the park, which nevertheless have a slightly romantic aura. Danger lurks in both and becomes reality in the sordid toilet of the bar when the male prostitute Bili, nicknamed “Bilidikid” (Erdal Yildiz), is dissatisfied with a client’s payment and brutally beats him up. The connection between the two settings is revealed at the end of the sequence when Murat watches two men kissing in the gloomy park, apparently a meeting place for homosexuals, and when he himself is approached by a lone figure looking for a sexual encounter. 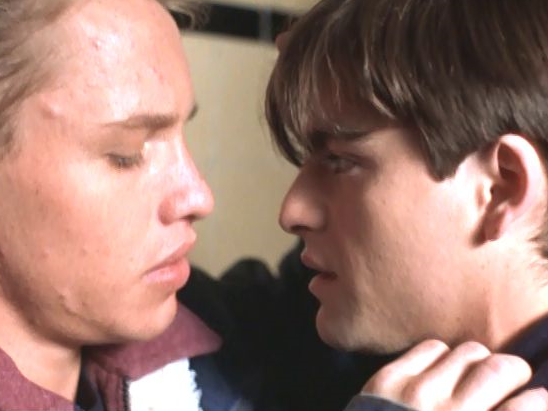 Lola and Bilidikid, directed by the London-based artist and filmmaker Ataman, is a key film in the emerging Turkish-German cinema of the 1990s. Ataman’s portrayal of a subculture within a subculture shows that his protagonists are doubly stigmatized, as immigrants and as transvestites or transsexuals. Born and educated in Germany, 17-year-old Murat belongs to the second generation of Turkish immigrants, the so-called “Gastarbeiter” (literally “guest workers”) who arrived in the country in the 1960s and 1970s. In contrast to his elder brother Osman (Hassan Ali Mete), who has become a taxi driver, Murat is a student at a secondary school, suggesting some degree of upward social mobility and integration. However, he lives with Osman and their widowed mother in rather poor conditions in a drab old building with no bathroom facilities in their flat.

Social difference due to ethnic difference is compounded by overt racism when Murat becomes the target of three of his male classmates who beat him up during a school outing. The brutal attack takes place at a highly symbolic place, the stadium built for the Olympic Games in 1936, and the racist remarks of the three adolescents identify them as neo-Nazis. However, racism is constantly depicted in the context of gender, in this sequence in the stadium by the fact that before he is attacked, Murat and one of his classmates kiss in the toilet. Moreover, the main targets of the three adolescents are the transsexuals and transvestites in the Turkish community. Ataman pushes to an extreme the image of the Oriental “other” as a woman that is frequently employed in colonial discourse. The fresh-faced, innocent looking Murat, lying bleeding in the cubicle, is shown in the conventional position of the victim. Seen as an object because of his ethnic origins, he is also an object of male gaze when his three classmates poke fun at him. 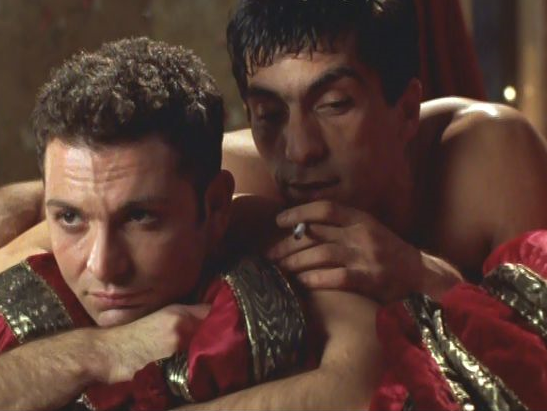 Both Osman and Bili react against being seen as objects rather than individuals with almost exaggerated chauvinism. Osman, the eldest son and the head of the family since his father’s death, is depicted as a cliché of the patriarchal Turkish male, eager to ensure that his younger brother becomes “a real man”, virile and heterosexual. And Bili is the boyfriend of Lola (Gandi Mukli), who turns out to be Murat’s and Osman’s transsexual brother, thrown out of their home by Osman because of his transsexuality. The nickname “Bilidikid”, a clear reference to Billy the Kid, the famous gunslinger of the American West, points to the masculine side of this character, emphasized by the way he dresses – leather jacket, T-shirt, and jeans – and also by Erdal Yildiz’s performance with slightly overstated masculinity.

Bili’s dream of a new life in Turkey with Lola as his wife reflects his wish for acceptance by society. His refusal to live like the “German fags” points to the discrimination he is subjected to in Germany and his fear of facing up to his sexual orientation – he is gay and lives with Lola but tries to hide behind a virile masculine attitude. Bili’s showcase of masculine strength and self-confidence is only a mask for his vulnerability, something that Yildiz’s nuanced performance reveals at a number of points, in particular when Bili, his face twisted with grief, watches Lola leave him, unable to share his dreams. 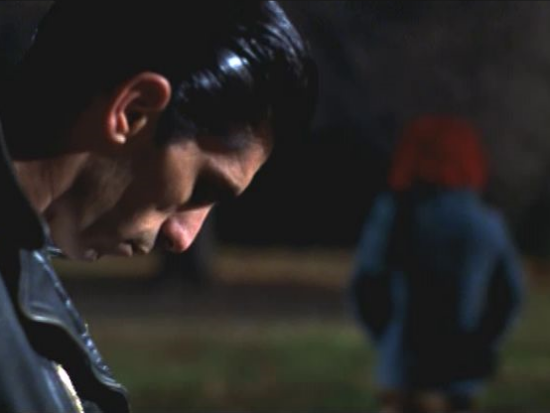 Bili’s fears concerning his sexual image are mirrored by Osman, who, despite repressing his homosexual desire, had raped his own brother, Lola. At the end of the film, Murat confronts Osman, who has killed Lola, with the murder. Terrified by this tragic revelation, their mother flees into the streets of Berlin and Murat follows her. The family as the nucleus of society and its microcosm is clearly destroyed. However, there is a glimmer of hope that rigid traditions and concepts of sexual behaviour can be overcome. Murat has accepted his sexual tendencies and his mother throws away her headscarf when she leaves their flat.

Conventions are also challenged at a narrative level by a fragmented structure, with the story of Murat, Lola, Bilidikid and Osman paralleled by the almost satirical tale of the homosexual relationship between the distinguished aristocrat Friedrich von Seekt (Michael Gerber) and the insolent Iskender (Murat Yilmaz). The film combines shots of overloaded, oppressive interiors with general shots of the rather sinister park, dilapidated industrial sites and the empty former Olympic stadium. The images of a street filmed from a bird’s-eye perspective in which Murat and his mother melt into the crowd suggest that escape from conventions is possible and show the individual as part of a multifarious society.

Ataman’s film has some stereotyping in the portrayal of the Turkish community and its gay subculture. However, by linking cultural with sexual aspects, Lola and Bilidikid subverts binary categorizations such as masculine/feminine, tradition/modernity, Turkish/German and Oriental/Occidental, and the film offers a critical examination of power relationships between the sexes and between the centre (German, heterosexual) and the periphery (Turkish, other sexual orientations) of society. There are no simple solutions, but by depicting cultural and sexual identities as susceptible to change, Ataman suggests that alternative lifestyles are possible.