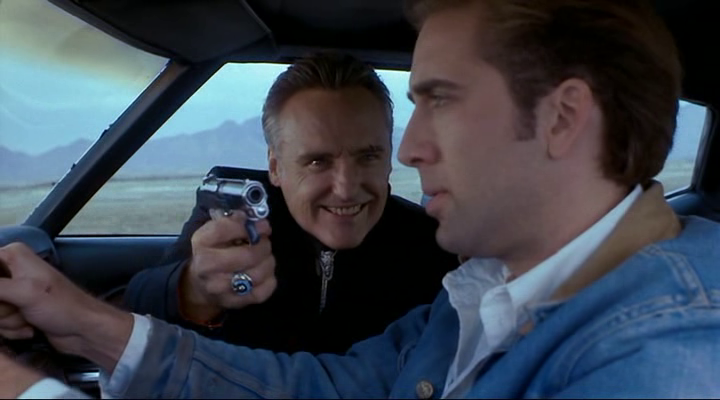 Cinema’s dustbin is littered with movies that disappeared between the cracks or didn’t fit neatly into any easy-to-sell marketing category.

It’s a fate that befell the criminally under-seen Red Rock West, John Dahl’s sophomore feature that, according to the late Roger Ebert, “exists sneakily between a western and a thriller, between a film noir and a black comedy”.

The film is worth seeing for the cast alone. Nicolas Cage gives one of his most hangdog turns as Michael Williams, an ordinary Joe on the road to nowhere who rolls into dead-end Red Rock and is immediately mistaken for “Lyle from Dallas” by bar owner Wayne Brown (J.T. Walsh).

Down on his luck, Michael keeps his mouth shut when he accepts $5,000 by Wayne to kill his wife Suzanne (Lara Flynn Boyle). He’s then offered double by Suzanne to kill Wayne after telling her about the contract. The plot takes a turn for the perilous with the arrival of the real Lyle (Dennis Hopper), a psychopathic hitman who dresses like he stepped out of a Garth Brooks concert.

Dahl, who co-wrote the script with brother Rick, throws in more twists than a pretzel factory and has a ball in the process. There’s an amusing running joke that sees the exasperated Michael continually trying to leave Red Rock but, like Jim Carrey’s Truman Burbank, is seemingly never able to escape. 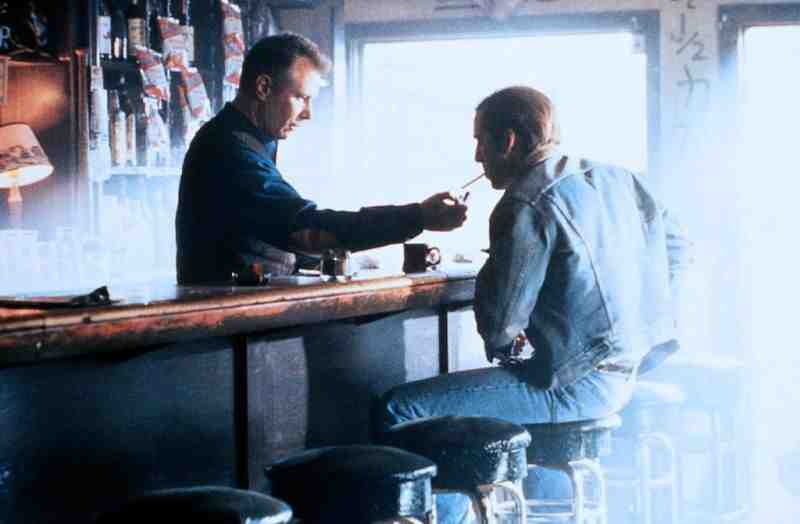 There’s more than a little of David Lynch in the film, and not just because three-quarters of the main cast have worked with him. Hopper is in full-on Frank Booth mode, while Boyle exudes the sort of old school matinee seduction she displayed in Twin Peaks.

In a film of meaty performances, the tastiest is given by Walsh (who should have appeared in a Lynch film, but never did). In lesser hands Wayne could have been a stock villain, but Walsh imbues him with a banality that is all the more chilling for being so underplayed.

Dahl is one of life’s nearly men. Now predominately a director of high-end cable and network TV shows, his film career never garnered the commercial success it was due in spite of such entertaining fare as The Last Seduction and Rounders, the Matt Damon and Edward Norton joint that helped launch the current poker craze.

Released in the wake of Reservoir Dogs (1992), Red Rock West became a casualty of the rapidly changing landscape of American independent cinema post-Tarantino. Watched now, more than 20 years on, the film has barely aged a day and deserves its place alongside the likes of the Coens’ Blood Simple (1984) as one of cinema’s most ingenious neo-noirs.