After languishing in obscurity for decades, Tony Williams’ cult horror oddity, Next of Kin (1982), has finally been released on Blu-ray, thanks to Second Sight Films. While the disc comes loaded with excellent special features, including multiple audio commentaries and two of Williams’ shorts, the biggest draw, naturally, is the pristine quality of the film itself.

The hard-to-find Ozploitation entry has been enshrouded in mystique and anticipation; after all, Quentin Tarantino famously likened it to The Shining (1980). This seal of approval is enticing but misleading. Yes, there are some striking similarities to Kubrick’s film (and other horror classics, for that matter), but Next of Kin is very much its own unique beast. 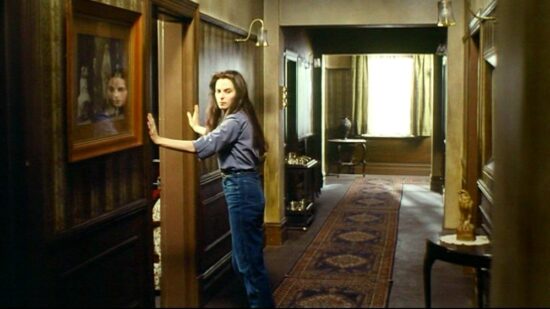 The plot is simple. After her mother passes away, Linda (Jacki Kerin) inherits Montclare, the family-owned retirement home; soon enough, guests start mysteriously dying, echoing a similar tragedy from years before. I will reveal no more, since the film’s unpredictability is part of its allure.

With Williams’ interior tracking shots and macabre use (in one particular scene) of a bathtub, parallels to The Shining become obvious. However, his aesthetic is probably closer in spirit to Nicolas Roeg’s in Don’t Look Now (1973). Water imagery (overflowing sinks, a sprinkler, leaks from a storm) permeates the narrative, much like Roeg’s rain-drenched Venice. Splashes of red, such as Linda’s red ball from her childhood, directly echo Don’t Look Now’s strategic use of the same color.

Next of Kin is not just an homage, though. It never feels derivative, and Williams establishes his own visual style. His use of slow motion at unexpected moments (such as when a character hysterically runs away from a crime scene), while operatically over-the-top, is also genuinely chilling. The cowriter and director also veers (sometimes quite wildly) amongst genres and incorporates elements from psychodramas, supernatural horror tales, revenge/survival thrillers, slashers, and even chase films. 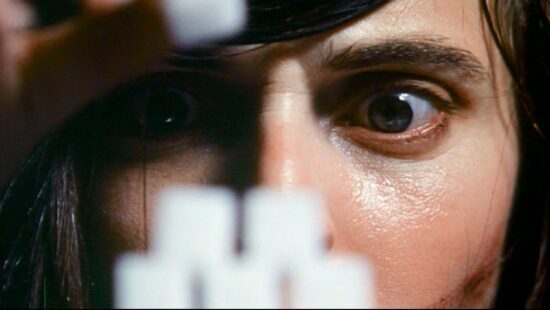 With so many forgotten films finding niche audiences through special-edition DVD and Blu-ray releases, the label “lost classic” has perhaps lost some of its impact. Yet, Next of Kin indeed feels like one, though it never quite reaches the heights of its aforementioned influences. Genre fans may wonder why it took so long for its release to come, but they will relish its long-overdue arrival.