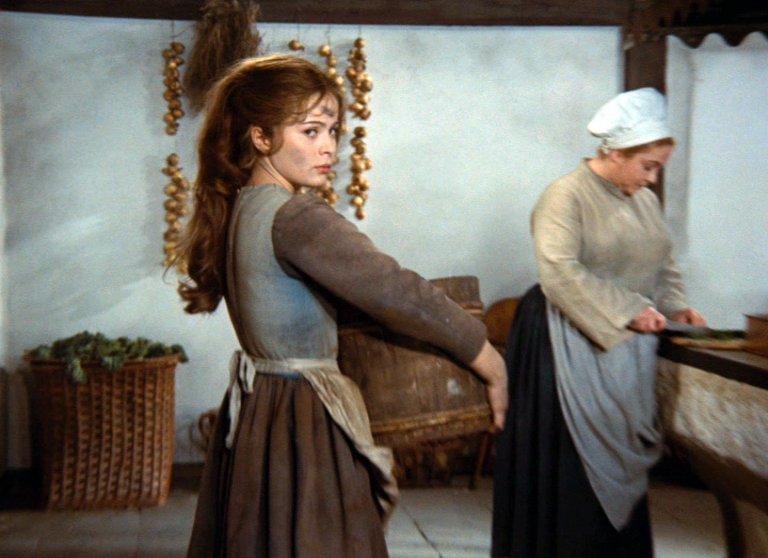 The story of Cinderella has been adapted countless times, from the iconic Disney animation to Kenneth Branagh’s recent live action take. One less well-known adaptation is Three Wishes for Cinderella, a Czech-German co-production regarded in Central Europe as a Christmas classic.

Václav Vorlícek’s film gives a different take on Cinderella to what we’re used to. There are in fact more than 350 different versions of the folk story across the world, with each language and culture adding its own twists to the tale; here, František Pavlíček’s screenplay is inspired by the Czech version ‘O Popelce’, which itself has roots in the English tale of ‘The Widower and his Daughter’, in which the central girl (named in the film as Popelka, but in the English subtitles as Cinderella) comes across three magic hazelnuts which help her to secure her Prince. 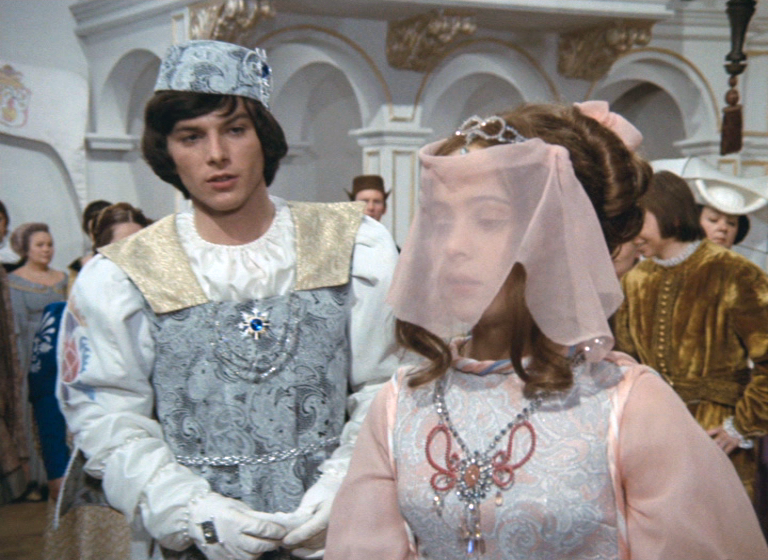 But this is a modern take on the story, and the other main point of reference is twentieth-century feminism. Libuse Safránková’s Cinderella may still be an oppressed and overworked orphan, but she uses her own wits rather than relying on fairy assistance to nab Pavel Trávnícek’s Prince before her step-sister does; it also seems that her motivation for doing so is to reclaim her status as a free woman rather than any particular affection for the petulant young Prince.

This is a Cinderella who, disguised as a huntsman, proves herself the best shot of them all. But she cares for animals and stands up to authority, preventing the Prince from killing a deer. She uses her femininity to capture the Prince’s attention in her beautiful dress, but won’t let it define her; she refuses to marry him until he’s figured out her real identity. With the resourcefulness of the Eastern European working classes and the rebellious spirit of the liberated woman, Safránková portrays a Cinderella for the twentieth century. 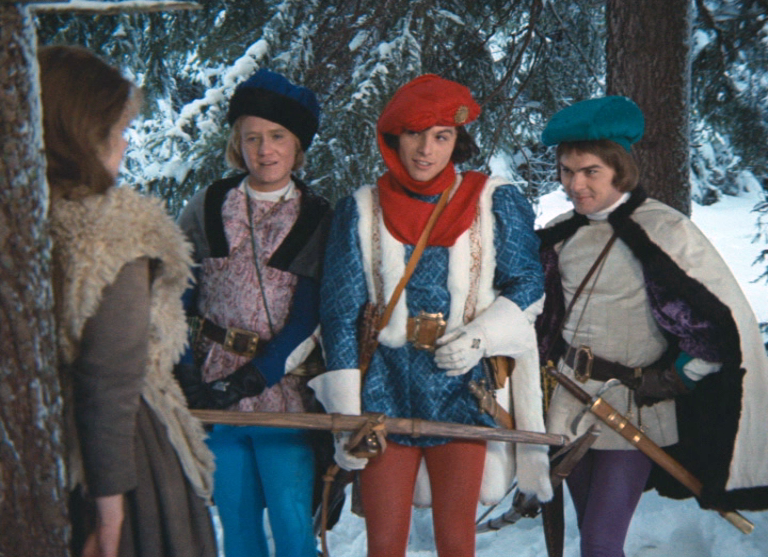 The other main appeal of this film is its take on the fairy tale landscape, beautifully shot in the forests and castles of Bohemia and Saxony. Again, this is no gaudy Disney cartoon; rather, Vorlícek presents a very deliberate contrast between the muted whites, greys and browns of the forested landscape and the bright colours worn by the royal family and their associates. The presence of all the region’s fauna – deer, owls, foxes, even a very energetic dog – is an essential and highlighted part of this landscape, building upon the warm atmosphere that gives the film a particularly festive feel and putting the modern values of the lead character at odds with the rustic appeal of the pre-industrial world.

And that dichotomy of styles is what makes Three Wishes For Cinderella such an entrancing watch – it’s at once a classic fairy tale movie, with beautiful settings and heartwarming romance, and a subversive, feminist revision of that well-worn tale, with a Cinderella who makes her own rules.