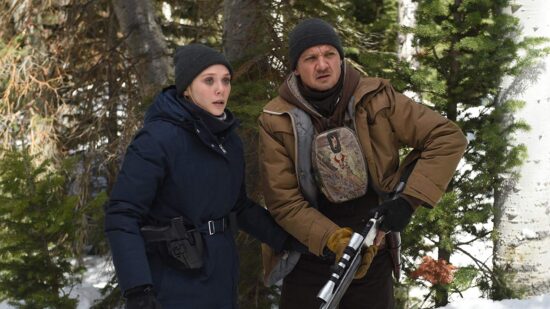 Taylor Sheridan’s Wind River (2017) pitches us into an unforgiving wintry environment and declares once and for all, as if we didn’t know already, that this writer-director will be a survivor. And yes, his movie grips and informs and entertains along the way.

A female, big-city-loneliness FBI agent finds herself tracking a rapist and murderer, his victim a teenager, in the white wastes of Wyoming. Her “team”? A veteran Native American cop, with his own skeleton crew, and an accomplished hunter with an axe to grind. So far, so genre.

The agent, Jane Banner (Elizabeth Olsen – Wanda/Scarlet Witch in the X-Men franchise), finds herself adrift in the physical environment, as the temperature hits home and the storms rage in, and adrift also in the emotional landscape, as various characters (all well drawn, all well played, all the way down the cast) try to deal with punishing grief and loss – some of it new, some of it freshly gory if inevitably frozen over.

Like Emily Blunt’s character in Sicario, Olsen is the one female voice, struggling to be heard as the males of the species do their dangdest to rip apart the vulnerable and the downtrodden – as feral as the wolves and mountain lions and other predators the hunter, Cory, dons his snow-white camouflage to eliminate.

Jeremy Renner impresses as hunter Cory, a character reminiscent of another “Searcher” – John Wayne’s Ethan Edwards, in John Ford’s masterful Western, The Searchers (1956). Sheridan, it seems, has learned from the greats that genre is not a strait-jacket to limit creativity but a recognisable, resolute starting place from where he can navigate the whole world.

As in Hell or High Water, when the action comes, it comes thick and fast.

But while it’s the males who do (most of) the damage, Olsen’s passionate and driven heroine can hold her own when the high-powered weapons start doing their dirty work. And one of the most affecting of many highly emotional scenes sees two guys meet, face to face, knowing all too well what the other has lost, and the silence speaks volumes of Cormac McCarthy.

However, this critic still has a few reservations (if you can excuse the pun – Wind River is the Indian reservation where the action is centred). While Sheridan has rightly been praised for his skill with dialogue, Wind River perhaps blows TOO wordy.

Peopled, as it is, by so many naturally taciturn characters, with so much to hide and so much they are trying to forget (but never forgive?), they willingly take turns to recount just how they turned out this way … who or what they blame for it … and how big a part the snow, and the silence, played in their descent into their own personal Hell. 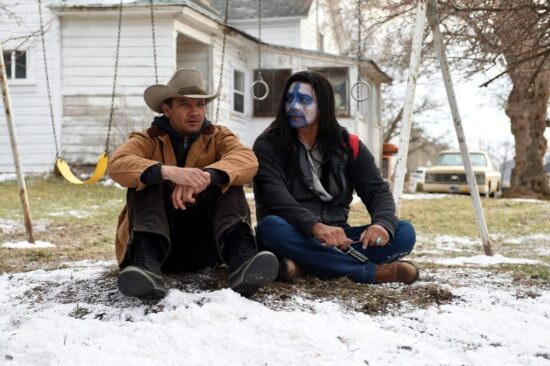 Having said that, many of the declarative speeches of identity, and homespun “how to survive” philosophies, are vital elements of many memorable scenes. So let’s give Sheridan the benefit of the doubt and say it is unlikely such a fine filmmaker could be so innocent of the fact that cinema works best when it can show, not tell.

The wonderfully atmospheric score is by Nick Cave and his long-time collaborator, Warren Ellis.