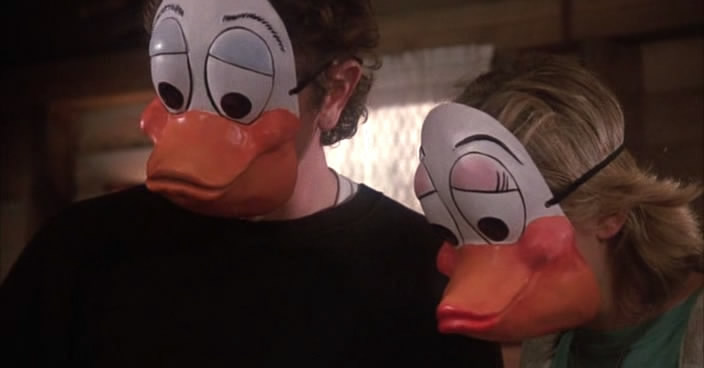 At its core, farce is dependent upon ridiculous situations. So how’s this one for you? In the often overlooked 1986 film Ruthless People, Ken and Sandy Kessler (Judge Reinhold and Helen Slater) don duck masks and kidnap Barbara Stone (Bette Midler), the wife of Sandy’s ex-boss Sam (Danny DeVito). Sam stole the Kessler’s life savings and Sandy’s fashion designs in a bid to make millions for himself, forcing the penniless couple to resort to blackmail.

So far, so conventional, but the twist is: Sam already has a mistress and was planning to kill his wife anyway.

Naturally, Supergirl and Axel Foley’s right-hand man don’t really want to kill Barbara, they just want their money, and are about as effective as Robert Lewis of A Life Less Ordinary fame when it comes to negotiation tactics. Sam defies every instruction and barters the couple down on the ransom several times, pushing Ken to the brink of despair as his carefully planned hostage scenario spirals out of control. Meanwhile, Sandy and Barbara are busy bonding over weight loss strategies (quite common in hostage situations, apparently) and when Barbara learns the truth about her husband, about his reluctance to pay the Kesslers and how he ripped them off, she offers to go into business with them herself. If that was the end of the story, perhaps there’d be a question mark over the film’s farce status. Maybe it would just sit in the ‘slightly zany comedy’ category. 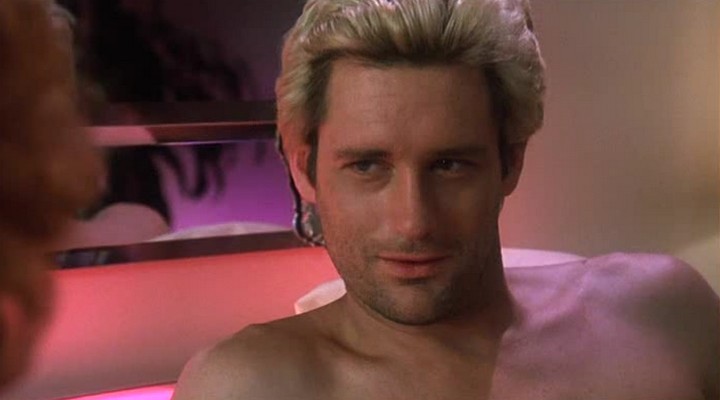 In the third act, however, the lunacy really sets in. A serial killer (called, of all things, The Bedroom Killer) who just happens to be in the neighbourhood drops by the Kessler home; he attacks Ken and Sandy before randomly falling down the stairs and accidentally killing himself. Almost without blinking at the untimely death of a known criminal in their cellar, the Kesslers conspire with Barbara to turn the tables on Sam, taking him for every penny they can. In the process, Reinhold, wearing a clown wig of orange curls (what else?), is held up at gun point by a platinum blonde Bill Pullman whom the cops describe as ‘the stupidest person on the face of the earth.’

In addition to a topsy-turvy plotline which has its pegs pitched deep in the ridiculous camp, there are myriad distracting features peppered throughout. The sex-tape sub-plot. Bette Midler hallucinating whilst reading fashion magazines. The Kessler’s tofu burger diet. Also: the duck masks. In Midler’s own words: ‘Oh my God. I’ve been abducted by Hewey and Dewey.’ 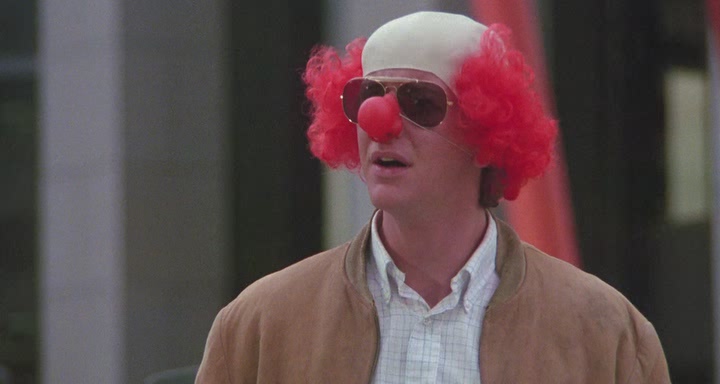 Ruthless People is an underrated example of scriptwriters exploiting dark subject matter for farcical effect. The overall tone of this picture is bouncy but the premise is a dark one, revolving around the sadistic, materialistic character of Sam Stone. Less than a minute into the runtime, Sam openly admits to his mistress he only married Barbara because he thought her ailing rich father would die imminently. He goes on to bemoan the fact that he stabilised and lived another fifteen years before finally dying of natural causes.

Stone’s lack of humanity drives both the narrative and the comedy in this picture. It is only because we understand Barbara’s husband to be a murderous rat from the outset that we are relieved to see her kidnapped by the kind-hearted Kessler’s, that we relish Sam’s frustration as the kidnappers repeatedly fail to carry out their threats, and that, more than anything, we root for Barbara and the Kesslers to have the last laugh.

Helen has spent the last decade writing about film for magazines, websites, TV and radio. She founded independent film publication New Empress Magazine and has written three non-fiction books. Her first novel, Milkshakes and Heartbreaks at the Starlight Diner, will be published by HarperCollins in July 2016. Helen’s choice of Mastermind specialism would be Grease 2. She can often be found tweeting about the Pink Lady Pledge from her account @Helenography.