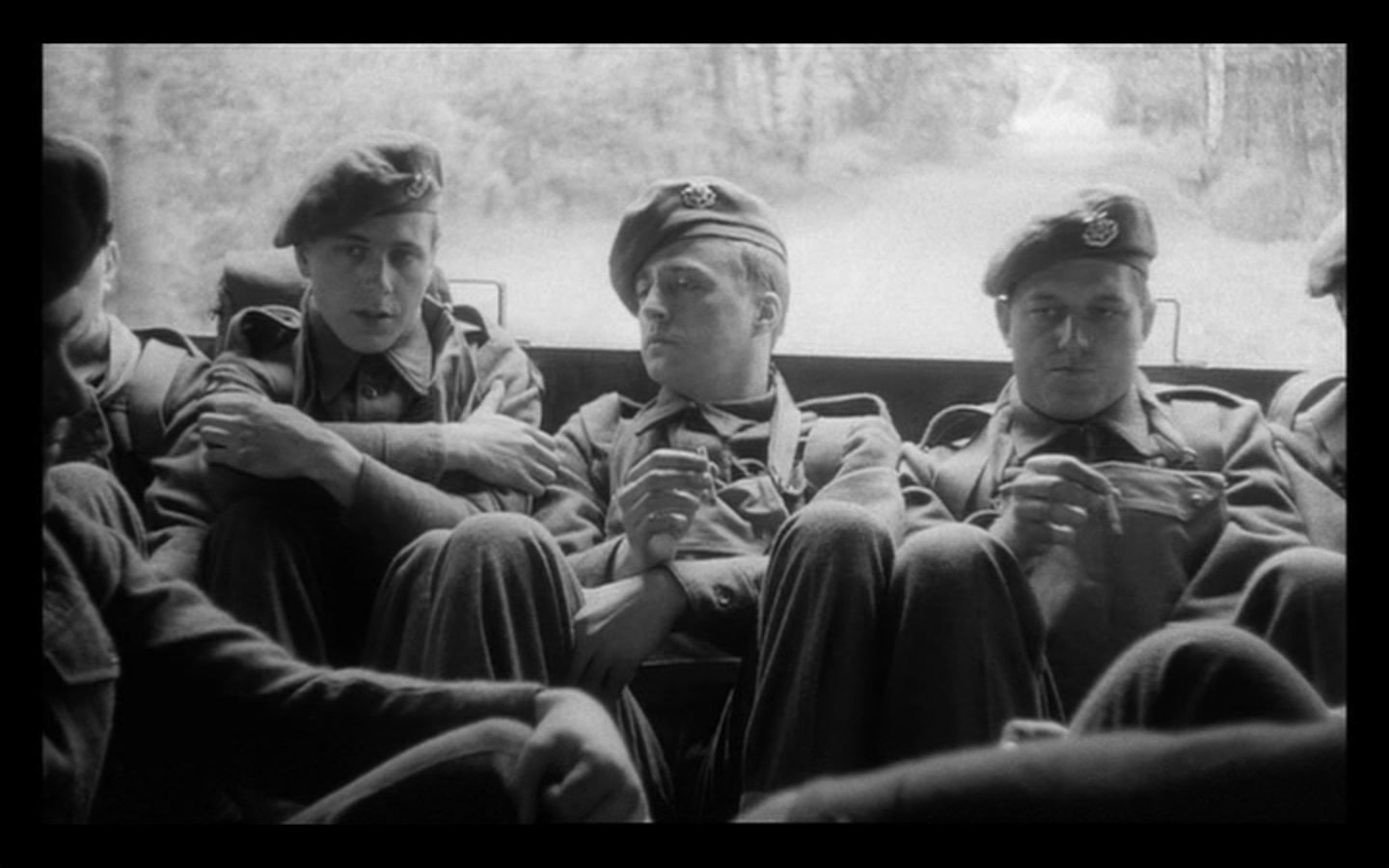 Stuart Cooper’s dream-like interweaving of stunning archival footage with the fictional narrative of the training of a new recruit, Tom Beddows (Brian Stirner), won the Silver Bear at the Berlin Film Festival in 1975, but Overlord (the codename for the D-Day landings) seemingly received little attention until Criterion recently issued it on Blu-ray. 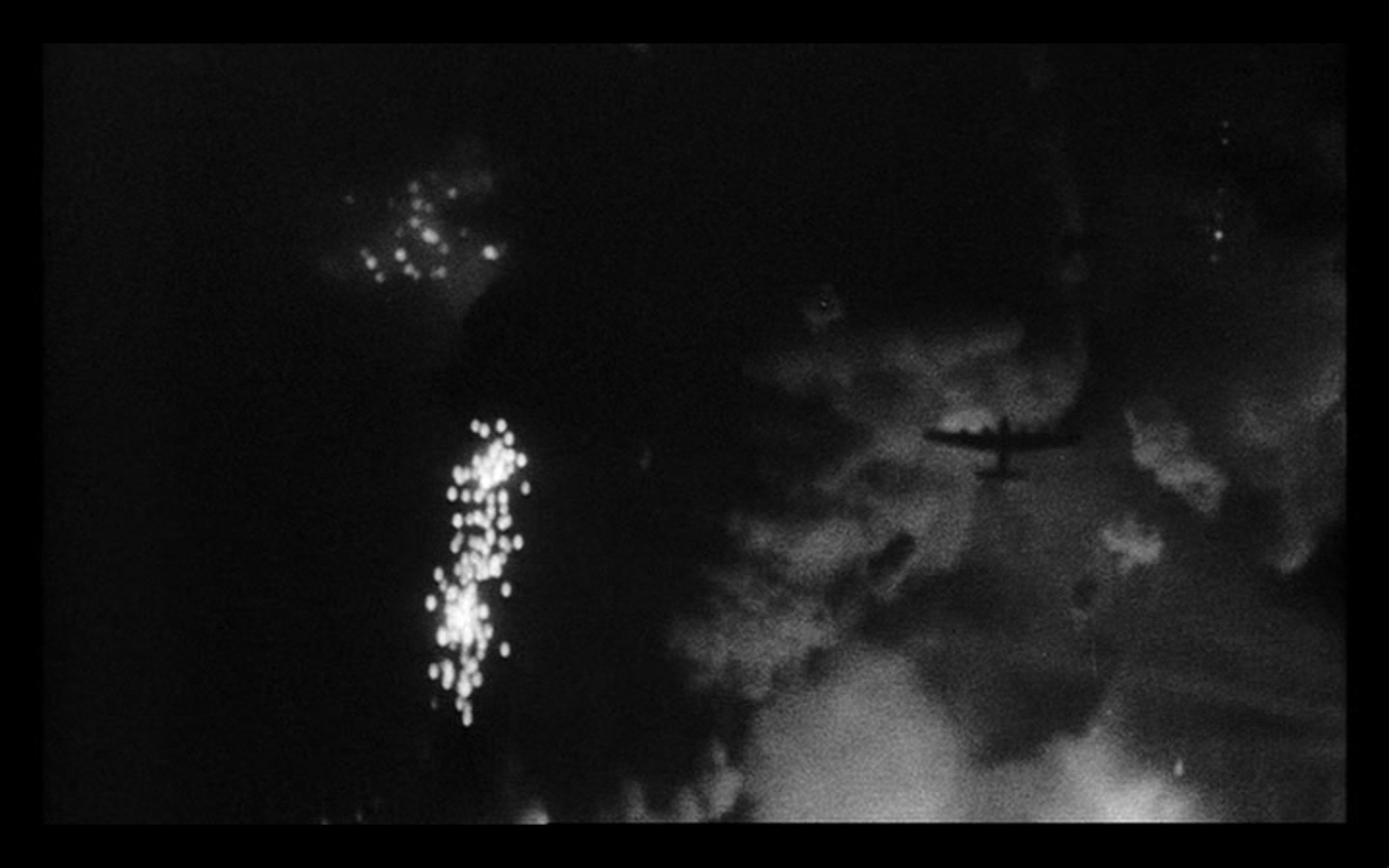 The film opens with archive footage of the civilian evacuation of Dunkirk after the Allied defeat. Defeat, albeit one that is usually presented as the epitome of British pluck, is an unusual way to commence a war film, but it is an early indication of Overlord‘s mix of sensibilities. The 1940s ethos of duty and stoicism is merged with the fatalism and disillusionment of the 1970s; while Tom, Arthur (Nicholas Ball), and Jack (Davyd Harries) could be characters in a Launder and Gilliat production, it’s difficult to imagine Eric Portman delivering a line such as “A G.I. told me where to find sympathy – it’s in the dictionary between shit and syphilis”. Here, sacrifice is not a noble act but the film’s fatalism remains mundane, never tipping over into melodrama: Tom says of his premonition of early death that “I can feel it, the way you feel it when you’re going to get a cold”. 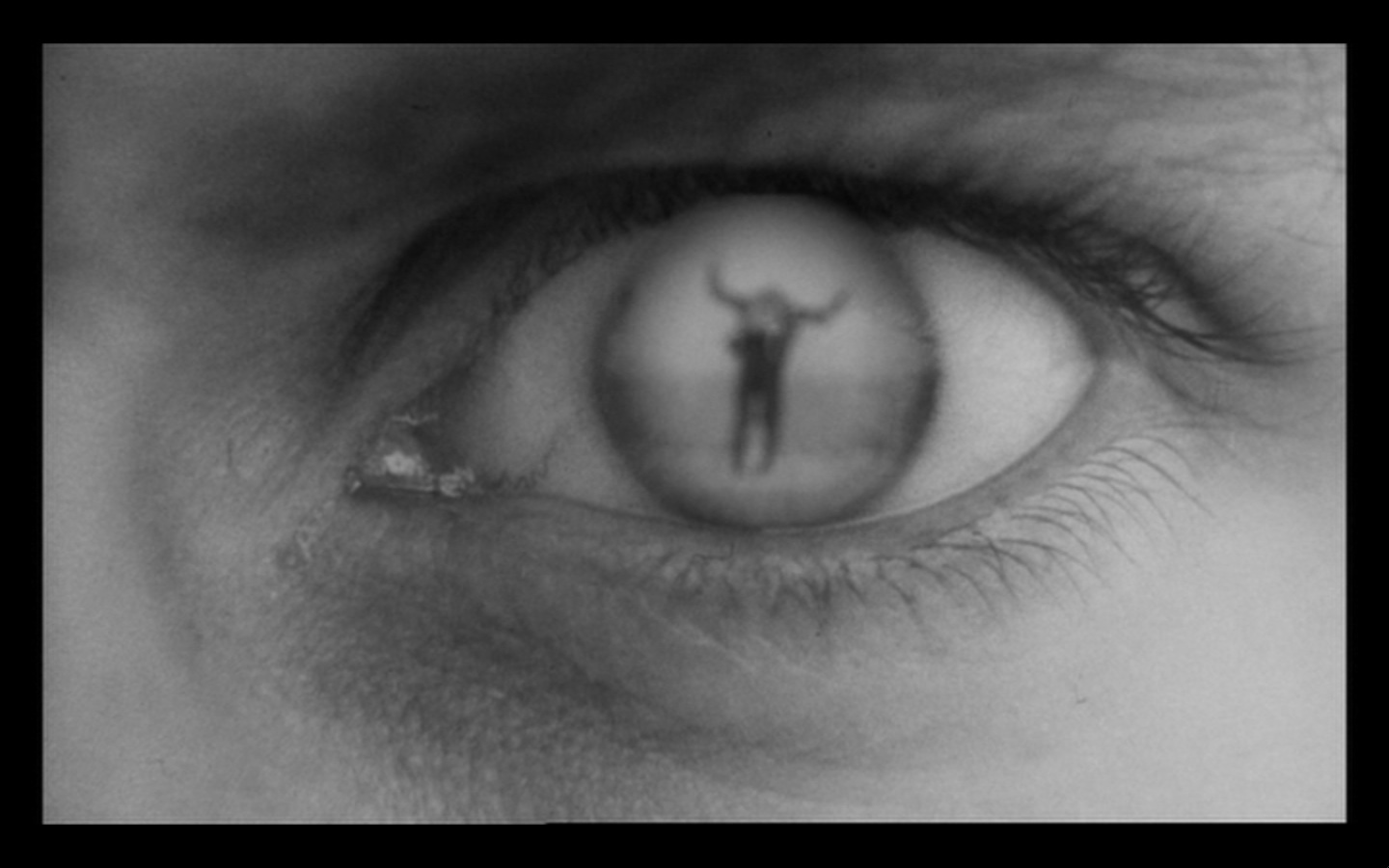 Cooper had access to the entire archive at the Imperial War Museum and found extraordinary images – the majority previously unseen – and then worked with DoP John Alcott to visually match the fictional sequences to the chosen archival footage. By using contemporaneous camera lenses and experimenting with exposures, they almost seamlessly entwine the images, and recreate not just the style of the archive but also the particular black and white palette of 1940s cinema. Canny editing aids the transitions and there is always a logic to them: for example, new footage of a Lancaster bomber heading out to sea fades into archival aerial film of a nighttime bombardment over Germany. The aerial material is often hauntingly beautiful but undercut by the juxtaposition of cause and effect, with inserts of bombed out cities and charred corpses. 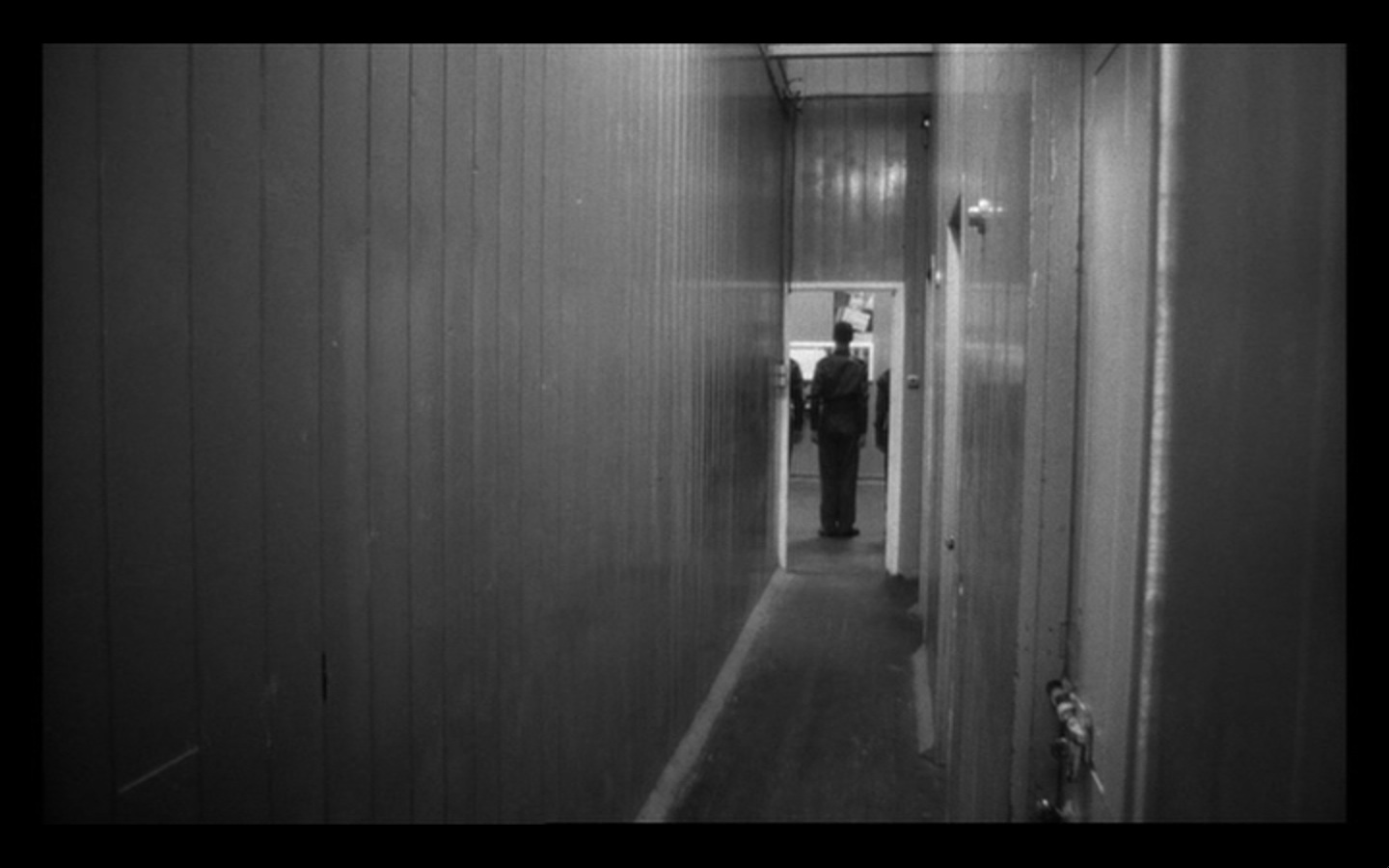 Tom’s narrative guides us through the broader historical significance of the archival images, and despite his evident sense of humour, the film’s fatalism is his own. The premonition of his death – represented by a recurring homage to Robert Capa’s ‘The Fallen Soldier’ – is subtly reinforced by Tom being framed within smaller frames in the image. This visually conveys the restrictive circumstances in which he finds himself, but the narrow rectangles (a doorway at the end of a corridor, an overhead shot of him stretched out on a bed, or the way the camera pulls back to frame him between trees in a forest) are also suggestive of the box that he suspects he will come home in. 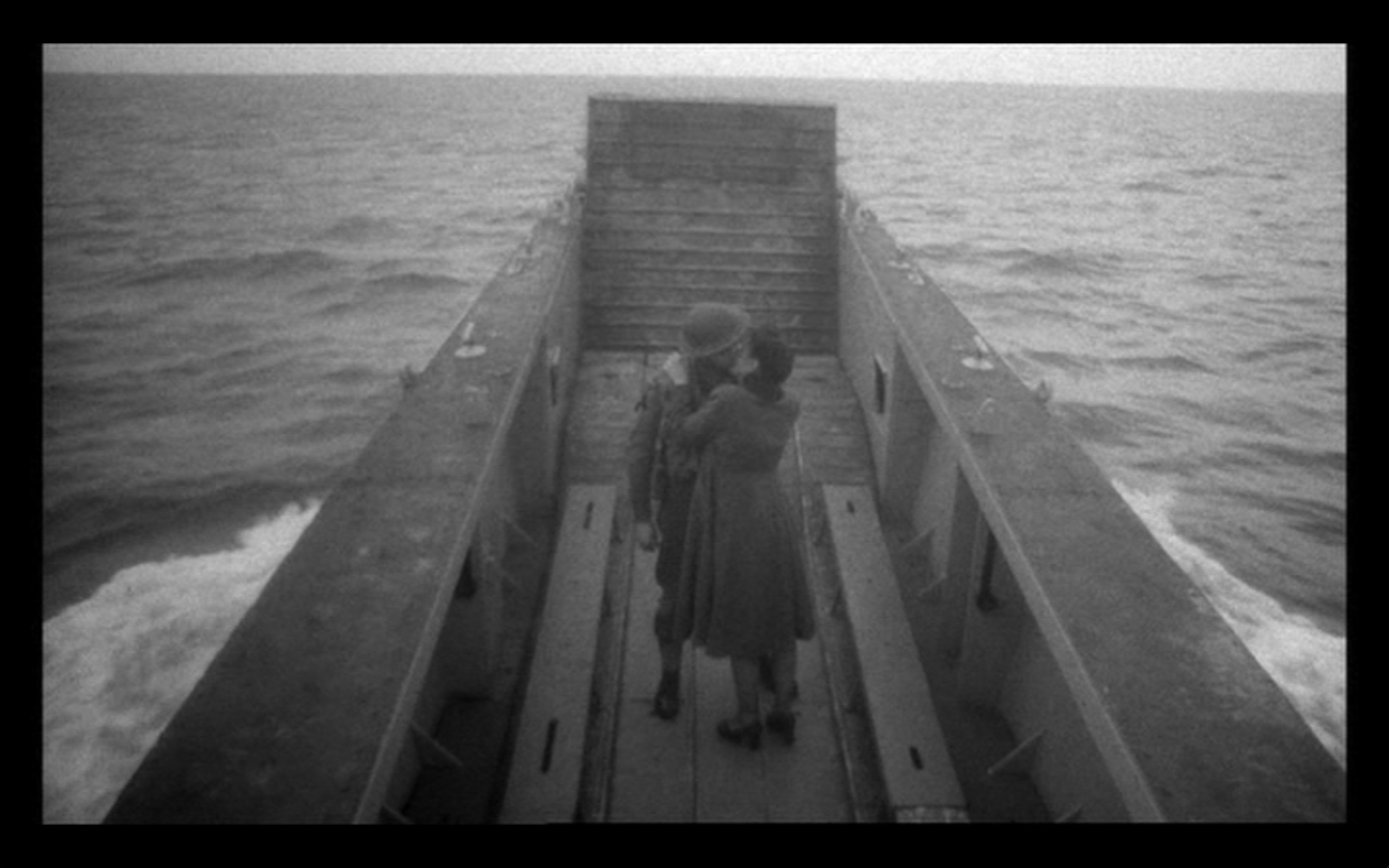 A visually-distinctive and curiously British combination of war, beauty, and sardonic bleakness (with traces of the romanticism of Powell and Pressburger’s war films), Overlord deserves its growing reputation.