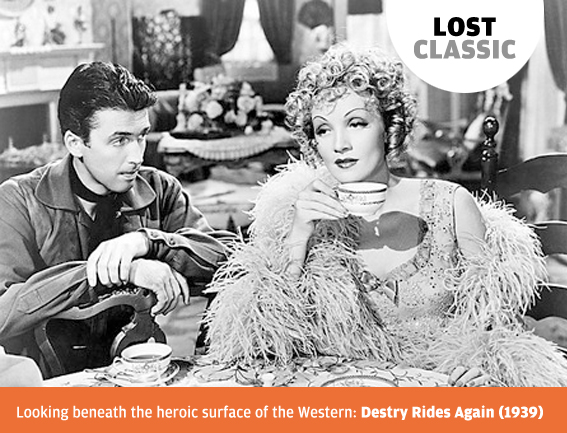 For film fans, Westerns are a serious business. In the Fifties, directors like Zinneman, Hawks and Mann garnered critical praise for their psychological realism and deconstruction of the genre. In the Sixties and Seventies, Peckinpah and Leone mixed stylized violence with mournful elegies in films which lamented the end of the frontier.

And today the few Westerns which make it to our screens are the auteur projects of Eastwoods or Coens, and come freighted with unwieldy significance. But there was a time when Westerns were less likely to be important, and more likely to be fun.  During the studio era, Westerns were the product of a well-tried formula. In these films, the good guys wore white and the bad guys wore black; everyone knew right from wrong and the hero really did ride off into the sunset. Of course, many of the films of this period haven’t aged well. Yet one, in particular, stands out as a great film, bridging the simplicity of pre-war B-pictures and the noir-inflected fables of the post-war period.

Not that this was recognized on its release: George Marshall’s Destry Rides Again didn’t even make the top sixty in Film Daily’s critics’ poll of the best films of 1939. Marlene Dietrich, appearing in her first Western, was already considered past her prime, and Jimmy Stewart, also donning his debut Stetson, had yet to become a true A-list star. Yet these two offer central performances which make the film rise as high above its formulaic roots as any subsequent Western ever has.

Before mentioning the stars, though, it should be said that Destry Rides Again is honest-to-God funny. Forget that its dissection of the heroic persona is at least a decade ahead of its time, or that its gender politics would have seemed radical in the Sixties; this is a Western where the comedy hasn’t aged a day. Mischa Auer’s Boris is particularly worthy of a mention, a madcap creation escaped from a Merry Melodies cartoon, who also plays a crucial role in the unfolding drama. When many of the greatest Westerns – The Searchers springs to mind – suffer from dated or labored jokes, compelling modern viewers to wince through large portions of the film, finding a Western that can make you laugh is no mean feat. 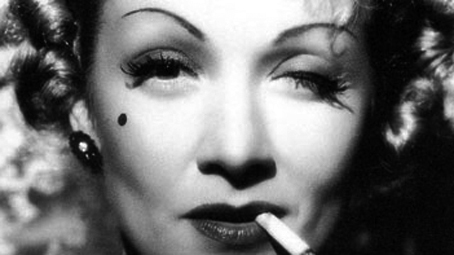 Funny as it is, the heart of the picture comes from Stewart’s Tom Destry. A pacifist lawman laden with his father’s deadly reputation, Destry is summoned to the town of Bottleneck by Washington Dimsdale, latterly the town drunk and recently its sheriff. Dimsdale hopes Destry will apply a bit of old fashioned rough justice and clean up the town. Instead, Stewart is all affable charm and folksy stories about ‘a fella he used to know’.  He doesn’t even carry a gun, and the closest he comes to a fight is being chased out of the saloon by Marlene Dietrich’s Frenchy.

Like Destry, Frenchy is a character defined by her surface. Where Destry appears harmless and naïve, Frenchy appears worldly and brazen. In both cases, however, the appearance is the opposite of the reality. When Destry tells Frenchy that she’s ‘got a pretty nice face under all that paint’, he shows the first glint of the steel beneath his own surface. Eventually, the anger underlying his stories becomes clearer – they are cautionary tales of men who lived bravely and died pointlessly – a fate he intends to avoid. His rigid adherence to the law, and even his pacifism are the weapons he uses to upset the balance of power on a frontier used to the law of the gun. Ultimately, though, Destry is forced into violence when Dimsdale is murdered, and here the film takes its most ingenious turn. Hearing that Destry is forming a posse to catch Dimsdale’s killers, Frenchy rallies the women of Bottleneck and exhorts them to prevent any more violence.  Despite the civilizing role often played by women in the Western, no more potent symbol of their power has ever been marshaled on screen than in this march upon the saloon.  With broom and rolling pin in hand, a monstrous regiment of women takes control of the frontier.

If the film ends, as it must, with the civilizing of the West, it also begins the process of opening up the Western hero. Stewart’s Destry offers only a slight hint of the mad-eyed capacity for violence the actor learned to display in his later years, but if you look closely when he raises his eyes from Frenchy’s body and stares into the camera, you can see the desperation of Howie Kemp, or Will Lockhart, or any of the other Stewart heroes in Anthony Mann’s tortured Western melodramas. More than ten years before High Noon and nearly twenty before The Searchers, this movie looks beneath the heroic surface of the Western and shows its painful contradictions. That it does so with a smile and a song only makes it all the greater.