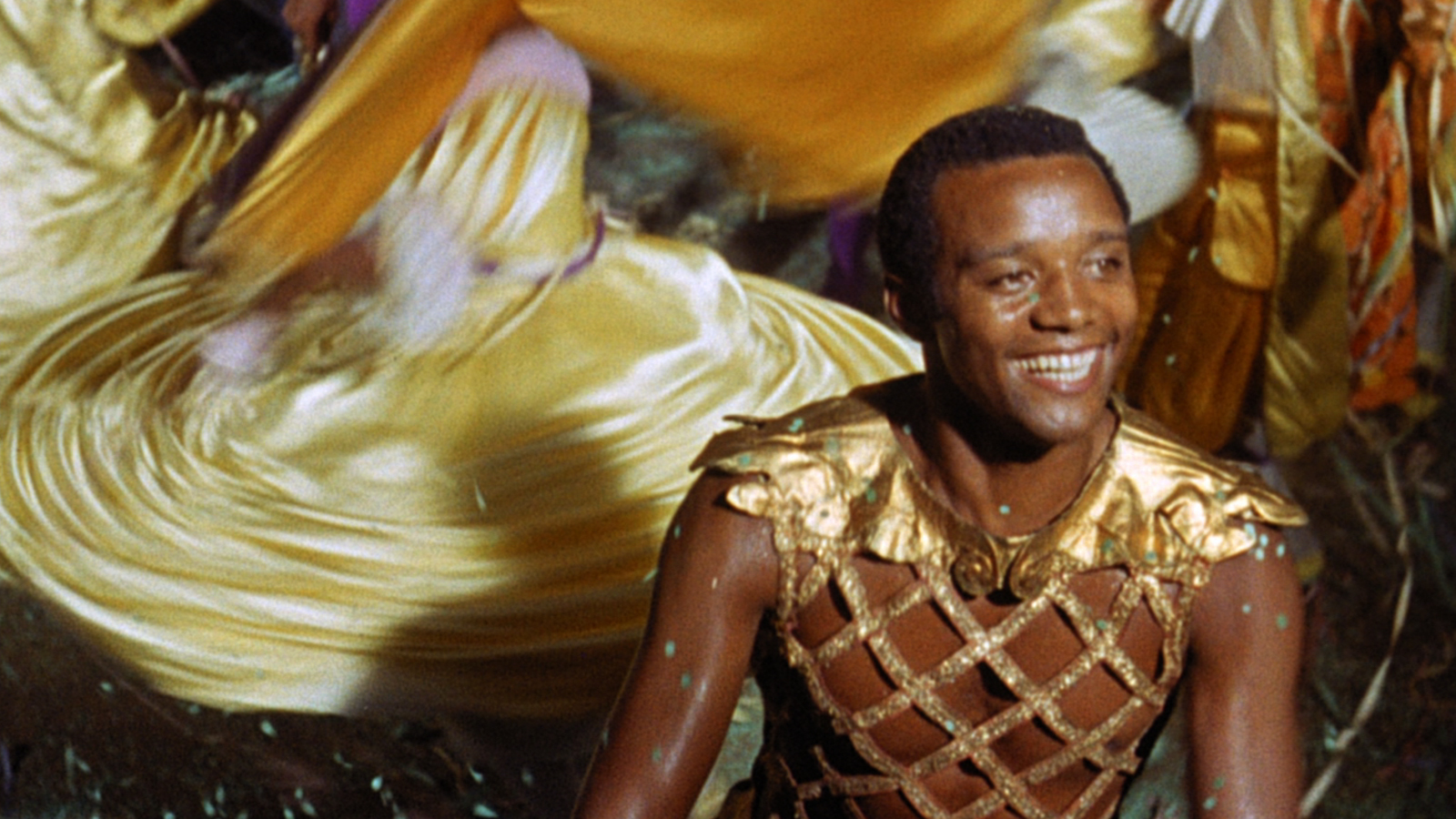 The moment the title card is smashed to pieces and the famous samba and bossa nova sounds burst through, ushering in a sea of colour and movement, is both a physical shattering and a symbolic one. This playful and powerfully energetic film is not faithfully translating the classic Orpheus story to Brazil, it’s reimagining it in the heat, sweat and delirium of carnival, completely to its own ends. From the opening moments, Black Orpheus rarely lets up, as Orfeu (Breno Mello) becomes besotted with Eurydice (Marpessa Dawn) and must have her, against the wishes and actions of his lover Mira (Lourdes de Oliveira) and an assassin cloaked as Death (Adhemar da Silva).

Orfeu is a playboy, always trying to keep his steady partner at arm’s length and clearly sowing his seeds wherever he can, albeit with a charm that keeps him likeable; once he falls for Eurydice, the stream of girlfriends and conquests that he has to navigate gives the film a real intensity and a dramatic predictability that motors the action along. It’s not a subtle film, nor one that gives much depth to its female characters. In truth, though, none of the characters are deep or complicated. That’s why the film works as a mythical retelling. The screen is awash with symbolic figures and archetypes.

The film plays fast and loose with the myth and is more interested in operatic emotion and spectacular music and dance sequences. It is a film driven by the raw physicality and immediacy of dance – which is a good thing, because the acting leaves a lot to be desired when viewed naturalistically. 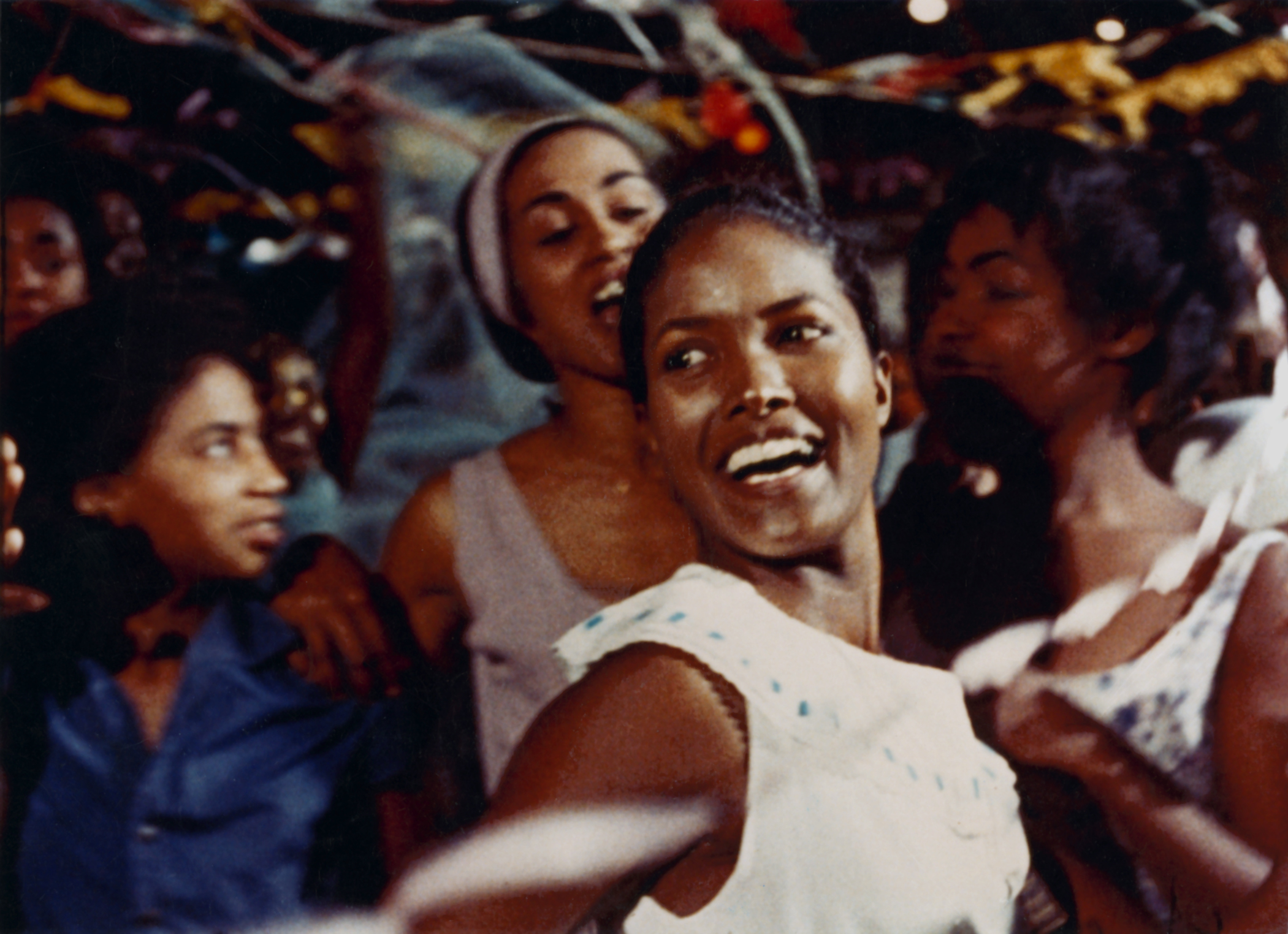 The new Blu-ray release of Black Orpheus really highlights the locations used. Taking place at the height of the Rio carnival, the film drifts between hilltop favelas and bustling city streets as the colour and pageantry of the world’s most famous carnival is gloriously realised. Its presentation of this environment has led to accusations of objectification, racism and exploitation – not least from Barack Obama, who has little time for it – ever since it took the world by storm in the late 1950s, winning both the Palme d’Or and the Best Foreign Picture Oscar.

However, Black Orpheus has energy and emotional ambition that feels innocent compared to many films with this kind of subject matter. Contemporary eyes, more accustomed to focusing through and acknowledging privileged viewing contexts, may baulk and sneer at the representation of street life and poor areas of the city, but the film seems genuinely unconcerned with providing social or cultural commentary. It’s the music that gives this away.

The melodies and beats – throbbing one minute and delicate the next – are a relentless accompaniment to the visuals. This is a film that wears its pure cinema credentials on its sleeve. Sound and vision, and physical and aural rhythm. Movement and space, and movement through space. It’s a portrait of a city through the creations of the city – both sonic and sartorial – and uses as its anchor one of the great stories of desperate, cursed love.

For the new release, an accompanying documentary focuses heavily on the music and dance elements that the film brought to global attention. It’s easy to forget, given the ubiquity of tanned, oiled and gleaming toothed dancers on Saturday night TV, where these forms come from. The joy of revisiting Black Orpheus is remembering and discovering these roots in a glorious context, and in one where the only pity the film really asks for concerns the doomed lovers at the heart of the story.

Black Orpheus is released on Blu-ray by Screenbound Entertainment on June 27th.