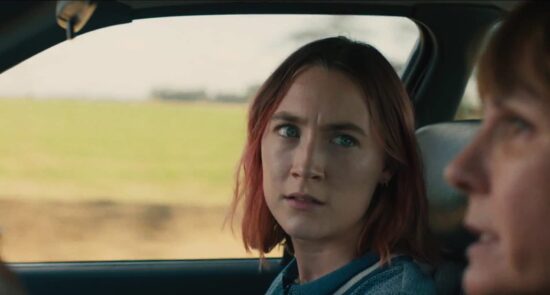 Christine (Saoirse Ronan), a theater kid with a rebellious air, starts off the movie by dropping out of the car after losing arguments with her mother, Marion (Laurie Metcalf). Like every teenager, she is edgy and obstinate with her own vision of a future, which is anything but what her small hometown promises. Lady Bird follows the basic rites of young adulthood (first kiss, first cigarette, first prom, first liberation from an oppressive household) but also is not afraid to show the ugly side-effects (first heartbreak, first disciplinary consequence, first homesickness).

Lady Bird, an alias for the main character Christine, is a relatable character not so much in her triumph as in her misadventures. For decades, movies and books have had a ritualistic habit of portraying the teenage years as this precious, glamorous and perfect period of one’s life (the High School Musicals have given me this unrealistic, high expectation, even as a pre-teenager). But occasionally, we do encounter films that are real and raw, and those – like Lady Bird – must be protected at all costs.

The highlights of the movie are – like one’s teenage years – turbulent. One minute, Christine is filled with bliss with her first boyfriend, Danny (Lucas Hedges), but the next she finds out his infidelity in a devastating way. She brightens after being noticed by a band guitarist and darkens when her counselor belittles her plans to go to elite colleges.

Greta Gerwig started off her solo directorial career on a high note with this semi-autobiographical film. You can see her originality in scenes when Christine and her friend Julie (Beanie Feldstein) eat wafers like chips, when Christine exits out of a driving car on a whim, and that intimate scene when she sleeps next to her mother. Gerwig knows the intricacy of female relationships, and she is not afraid to present it on the mainstream silver screen. 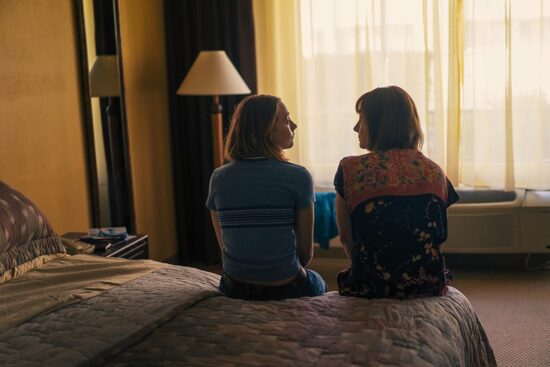 Lady Bird pays tribute to the humanistic aspect of filmmaking. Each character in the film feels like a relative, a childhood friend, and a significant other. There are religious undertones, but they’re not overbearing and add a moral compass to the storyline.

This film is especially endearing to me because I also went to an all-girls Catholic school. Like Christine, I also refused to go to a religious college (I ended up in a Catholic college anyway) and I was also confrontational with my mother. The film is eerily biographical to my teenage years, and many of my other female friends found the same resonance.

Lady Bird is so hyper realistic it almost felt like a documentary thanks to the committed direction of Gerwig. But even in the shortcomings of Lady Bird’s growth, we also find beauty, maturity, and a respect for motherhood, even as the bird has flown the nest.