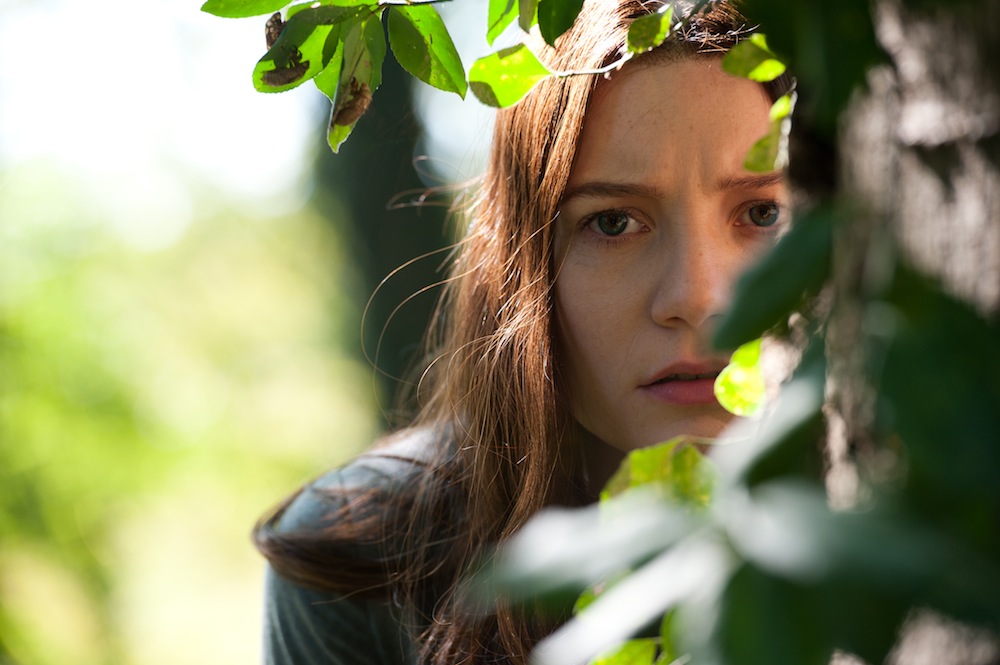 Stoker is a film replete with significance and meaning imposed on the positioning of its characters within the frame. A scene on a winding staircase at around 12 minutes neatly captures the moment when a crucial shift in power between India (Mia Wasikowska) and Uncle Charlie (Matthew Goode) occurs.

Louis Giannetti, in his hardy perennial film studies textbook, Understanding Movies, discussed the idea of ‘intrinsic weighting’ as applied to the motion picture. It’s a notion that’s wedded to the principle of the ‘Golden Section’, that rule of thumb common to theories of composition in the study of paintings which suggests that the balance and ‘rightness’ of a picture’s composition can be calculated through an equation. It may not always be immediately apparent to the viewer, but it’s not uncommon to find directors placing special emphasis on specific areas of the movie screen as a way to convey the often-shifting balance of power between characters.

Hitchcock was certainly noted for doing this; notice for instance where he places Joan Fontaine within the frame in relation to other characters throughout Rebecca (1940). Look especially at the left/right spatial tensions between Bruno (Robert Taylor) and Guy (Farley Granger) in Strangers on a Train (1951) and how at key times in the film they switch sides. Giannetti proposed that there is an inherent tendency for viewers to consider people or objects on the right side of a moving image as possessing the more powerful position. This may have something to do, at least in western cultures, with the tendency to ‘read’ images from left to right whereby eye movement direction effectively deposits focus and thereby emphasis on the right side.

Chan-wook Park’s Stoker, among its many attributes, has a field day with its character positioning. It’s a film that plays out for the most part inside the large Stoker family house and makes exceptional use of inter-related people-placing within interior spaces. At the wake for her recently deceased father, India encounters her uncle, a suspicious ‘relative’ she was previously unaware of. Solitary among the mourners, India sits at the foot of the stairs occupying the bottom right corner of the picture, possessing the balance of power yet simultaneously appearing vulnerable. When Uncle Charlie addresses her he is at the top of the staircase looking down, and in screen position terms he is upper centre-right and looking down to the right, suggesting that he is seeking to encroach into India’s far right portion of the picture.

India ascends subordinately, and after a brief pause when her eyes share the same level as his, Uncle Charlie begins to descend. The long shot of the staircase uses door frame angles and the sweep of the steps to indicate a top left to bottom right direction. The choice of camera angle after the two pass each other ensures that, although his trajectory is now downwards, Uncle Charlie is now firmly on the right yet still occupying the upper portion of the picture, suggesting that in this moment of passage it is suspicious Uncle Charlie who now has the upper hand.