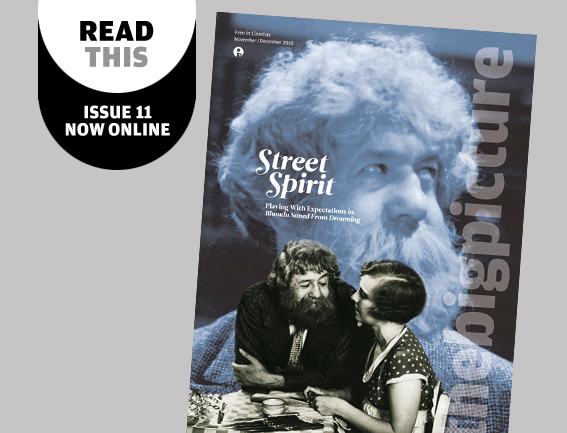 Ahead of the print edition being available to pick up at select independent cinemas from November 20th, you can now download the new issue to enjoy in its full small screen glory. Ok so it doesn’t smell as nice as the print version, but it’s still rather tasty.

Themed around the re-release of Boudu Saved From Drowning – Jean Renoir’s hilarious and raucous exposé of the hypocrisy of the bourgeoisie – the issue explores prejudice, class divide and life on the skids.

Along with the usual roundup of classic film posters, features include a look at the Coke bottle from The Gods Must Be Crazy as iconic symbol, Scotland’s Screen Machine mobile cinema, a location focus on Beverly Hills, 1000 words on Melvin Peebles, Black Power and the Birth of Blaxploitation and a profile on film poster artists AllCity Media.