I began 2016 by watching a lot of Masaki Kobayashi. It was a year that year marked both the centenary of his birth, and the 20th anniversary of his death. My aim was to deepen my knowledge of his work, and to pay homage to a filmmaker I greatly admire by writing articles in which I hoped to do proper justice to the artist.

During Christmas 2015, I was busy writing about and watching one of his masterpieces, The Human Condition, an epic nine-and-a-half film trilogy that follows the journey of young, naive Kaji from labor camp supervisor to Imperial Army soldier to Soviet POW. Dealing with themes of corruption and existential tragedy, it’s certainly not a festive film, at odds with a time usually associated with peace and harmony. Unsurprisingly, the film put me in a gloomy, mentally-exhausted mood. Yet despite this, it had an indelible effect on me, evoking strong emotions I would not have wanted to miss out on – and went on to enhanced the last few days of the year for me. 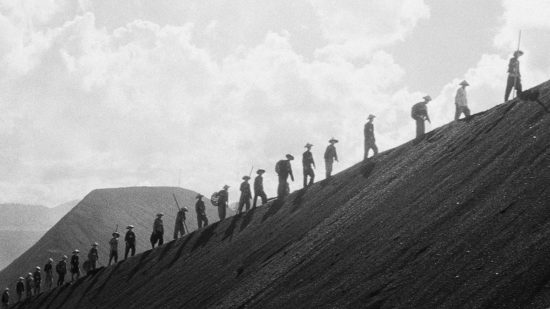 Since childhood, the title has resonated in my memory. I recall my father – not at all a film buff – was greatly impressed by it: I learned about The Human Condition via his memories. Later, when I was studying in Paris, I was at last able to experience it with my own eyes. It was there and then that I developed a passion for Japanese filmmakers and writers, and a growing interest in Japanese culture.

A research project on Clint Eastwood’s Iwo Jima diptych unfortunately came to nothing, but while I was putting together a dictionary of Eastwood’s work, Flags of Our Fathers and in particular, Letters from Iwo Jima really caught my attention. It was as if these two films pushed me to finally recognize a hidden fascination, and I felt the urgent need to watch Kurosawa’s and Kobayashi’s films again before daring to write about them.

A trip to Japan in the year of Kobayashi’s centenary turned into a sort of pilgrimage and a kind of personal mission. I was intrigued by the number of people I talked to in Japan who had to Google his name. This unfamiliarity is perhaps unsurprising for the oeuvre of a filmmaker who hated to compromise, and who never stopped criticizing political and social conformism in Japan. 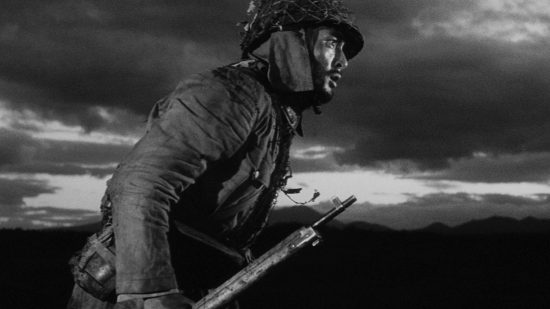 Watching The Human Condition again in 2015 was not at all a déjà-vu experience. On the contrary, it was as intense as at the first viewing. Almost 60 years after the release of the first part, Kobayashi’s trilogy is still a remarkable pacifist statement in which the filmmaker asks difficult questions about Japan’s war responsibilities and about the effect of the Second World War on the Japanese people. “Treat human beings as human beings,” says Kaji (played by Tatsuya Nakadai), the film’s protagonist. Simple, but often ignored words: Kaji is a man who tries to do the right thing, but is continually hampered by his own limitations.

Both victim and culprit, he does not become a lofty heroic figure. it is Kaji’s struggle against the contradictions within himself that reveals him to be a human being. It is a portrait of a man torn between an acceptance of his socio-cultural identity and his growing awareness of the failure of the system he serves – a theme that has universal appeal, and is just as relevant today as it was in 1959. Kobayashi’s humanistic vision and anti-violence stance is what makes him an artist whose work should be better known to us today, and I hope that I can contribute to this.