The trench is the opposite of a statement piece. It’s equally embraced by men and women, molding itself to the wearer. And it couldn’t reflect two more different characters than those of Meryl Streep’s Joanna and Dustin Hoffman’s Ted in Robert Benton’s Kramer vs. Kramer (1979).

But before getting into his and her trench, there is another image that best reflects the two different personalities that their clothes portray. It is not even in the film, but a still set photograph –more proof that good still photography has the ability to capture the essence and the look of an entire movie in one shot. 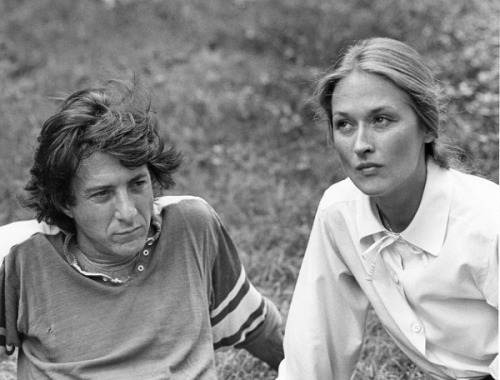 It is this image above: her wearing a buttoned-up white blouse, him dressed in a well-worn sports top. In one single shot, their characters are established, allowing us to read into them. They couldn’t be farther apart from each other; their goals in life couldn’t be more different.

Costume designer Ruth Morley dressed Meryl Streep and Dustin Hoffman in clothes that epitomise the fashion of late 1970s, but which equally, and most importantly, define their characters. Ted’s clothes are made for living, in classic American style. He is a working man, but after his wife leaves him and their son, he takes care of their little boy, too. His clothes are a good indicator of that. They are practical, lived in, and often able to transition effortlessly from work to play.

Even at the beginning of the film, when Ted comes back from work to hear that Joanna is leaving him, he is dressed far more casually than her in jeans, a white tunic shirt and a navy blazer – whereas she is wearing a buttoned-up blouse, shirt suit, heels and a Hermès bag, and carrying her trench on her arm when she leaves. We are somehow prepared to understand that underneath Ted is much more than a workaholic advertising executive whose thoughts are almost entirely centered around his new account.

Joanna’s clothes, on the other hand, are quite the opposite. She only ever wears skirts and elegant blouses, even when she is not a working mom, even when she returns and takes her son (Justin Henry) to the park for a day – she is wearing heels and her three-quarter length Burberry trench carefully fastened up. 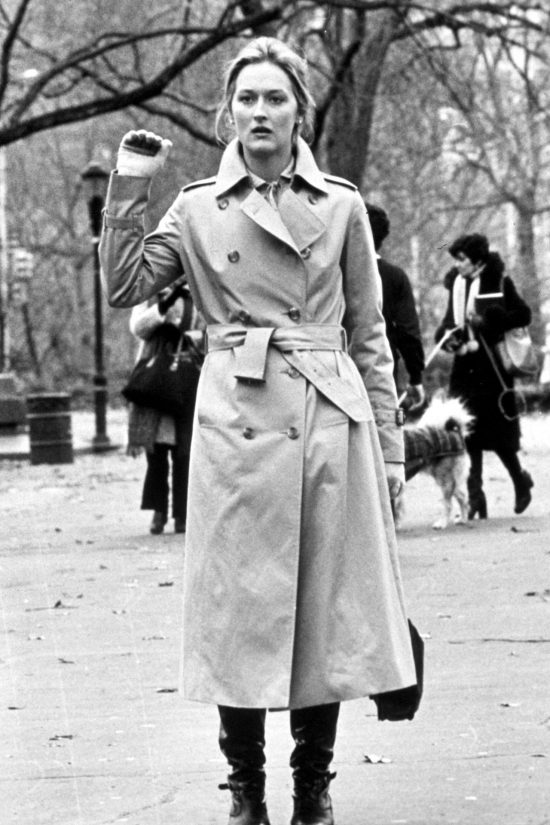 The second time I watched the film (a couple of weeks ago), Joanna’s buttoned-up clothes reminded me of Amy Adams in Tom Ford’s film  Nocturnal Animals, where Adams’ character, Susan Morrow, uses clothes as a glamorous armour, a façade, a front to mask the turbulence beneath the surface. In the same sense, Joanna’s polished looks betray deep emotional turmoil, despite her trying to look like she is maintaining control.

Her clothes don’t change much after she leaves her family and son in order to make peace with herself in the hope she will be a better mother. And this consistency in her wardrobe shows that she has no alternative but to come to terms with the difficult choice she has made. Her life will not be any easier from now on and she knows it: “Believe me, I have to live with it every day of my life,” she confesses during the trial for the custody of her son.

Streep’s straight, steep, strict trench maintains the silhouette and iconography of the classic noir trench – a no-nonsense masculinity, an independence, a compromised and confused individual, living a life of toil and loneliness outside the realm and conventions of domesticity, negotiating life the best she can while trying, and failing, to maintain control. 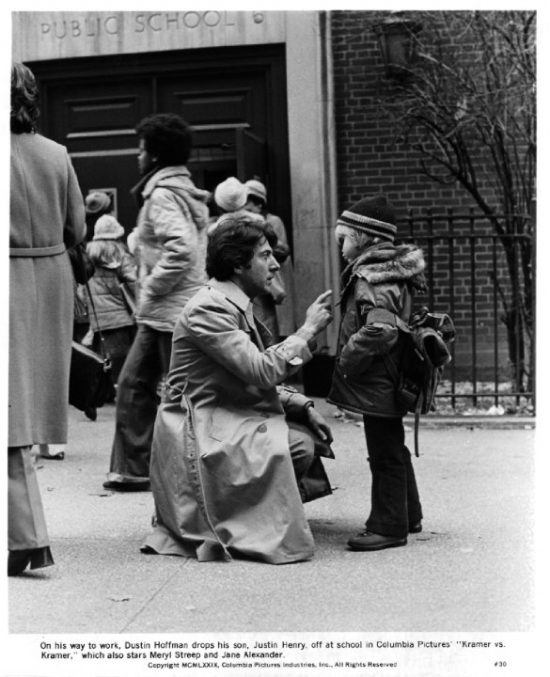